Ahead of NAB 2019, Chinese company Z CAM has announced three new versions of their Z CAM E2 camera, with S35 and Full Frame 6/8K sensors. Now during the show, we had a chance to talk to Kinson Loo from Z CAM and hear more about what to expect. Let’s take a look at this upgrade!

At NAB 2018, we already had a chance to take a look at the original Z CAM E2. In case you are not familiar with this compact camera, it is built around a Micro Four Thirds mount and sensor with 10-bit color support, 13 stops of Dynamic Range (16 stops when set to WDR) and can shoot in 4K DCI at up to 120 frames per second. The camera supports recording in ProRes 422 HQ/Normal/LT as well as H.265 and H.264 codecs. It records directly onto CFast cards and also includes time-lapse modes. 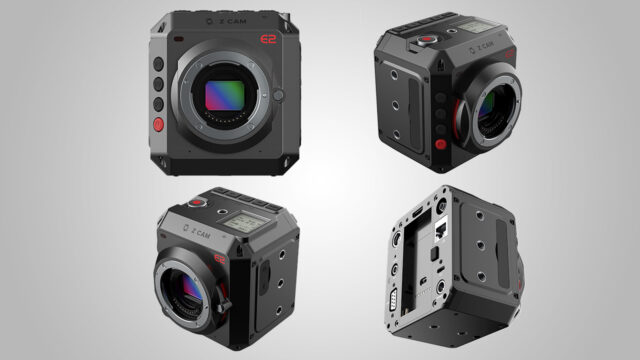 The Z CAM E2 follows the “brick” look – like the RED ecosystem – and you will need some accessories to make it work properly. Some third-party manufacturers have started to implement it in their development, like PortKeys with their BM5 that can control the camera.

This style of cameras usually comes with lots of external ports, and the Z CAM E2 is no different. There is a 10-pin LEMO port for timecode sync, as well as a 2.5mm LANC jack. In terms of audio, there is a 3.5mm mic output plus headphone jack and a 5-pin LEMO port for a dual channel XLR microphone. To power the camera, you can use Sony NP-F batteries or use the DC 12V 5A LEMO power port. Finally, there is an ethernet port for control/setting/live streaming, a Wifi antenna port, a USB port, and an HDMI output. Also, you have full camera control (including monitoring) through a phone application. 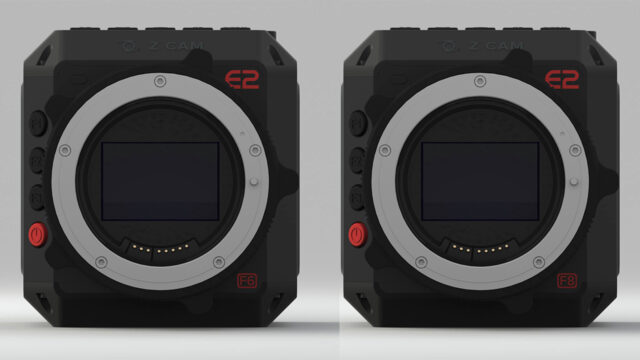 Other than the sensor upgrade, all the features are the same as can be found in the original Z CAM E2, including the same 10bit ProRes recording to CFast cards. Z CAM only published the spec sheet for the 6k S-35 version that you can check out below. On the recording format front, the company will support internal RAW recording via a firmware update soon. More details will be revealed at the end of April. The new Z CAM E2’s will be available in October 2019. To me, pricing is impressive, for cameras with that many features:

What do you think of the new Z CAM E2 versions? Will you consider buying one? Let us know in the comments down below!