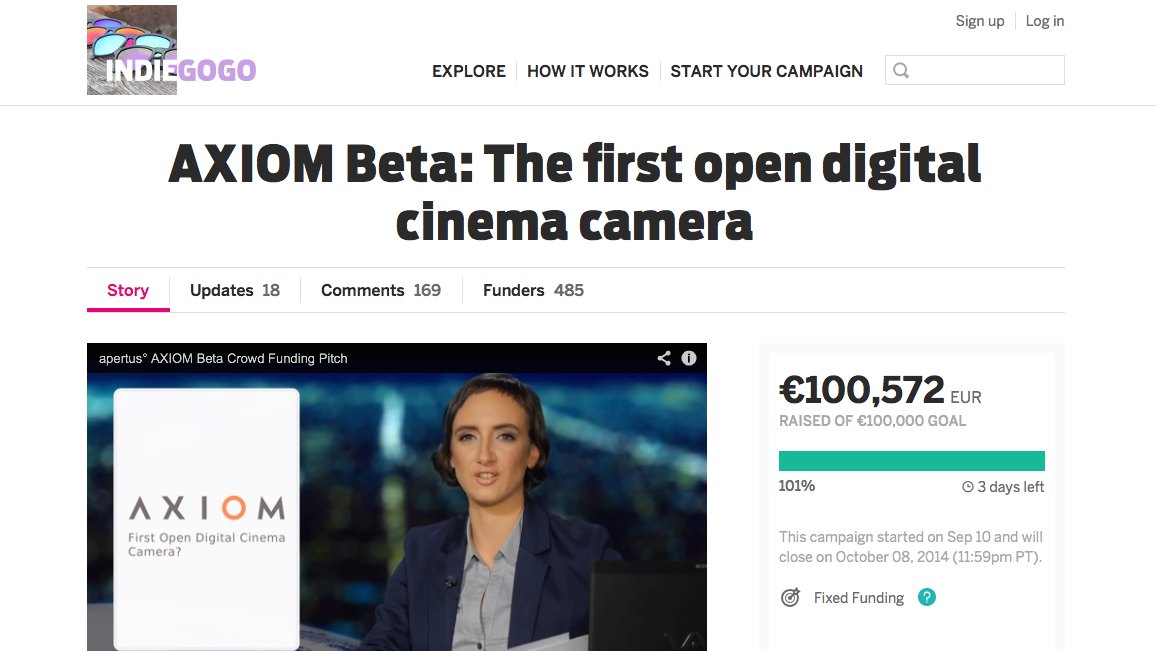 Our friends from the Apertus Axiom Open Source Camera have reached their crowd funding goal of €100,000 three days before the Indiegogo campaign is over – an impressive achievement. 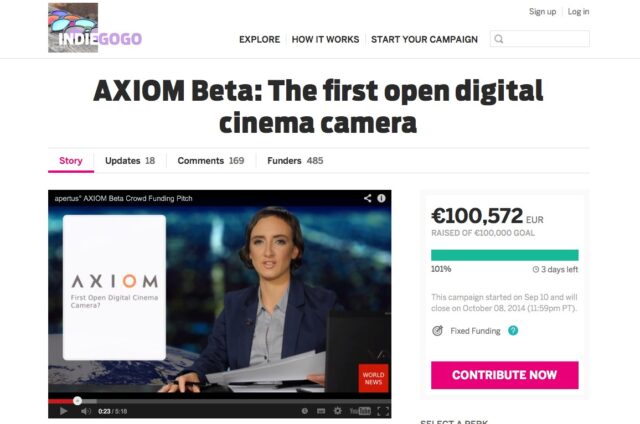 There are a couple of stretch goals at 110,000, 120,000 and 130,000 Euros respectively, which would add a remote for the camera, an active EF mount, and an active NPF battery mount to the Axiom. To reach these goals within three days is tough, but I have no doubt that they would still work on those things in the future even if the stretch goals aren’t reached within the limits of the crowd funding campaign – but of course it’s a great way to keep people investing into the system at this point in time. 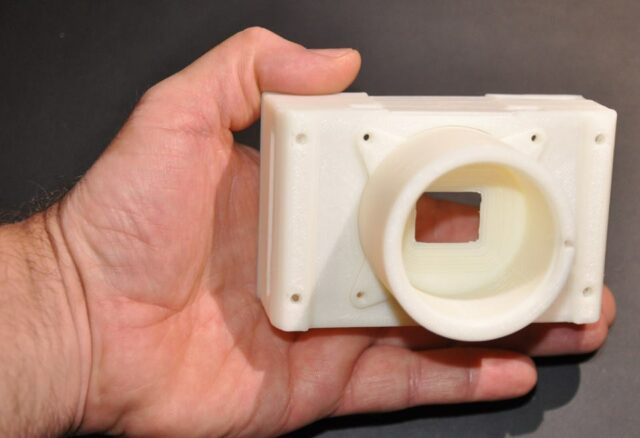 Given the fact that Apertus is planning to ship the Axiom “Beta” version of the camera to backers in April 2015 (that’s in little over 6 months from now), it’s surprising that they only just now printed their first mockups in 3D, which show the tiny size of the final camera. The shape closely resembles the Blackmagic Cinema and Production Cinema Cameras in my opinion, but the 3D print proofs that it’s quite a bit smaller than these cameras.

It might be not much time until April, but given the fact that the team has managed to surprise us before with impressive demo footage (and the rampant success of this current crowd funding campaign), I think it’s safe to say that they will do their very, very best to deliver in time.

Also, new impressive alpha footage from the Axiom prototype has surfaced – and for us here at cinema5D’s main office in Vienna, it’s nice to see some familiar faces from the local film community in the footage. Combine that with good lighting and you have a nice little demo reel of a camera that has a lot of potential …

Last but not least, it’s great news that the team behind Magic Lantern will be developing for the open source Axiom camera as well – that’s quite impressive given the track record of Magic Lantern and what they have added in functionality to Canon DSLRs over the years.

Apertus also added additional sensor options (16mm and Four Thirds) to its line-up, already underlining their quest for a removable sensor unit with the Axiom camera. 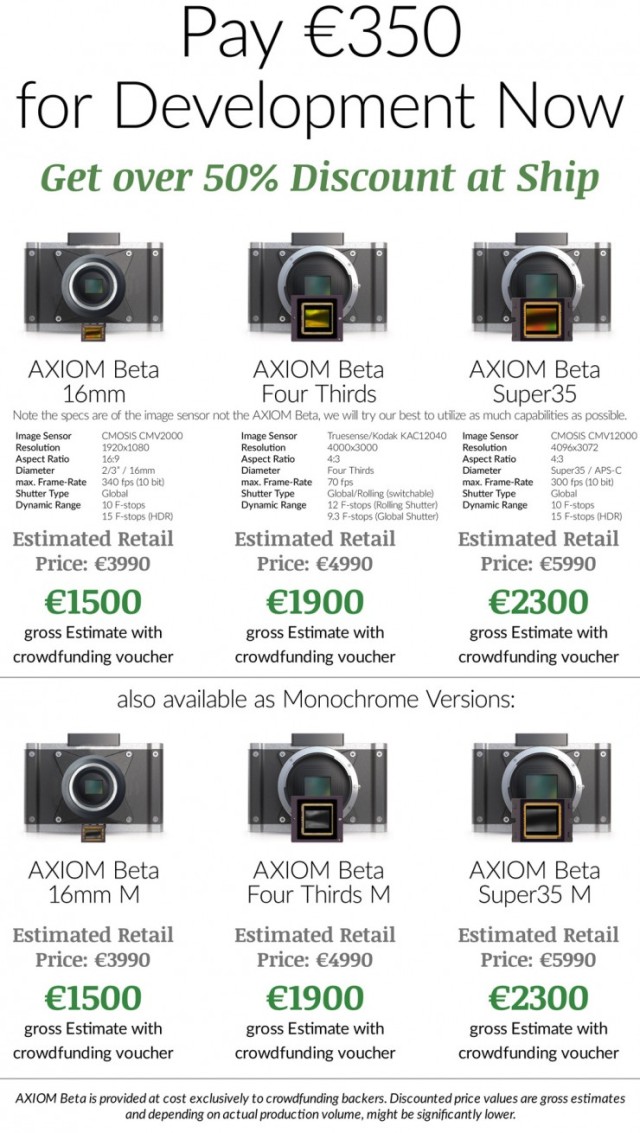