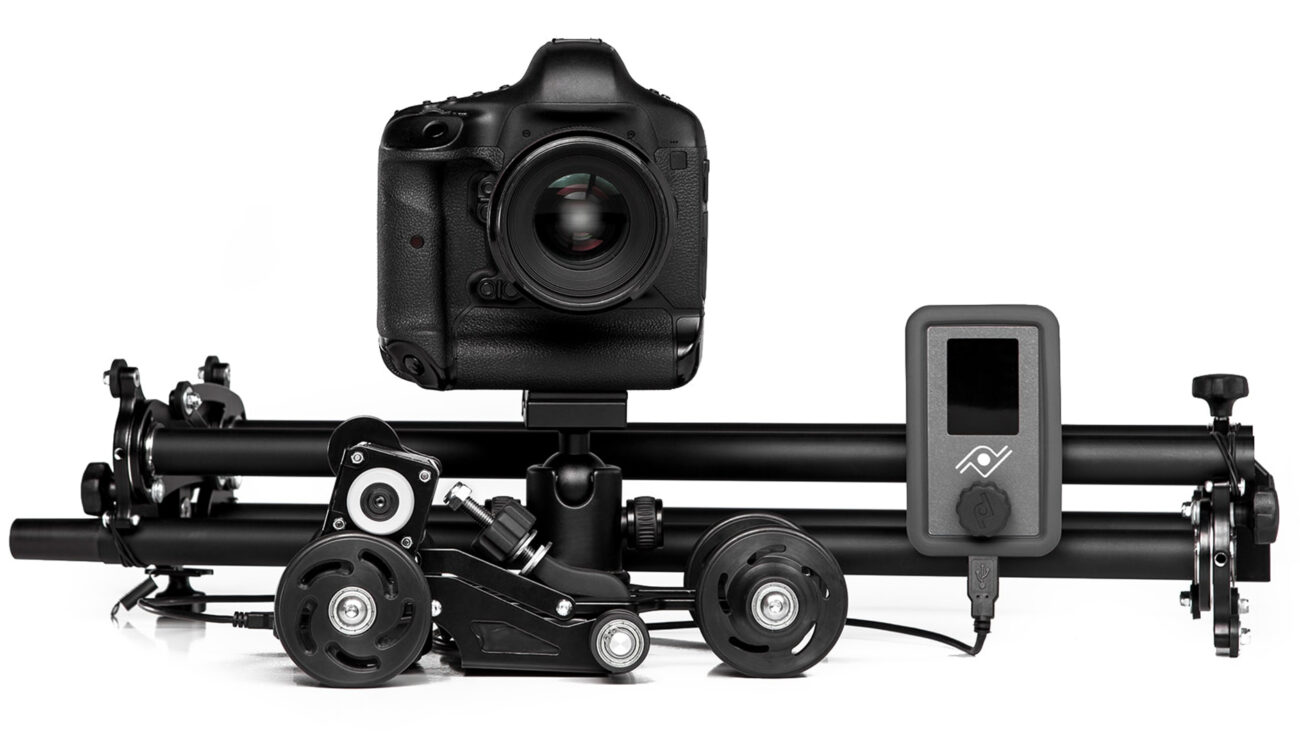 Kickstarter projects usually raise expectations for a product still to be developed. This time it’s the other way around: The Apodo Slider/Dolly already exists and is sold in Spain. With the help of a kickstarter campaign, the company has set itself high goals to deliver the Apodo worldwide (and for a 25% discount). 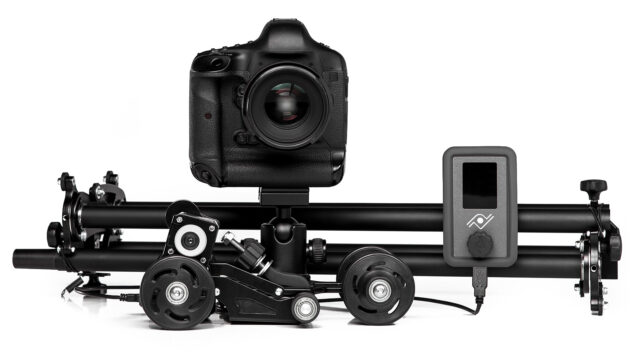 The Apodo is both, a slider and a dolly.

The Apodo Slider/Dolly ticks several boxes: It’s compact, it’s versatile, it’s a slider, it’s a standalone dolly (on flat surfaces), the tracks are foldable and it’s remote controlled. Furthermore, you can add a panning axis (which is being controlled remotely, too) and the remote can be either wired or wireless. Quite a lot of features for such a compact device, I would say.

To make it very clear from the beginning: This device is already there, it’s not just an idea or a prototype of some kind. It is already being sold in Spain and the Kickstarter campaign should help to make this device accessible to a wider (worldwide) audience.

It’s a hybrid system which includes a remote controlled camera dolly, desigend for carrying DSLRs and mirrorless cameras and a track system in case you need an angled move or the terrain is too rough for the dolly alone. Or you can mount the tracks on tripods in order to pull off an interview, of course.

For all the details, watch the campaign video below:

The campaign has just started and runs for almost another month. Roughly 10% of the $30.000 funding goal have been raised so far. There are 10 tiers to choose from. Ranging from 506€ all the way up to 1.099€ you can choose the set which suits you and your projects best. The remote control unit can handle several common shooting scenarios: Manual movement, automatic A-B movement, Time-lapse (drive-shoot-drive), stop motion and even advanced programmed movements with multiple points.

The Apodo Dolly with (right) and without (left) the panning module.

The gear belt which comes with the tracks helps achieving vertical movements.

The company seems to be very active in the comments section of their Kickstarter campaign page which is always nice to see. Furthermore there’s an update available already. That update introduces the option of choose a wireless version of the otherwise tethered control unit.

What do you think of this hybrid design? Something worth considering or just another slider (or dolly)? Share your thoughts in the comments below!