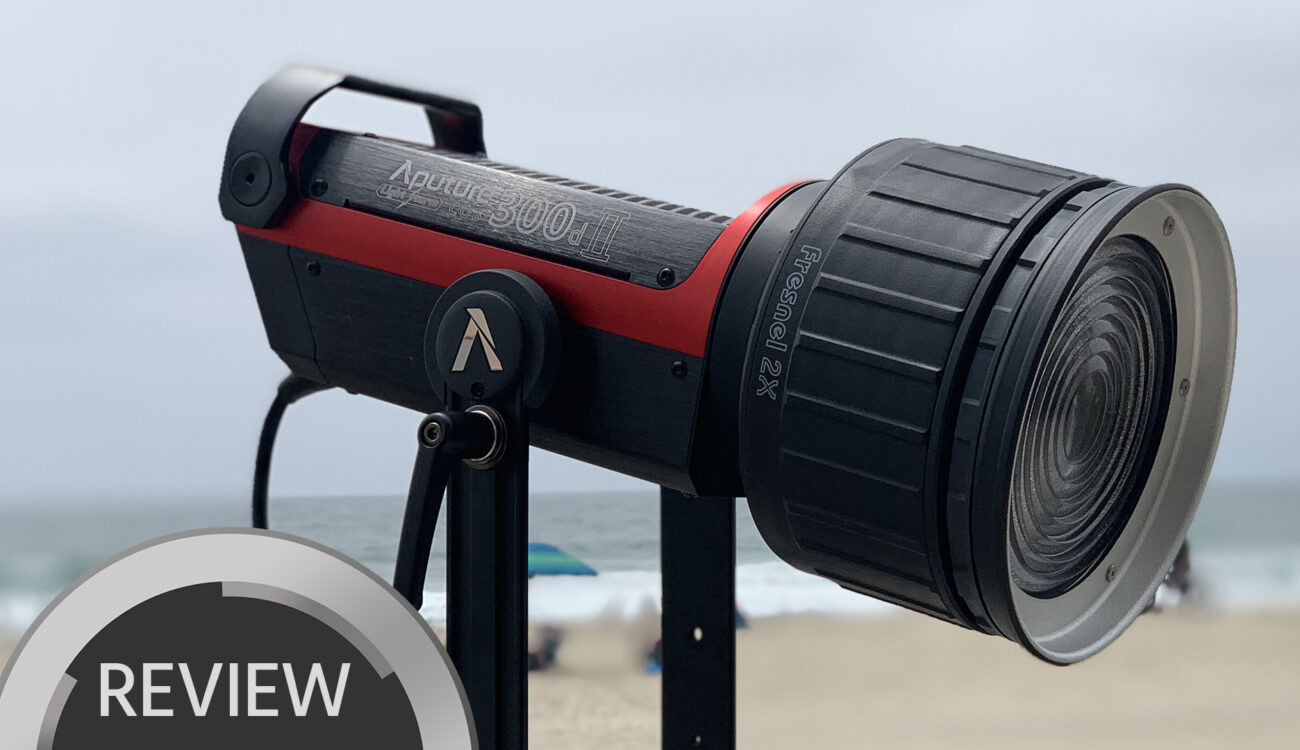 The daylight 300D MK II is a welcome improvement over Aputure’s first generation of COB (chip-on-board) lights and it fills one huge gap for LED lights in general. I spent several weeks putting the new light through a variety of field shooting situations. The full review is below: 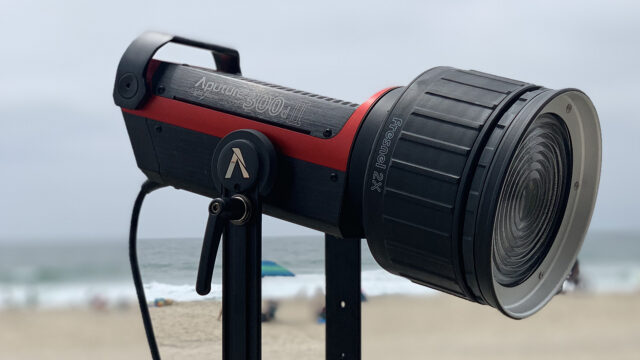 The 300D MK II on the beach with the Fresnel 2X attachment.

We first heard about the 300D MK II at NAB earlier in the year, and even then it was clear that Aputure was working hard to address some of the criticism from the first 300D. If you’ve visited the Aputure user group on Facebook, you’ll find a vocal community whose concerns and feedback are seemingly taken very seriously by the company they patronize. In short, the new 300D MK II is a significant improvement and it feels like the community had a hand in assisting with the design to some extent. I love when I see a manufacturer listening to their users and I hope that mentality spreads to other manufacturers when possible. 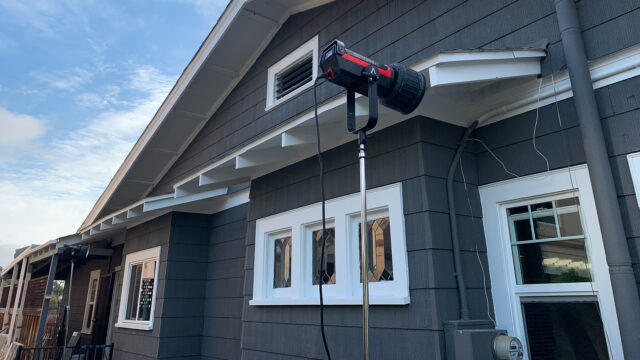 The 300D MK II with Fresnel 2 providing a sunny early morning source on a shaded side of a house. Image Credit: Graham Sheldon

For this review, I used the light on the first season of an upcoming unannounced TV show, a music video, and a product commercial. This amounted to several weeks of time with the 300D MK II and I tried everything I could think of to break it short of flinging it onto cement. My objective with this review was to really put the light through its paces in the field and review its practicality. Mainly, my aim was to discover how this fits into a kit and whether it’s worth shelling out your hard earned overtime bucks. My primary questions were:  Is it versatile? Is it hardy?

Aputure has never had a problem creating excellent kits with their lights and that hasn’t changed here. The kit is fully turnkey out of the box. Everything comes neatly packed with a case that is undoubtedly more heavy duty than with the previous generation. It still isn’t a Pelican-style case and that means I full nervous keeping it on a truck, but maybe that’s something I’ll get over eventually. The company claims the case can withstand 220lbs of pressure and I have no reason to doubt that.

The 300D MK II aluminum body itself is well built and the yoke now spins a full 360 degree rotation which opens up more mounting possibilities. 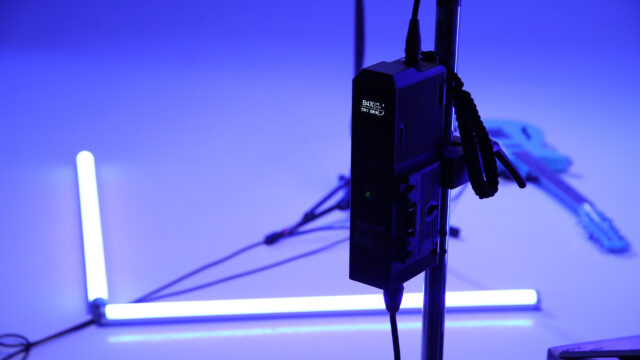 The dual ballast controller is particularly impressive right out of the box and mounts quickly to stands using a hefty metal bracket. It feels like it can take a beating and there are no more antennae to break (great news!).  Setting up the light also seems faster when compared to the previous generation because of the reduction in required cables by combining the controller with the ballast and the whole setup takes maybe three minutes. Unfortunately, the second generation Fresnel no longer fits in the same case as the 300D MK II when you remove the Standard Reflector. I personally always kept the first generation Fresnel in place of the reflector in the kit, but that is my preference. More on the new Fresnel in a moment.

I didn’t get a chance to do a head to head comparison with the previous 300D to test the fan noise, but the dual fan MK II seems significantly quieter and the audio department never once complained on any of the shoot days — which is a good sign. 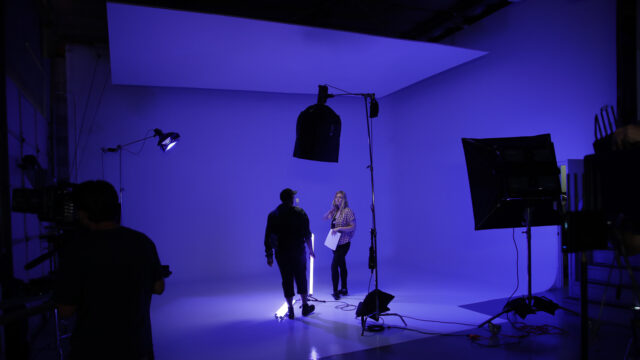 In this space, we lit with Astera Tubes and a dual array Gemini. The 300D MK II with lantern attachment came in handy to anchor our talent with a daylight source at the center of the scene. Image Credit: Graham Sheldon

The gap the 300D MK II LED is filling is the high output at the accessible price. We just haven’t seen output from LED fixtures (especially hard lights) in sizes/prices that make any sense until now, with the possible exception of the plasticky feeling Rayzr 7 Fresnel. The 300D MK II has a ton of punch. At one point I used the fixture as a key exterior source for a daylight scene and was able to dial in my lighting ratios using the new Sidus Bluetooth App from inside the house. The crew was impressed! With some time and creativity, I have no doubt you could play a night for day interior with a half dozen 300D MK II’s at your disposal.

I’m usually nervous the first time I open an app from a lighting company. After all, we’ve been expecting people that build lights to suddenly become software developers these days and the results overall have been mixed. However, that’s not the case here. The app has a few strange UI quirks, but in terms of functionality, it works far better than some of the other light controlling apps I’ve used in the past. I wasn’t able to test with multiple Bluetooth connected fixtures, but the single Bluetooth connection to the 300D MK II worked very well with little to no delay.

Aputure recently released two new accessories, and I’ve been using both the Fresnel 2x and Lantern with the 300D MK II. The Fresnel 2x is significantly larger and heavier than the first generation Aputure Fresnel and comes in a little hat box style case. It also solves the light leak problem of the first fresnel. There’s no light leak with the Fresnel 2X and the lens ring is smooth all the way from 12 to 40°. 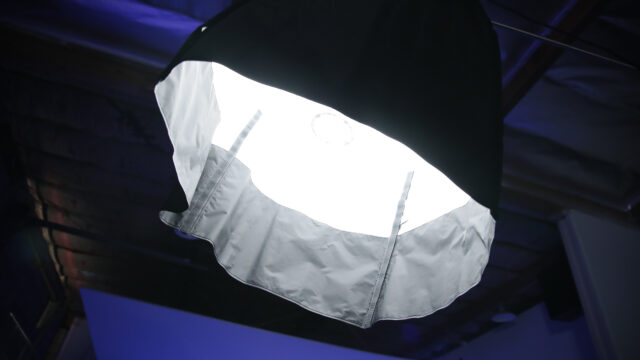 The $89.00 26″ lantern attachment comes in a small shoulder bag with shoulder strap about the size of a light stand case. It easily expands and comes with a skirt that velcro’s in place around the lantern. You get a soft even spread over 270 degrees at the cost of one stop of light. Setup takes about a minute and it works. You might not think you need a lantern in your kit, but I was surprised by how much I liked its diffusion.

The 300D MK II is Aputure’s best light to date in my opinion. At a price of $1090.00 including gold or V-mount plate, you’d be hard pressed to find an LED fixture that gives you the same output per dollar. The 300D MK II is the first LED lighting fixture where the continued dominance of HMI’s is called into question for me. With an output hovering close to a 575W HMI and with its sturdy aluminum build, this fixture has real potential as a long term rental item, but with a price point that is equally attractive for owner/operators.

What do you think? Will you be adding to 300D MK II to your kit? Is it worth the upgrade from the MK I? We think so. Comment below!