Aputure decided to announce several new products during their own “Super Secret Dinner” event at NAB 2019. The cinema5D team was present at the event and we spoke with Ted Sim from Aputure about their new products. 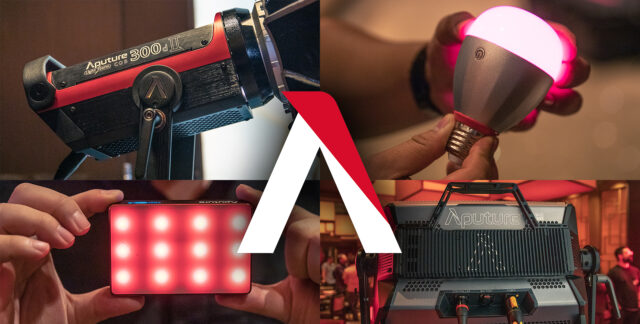 The original Aputure Light Storm C300d was announced two years ago at NAB 2017. While the smaller LS c120d already got a mark II version, its bigger brother had to wait a little longer for the second generation. Now the new Light Storm C300d Mark II is finally here.

First and foremost, the Mark II is now 20% brighter than the first generation. It now outputs around 90,000 lux at 1m (with fresnel attachment). It is still a 5500K daylight LED fixture. It still sports a Bowens mount to mount various attachments. 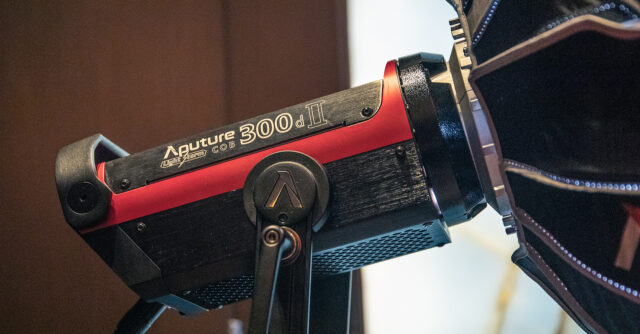 Aputure also revised and simplified the cable management. There is now 6m cable from the power supply to the controller and up to 7.5m cable from the controller to the light itself. The new controller now has an integrated ballast and two battery mounts from each side. It is now possible to use the light at 50% brightness with only one battery. It has built-in WiFi antennas and can be controlled via the new app.

Based on user feedback from the first generation, the new controller now has integrated feet so it can stand on the floor, a cord to hang it on a light stand, and a plate that clips into a clamp, which is part of the light kit.

Every AL-MC pocket light features built-in 3.7V 2650mAh battery which provides up to 100 minutes of operation at maximum power. It features Type C PD quick-charge technology able to charge it from 0% to 100% in 75 minutes.

First teased last year by the company, Aputure also introduced a larger LED 300 watt panel called simply WRGB 300. In the back of the light, there are three XLR connectors – for AC power, battery power, and controller. 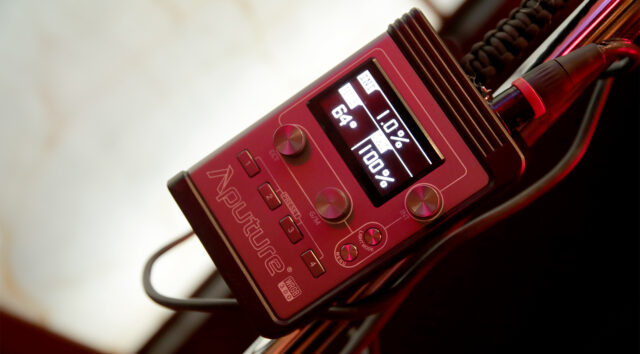 The controller is large and it features three knobs, couple of buttons and a display to set and monitor all the features of the light. The ballast is built into the light. 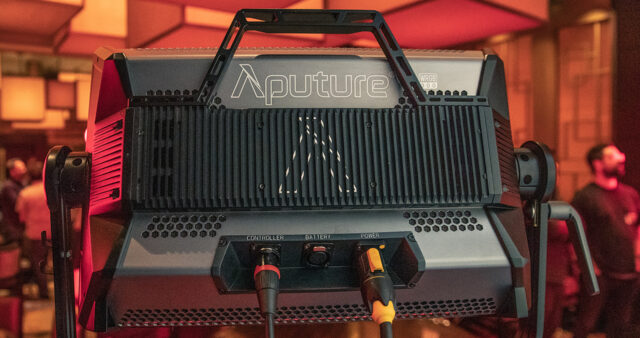 The new AL-RC lightbulb is a 5W A22 WWRGB Bulb. It features expanded bi-color temperature of 3200K to 6500K. The lightbulb can emit 36,000 different colors. The maximum light output is 1000 lux at 0.3m. The lightbulb could be very useful for swapping out in practicals for scripted projects and Aputure promises they will be flicker free at “any frame rate.”

Built in battery lasts 60 minutes at max power. It features Type C PD quick-charge able to charge it from 0% to 100% in 75 minutes. One AL-RC lightbulb is expected to cost $59 USD and it should start shipping in late 2019.

Impressively, all of the above lights and several previous products (with purchase of Bluetooth attachment called the Sidus Link Bridge) can be controlled through a single free app available soon on Android or iOS. The app features tons of creative functions like color temperature, gel modes, color effects, etc. Unfortunately owners of the 120D MK I will not be able to take advantage of the Bluetooth attachment, but many other Aputure lights are backwards compatible with the app with the purchase of the Sidus Link Bridge system.

According to the Aputure team their engineers could only connect 7 lights using standard Bluetooth so they are using a new type of Bluetooth technology that allows for an astounding 65,536 (not a typo) connected devices.  It features up to a 400m range. Interestingly, all Aputure lights being used that are Bluetooth equipped will serve as part of a network and will communicate phone commands if within 80m of one another. If your phone or even several lights die the lights will continue to work in tandem.

What do you think of the new Aputure products announced at NAB? Are you planning to invest in any of the new lights? Let us know in the comments underneath the article.