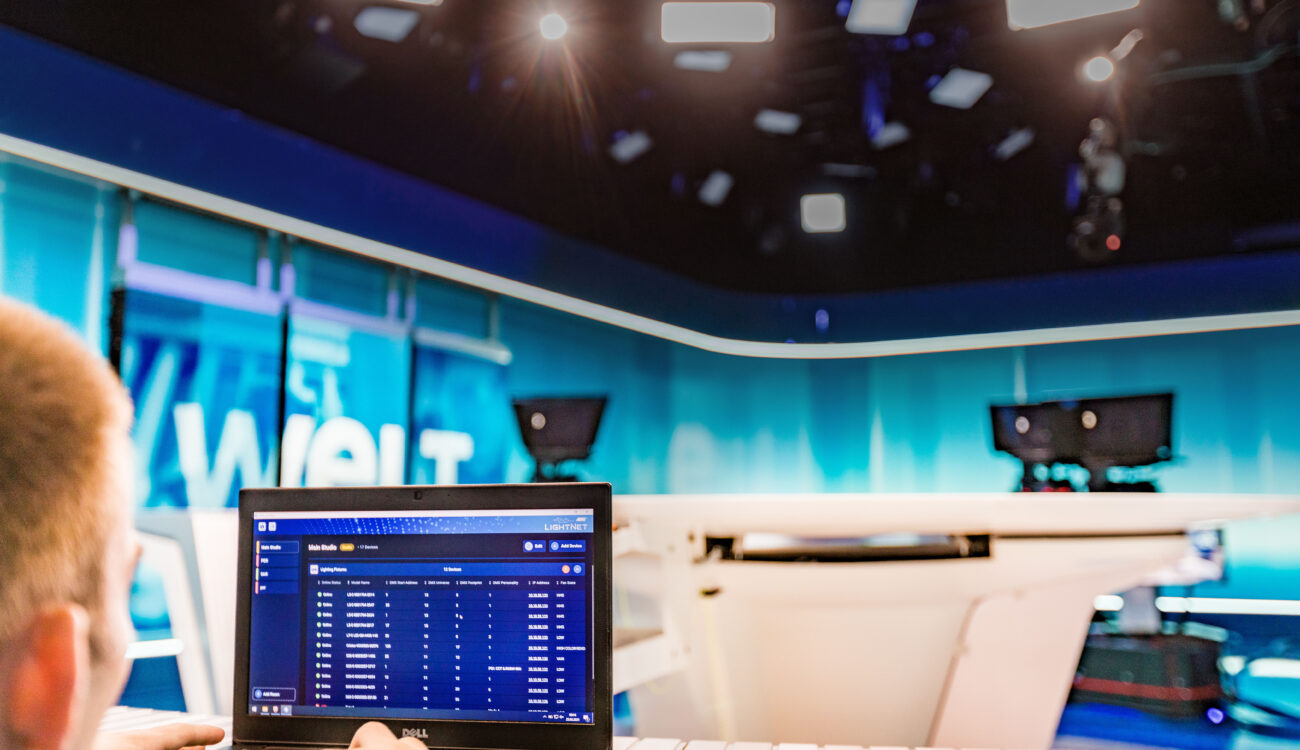 ARRI has just presented their LightNet light management system for studio setups – an ecosystem monitor for easy debugging and maintenance.

German manufacturer ARRI is known for various tools in the film industry. Just recently, they released their new follow focus hand unit Hi-5 (read our coverage here), but you most certainly know their cameras and their lights. This time, they did not produce hardware, but a system for managing lighting ecosystems.

The ARRI LightNet is a software platform for monitoring lighting ecosystems, easier coordination with big studio setups, and better debugging.

ARRI differentiates between the front-end interface, which can run on a laptop/PC or a tablet, and the broadcast facilities’ central monitoring system, so a server of some sorts with the LightNet backend installed on it.

The backend could be installed on a device that is permanently attached to the lighting ecosystem. Then, you could walk across the studio with a tablet and the LightNet frontend on it. Or, you could even open the interface remotely via a VPN from a distant location. This could come in handy if studios don’t have a technician on location and need quick tech support or remote maintenance.

The system is not limited to ARRI products. It can work with various network-attached or DMX-connected devices, so cross-manufacturer and cross-device.

LightNet allows for monitoring, fault-finding, and management of luminaires, consoles, network switches, splitters, nodes, and more. Therefore, it streamlines light network management in studios with dozens of lights and a big infrastructure.

The software platform features multi-user operation. Multiple people can use and operate LightNet at the same time, like a gaffer and a service technician.

Obviously, this system is not supposed to be mobile. LightNet is made for big studios with pre-installed lighting setups. It could also be practical in modern virtual production studios (if not exclusively lit by LED walls).

Both, IP and DMX devices can be monitored, therefore it can be retro-fitted in a wide variety of studios and existing ecosystems. When initializing the system, it will auto-detect devices in the network and add them to its overview.

Data like online status, various device data (like IP or DMX address) can be on display on the user interface, which helps finding faults and glitches in the system quickly.

Lights and devices can be grouped into rooms, when dealing with a big area or multiple separated rooms.

ARRI is proud of their intuitive user interface “that can be operated and understood by those who are not necessarily lighting specialists”.

It seems like LightNet doesn’t come with hardware, as the software runs on virtual servers or “any performance machine”. The platform can also be implemented into other monitoring systems like Zabbix or Prometheus via an API.

LightNet is available now, but no public pricing is available. You will have to get in contact with ARRI, as it is probably not just a plug-and-play system.

Find more information about the system on their page: ARRI

What improvements would you like to see in studio setups? Let us know in the comments.