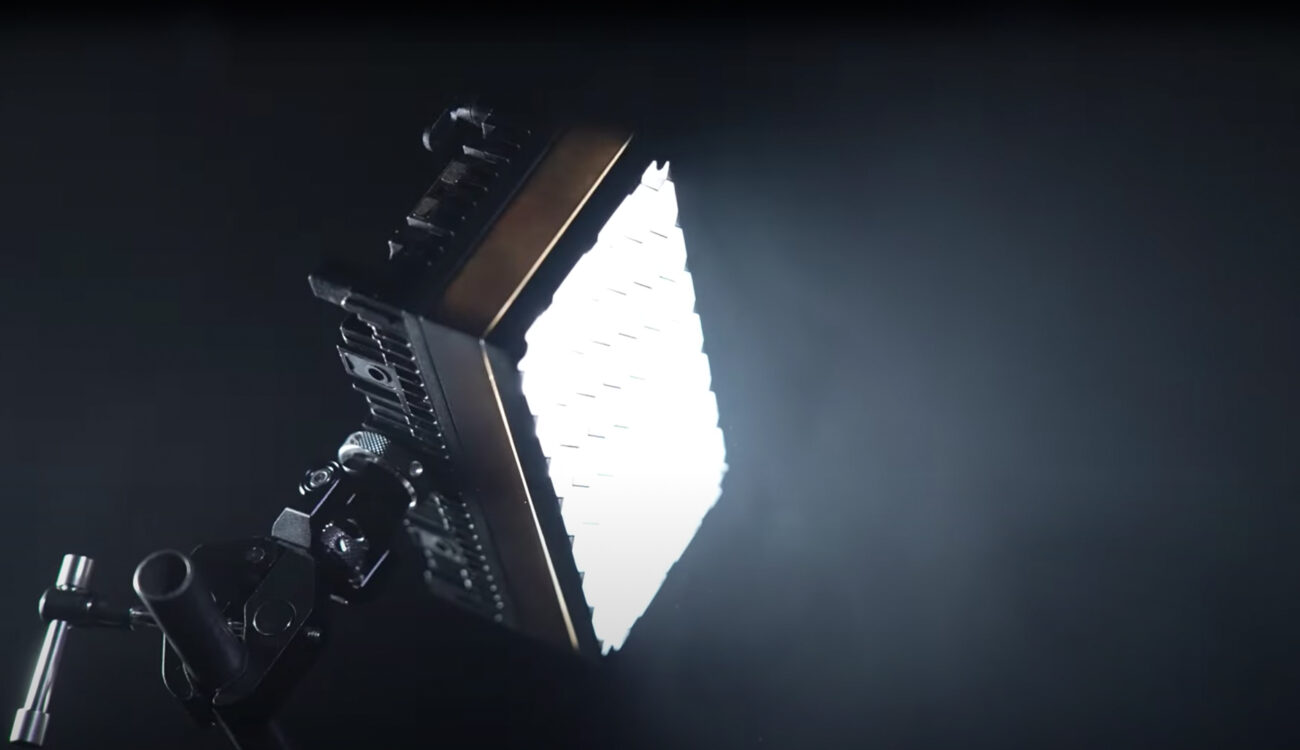 Astera has just released a new compact 25W RGBMintAmber LED light: the HydraPanel. This IP65 fixture has 6 LED chips, and you can adjust the beam angle from 40 to 100 degrees via the various included light diffusers. Let’s take a closer look at it!

Astera is notorious for its industry-standard FP1/AX1 LED tubes. Also, over the years, the company launched other kinds of innovative fixtures like the NYX cinema lightbulb and the PixelBrick.

Astera recently announced the HydraPanel – codename FP6 – a pocket LED light that opens a new lineup of handheld and practical lighting solutions for the company.

The HydraPanel has a built-in battery with a maximum runtime of 1 hour and 45 minutes at full power, according to the company. You can charge it in three hours via a 5.5mm DC connector.

The HydraPanel features six RGBMintAmber chips/pixels and uses the Titan LED Engine, similar to the AX1 tubes. In CCT mode, it can go from 3200 to 6500K with a CRI/TLCI over 96. The maximum output at 5500K is 1298 lumens, and 516 lux at a distance of 1 meter. As a pixel-based light, you can animate the HydraPanel chips individually to create effects.

The HydraPanel comes with six lighting modifiers to change the fixture’s beam angle. In addition, the front of the light has magnets so you can quickly switch between the 80 and 100° diffusers, add a 40 or 60° egg crate, and add extra diffusion gels via the gel holder.

Also, it comes with a connector plate so that you can connect up to four fixtures together. Of course, it means it’ll be brighter, but all four lights will communicate with each other and act as one.

The Astera HydraPanel comes with a small multifunction stand called the FlexBase. The light attaches to the stand via its bottom cold shoe. Also, there are two additional cold shoe mounting points at the back of the light and M5 threads.

In terms of connectivity, this little panel has CRMX, UHF, Bluetooth, and WiFi built-in. In addition, it has wired DMX capabilities via an optional adapter if it’s not enough. Also, there’s a control panel at the back of the HydraPanel to adjust colors, CCT, brightness, etc.

Lastly, you can connect the HydraPanel to your smartphone via the AsteraApp, and the light itself will act as a bridge with other Astera fixtures via the UHF band.

The Astera HydraPanel is now available to pre-order for $400. In the box, you’ll find six diffusers/lighting modifiers, a 1/4″-20 baby pin, and a connector plate.

What do you think about this new Astera LED panel? What is your go-to compact lighting fixture? Don’t hesitate to let us know in the comments down below!