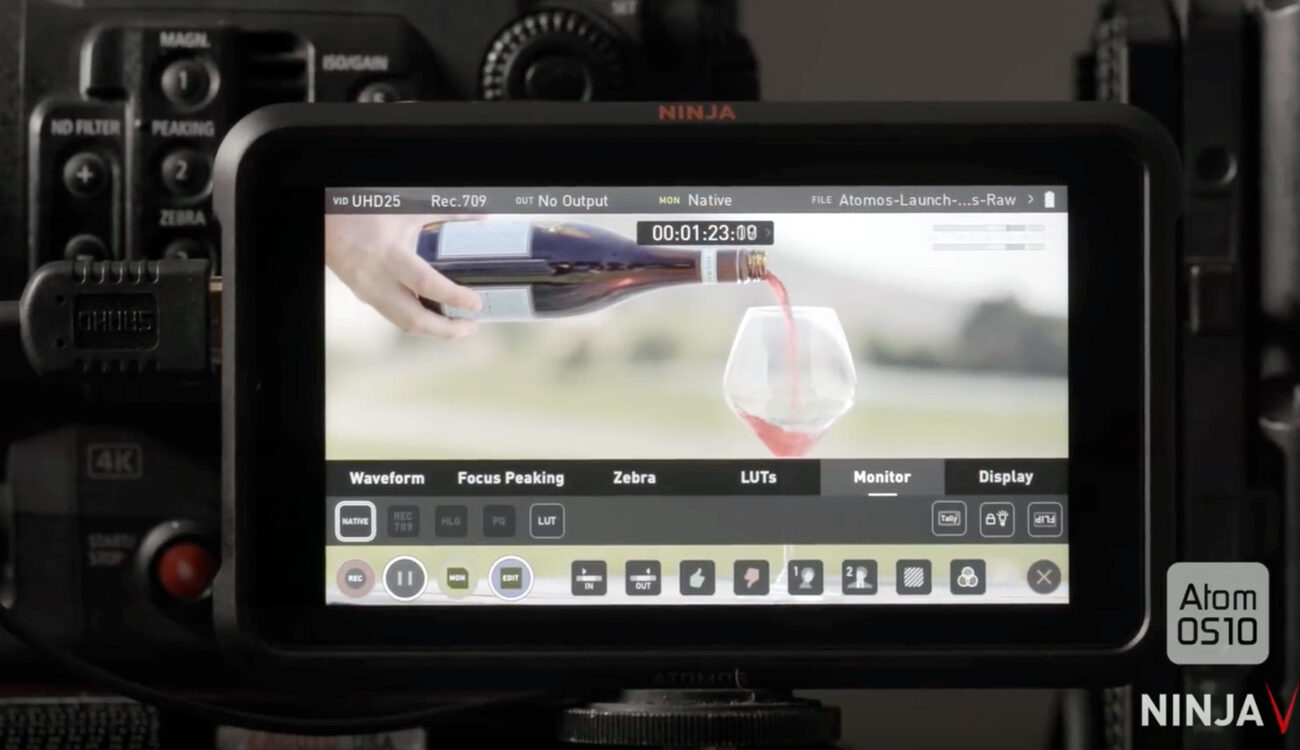 Now that the new Atomos Ninja V Monitor/Recorder is available for just over a month, the company pushed hard to deliver a huge upgrade for their devices underlying operating system: AtomOS 10 offers some very handy improvements for the new 5″ Ninja V. Let’s have a quick look, shall we? 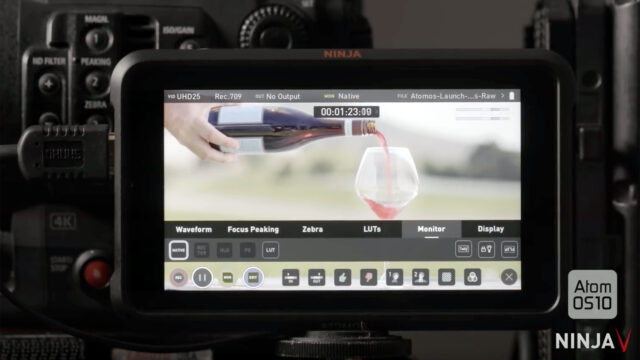 If you’re new to the Atomos Ninja V monitor/recorder, catch up here and here.

AtomOS 10 (10.01 to be exact) comes as a free-to-download piece of software. Once you’ve installed it, you’ll be rewarded with a familiar, yet very different user interface. Since the Ninja V is all about HDR recording and monitoring, Atomos chose to make the different UI elements less distracting and therefore reduced their saturation quite a bit. It’s all about the actual image you’re monitoring, really. But there’s more, obviously.

Apart from the less saturated UI elements (a nice touch, much more pleasing to the eye I think), Atomos also changed the arrangement of these elements and even reworked the whole menu system in order to make it easier and more accessible. If you’re updating from an earlier version of AtomOS, it’s pretty clear that this new version is really about cleaning up the user interface. It’s also about keeping the actual image in view at all times, without having many overlaying pages and menus. 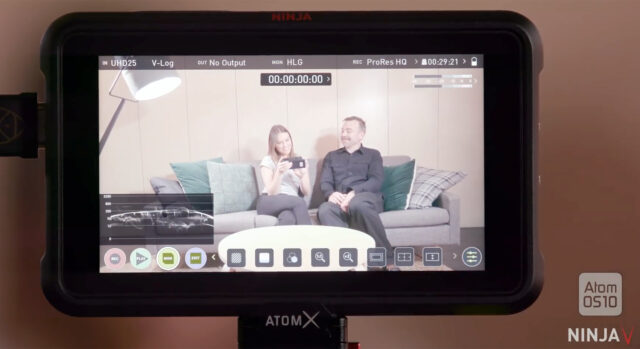 The entire user interface has been carefully reworked to cater for the smaller 5″ screen of the Atomos Ninja V.

Once you’re done setting up the unit for your given shot you can easily get rid of all the overlays by just tapping the screen. That’s fine but this will also disable all the crucial information you probably want to keep an eye on, such as audio meters or a HDR waveform. That’s where the newly designed shooting page comes in. Once you’re done with your monitor settings and tap “MON” again, a discrete status bar is the only thing that appears beneath your current image. That status bar includes useful information such as battery status, recording status, an HDR waveform, audio meters and access to all the well-known REC, PLAY, MON and EDIT settings.

One of the major changes AtomOS 10 addresses is the way you select the type of input signal coming from your camera. This setting used to be part of the Monitor page of the menu. Now it can be found on the Input page and that is -at least to me- a much more appropriate place for this particular setting. Jeromy Young, CEO of Atomos, has put together a in-depth walk-through of all the new Atom OS 10 features, make sure to sit back and watch it here:

Another major change addresses the HDR slider of previous versions of Atom OS. Actually, as Jeromy Young states in the video, at the time they developed their first HDR capable monitors/recorders, there simply was no industry standard which determined how to deal with different HDR modes for different delivery scenarios. But now there are and that’s the reason the company decided to replace the HDR slider with 4 different buttons, each reflecting a dedicated standard:

The introduction of these fixed standards allow for a much more precise preview of the actual result once the recorded Log footage went through post-production. Remember: Everything which is displayed on the Atomos Ninja V’s screen is just a representation of the actual Log footage which is being recorded. Think of it as a kind of preview. Nothing is being baked into the actual recording, so even if you’re switching from beautiful looking HLG to awfully blown-out Rec.709 while you’re recording, nothing is lost! It’s just a preview which helps you (and your client, of course) getting the most out of your given camera and Log profile.

All in all the features and improvements found in AtomOS 10 really make the new Atomos Ninja V shine. The new layout of the menus improve the usability and are way less distracting. The less saturated buttons are a nice touch, too. Even if the old HDR slider seemed cool, the new standardized buttons are much more accurate in order to nail your exposure for a certain delivery format. So I think this new firmware is really a no-brainer and you definitely should give it a try!

Atomos Ninja V with some (but not all) of the most popular recent mirrorless cameras.

Do you already use the new firmware? What do you think of these changes? Share your thoughts and experiences in the comments below!