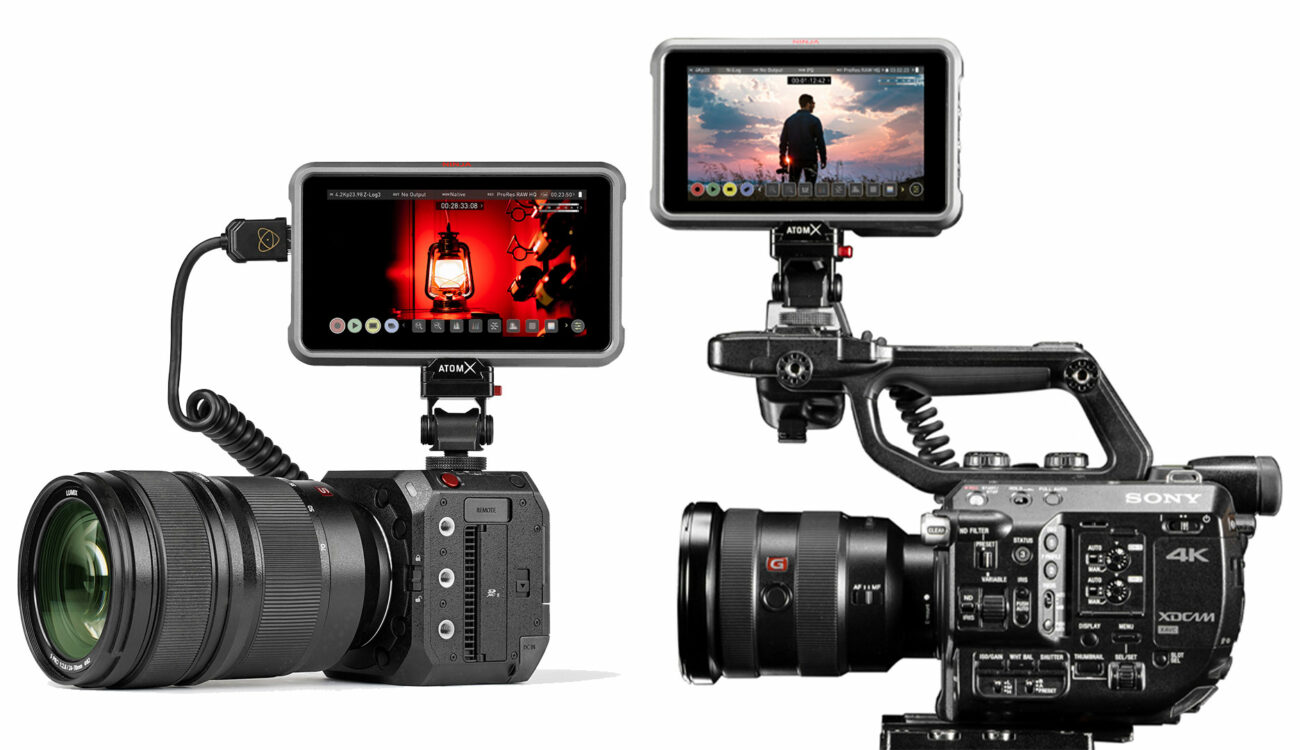 Today, Atomos releases the new AtomOS 10.71 firmware update for its NINJA V and NINJA V+ monitor recorders. The update includes ProRes RAW format recording options for the legacy Sony FS series, Canon EOS R5, and Panasonic LUMIX BS1H. The AtomOS update also includes new features for the AtomX CAST which got a separate article. Now, let’s take a look at what is new with the Ninja V and Ninja V+.

The FS700 from Sony is almost 10 years old now, but that doesn’t keep Atomos from bringing new compatibility for the camera along with other legacy Sony FS models for the Ninja V+ recorder. Although the old Atomos Shogun was able to record raw video output from the FS7 and FS700 already six years ago, the addition of the Ninja V+ and Prores RAW compatibility does add some new capabilities.

The Ninja V+ Pro Kit (or Ninja V+ with the AtomX SDI Unit and SDI RAW activation) now support the recording of ProRes RAW from the FS5 (requires paid RAW upgrade from Sony), FS5MKII, FS700 (requires paid RAW upgrade from Sony), and FS700r with continuous output directly from the sensor up to 2K 240fps, 4K 60fps and 4K 120fps for 4s bursts. RAW output at 4K 60fps and 2K up to 240fps can also be added to the Sony FS7 or FS7MKII with the addition of the XDCA-FS7 module.

The available resolutions and framerates:

Please note that 4K at 100/120p is available in an S&Q burst mode which is buffered in the camera and output as a 60p signal. The burst duration is ~4 seconds. WB & ISO Controls in FCP are not available in this release.

In addition to the Sony FS series, Atomos also adds compatibility with the Canon EOS R5 and Panasonic LUMIX BS1H cameras. In the case of the EOS R5, the Ninja V now offers up to 5K ProRes RAW video, whereas the more powerful Ninja V+ can record the full 8K ProRes RAW from the camera which Atomos released already in summer.

Atomos also published a list of known limitations regarding the Ninja V and V+ recorders:

The AtomOS 10.71 firmware update is available now free of charge from the Atomos website. The Ninja V monitor recorder sells currently for $499 and the Ninja V+ costs $999.

Edit: in a previous version of this article 59.94p was listed for 3.5K Anamorphic mode on Panasonic BS1H, but that’s not correct so we removed it

Do you still use any of the Sony FS series cameras for your work? Would you pair the camera with the Ninja V or the Ninja V+ to record ProRes RAW? Let us know in the comments section underneath the article.