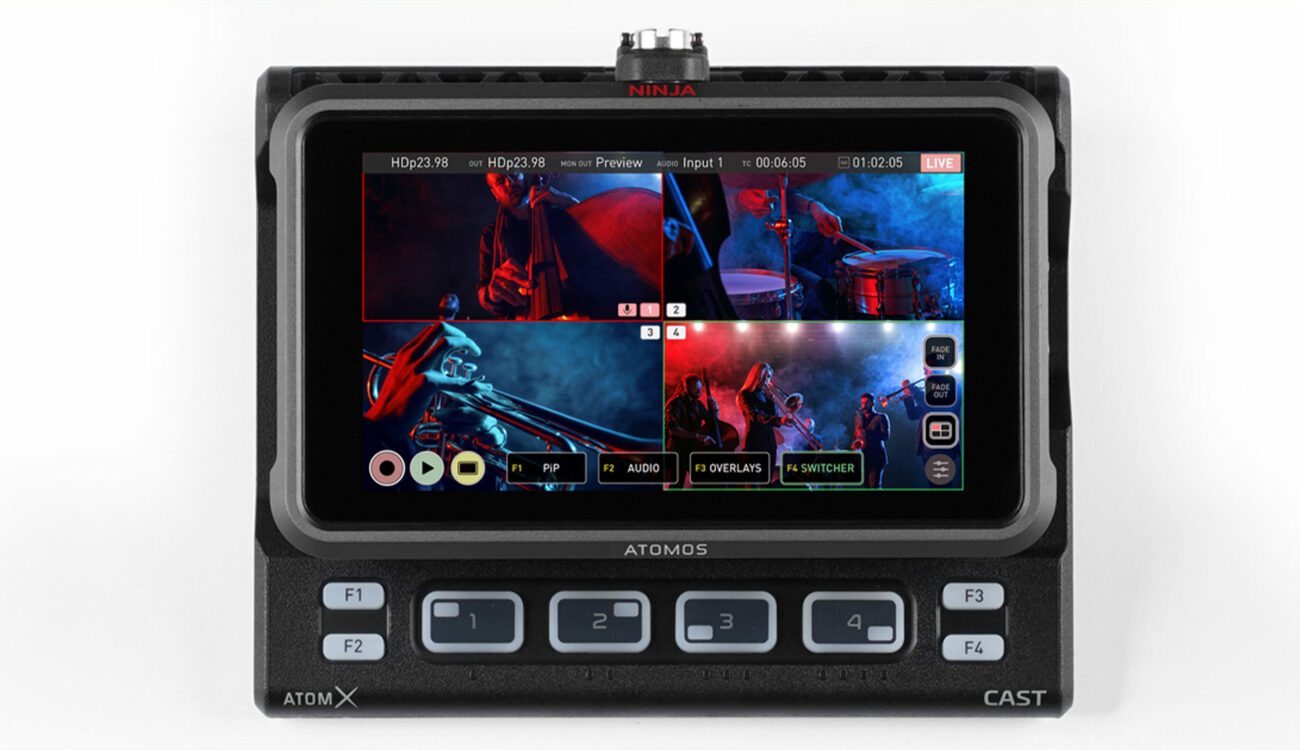 AtomX CAST receives a new free firmware update that adds new features such as compatibility with the Ninja V+, picture overlays, Picture-in-Picture (PiP) recording, and a dip to black/white transition. The update can be downloaded from the Atomos website.

Today, Atomos releases the new AtomOS 10.71 firmware update for its Ninja V and Ninja V+ monitor recorders which includes ProRes RAW format recording options for the legacy Sony FS series, Canon EOS R5, and Panasonic LUMIX BS1H. To know more about that, please check our separate article on the topic. The AtomOS update also includes new features for the AtomX CAST and compatibility with the NINJA V+, which we will take a closer look at in this article.

Announced already back in June 2021, the AtomX CAST expansion module adds an advanced four-HDMI switcher functionality to the Ninja V and Ninja V+. As we published in September 2021, however, the early AtomX CAST units did not work yet due to firmware, which Atomos quickly rectified by giving free accessories to those early buyers.

With the newly released update, the AtomX CAST has some new features such as compatibility with the Ninja V+, picture overlays, Picture-in-Picture (PiP) recording, and a dip to black/white transition. The ability to record both the clean program feed or record with TX graphics, PiP and transitions directly to SSD makes the AtomX CAST a suitable device for fast turnaround live productions. Other updates include support for interlaced inputs and an option for the audio delay.

The full list of new features of the AtomX CAST in combination with Ninja V or V+ includes the following features:

Atomos also published a list of known limitations regarding the usage of the AtomX CAST:

The update for the Ninja V and V+ is available free of charge and it can be downloaded now from the Atomos website. The AtomX CAST itself currently sells for $399 (around €393 plus VAT in Europe). Please consider purchasing from the links below at our partners B&H and CVP – this adds no extra cost to you, but helps us to continue running CineD for free.

What do you think about the new update for the AtomX CAST? Are you thinking of including the device in your live production workflow? Let us know your thoughts in the comments section underneath the article.