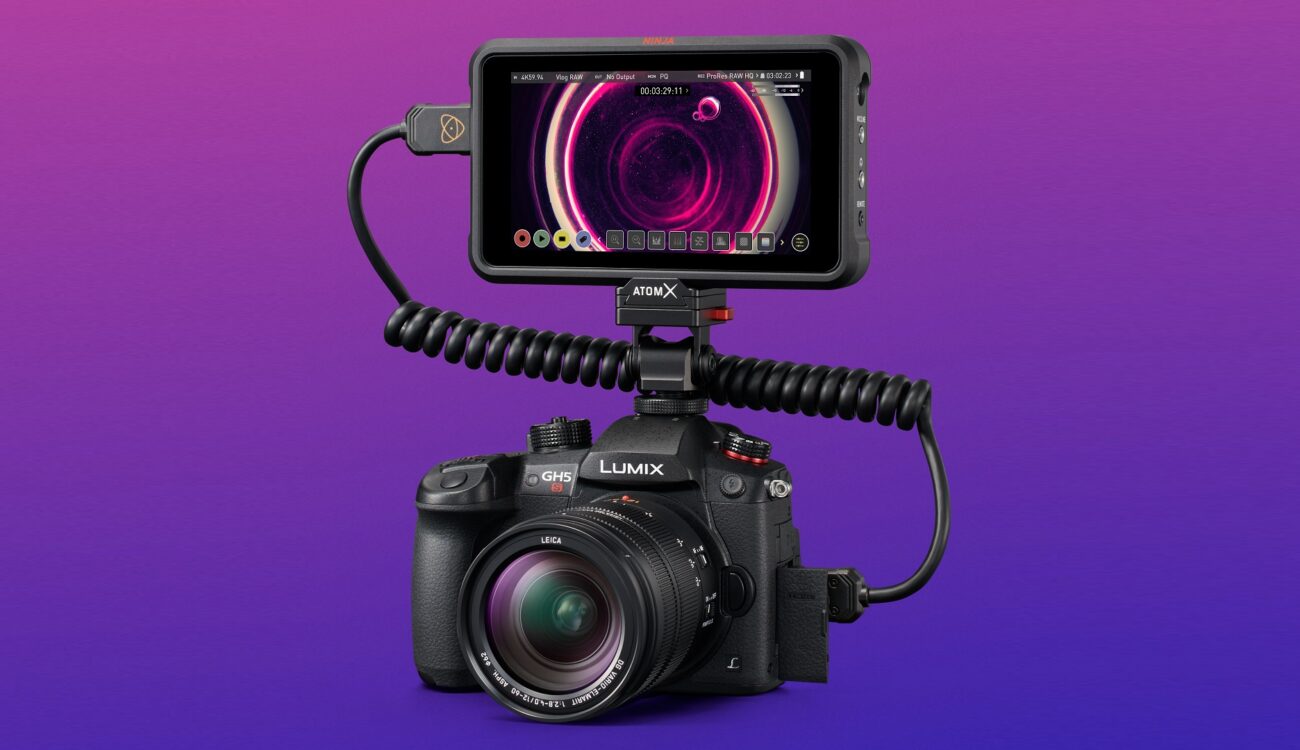 Announced in January 2018, Panasonic LUMIX GH5S introduced a lower resolution (10.2 MP) dual-native ISO sensor to Panasonic’s Micro Four Thirds cameras line. As expected, the GH5S produces better and cleaner results in higher ISO than its sibling, the GH5. As opposed to the GH5, the sensor of the GH5S is not stabilized.

You can take a look at our GH5S Review and Hands-On video articles to know more about the camera. Panasonic already improved the camera multiple times with firmware updates. The latest GH5S update v2.0 brings, among other things, raw video output over HDMI. Let’s take a look at the details.

The new firmware v2.0 for the camera that enables raw video output over HDMI is, however, only half of the ProRes RAW workflow. Atomos now released a new firmware update for both Ninja V and Ninja V+ monitors/recorders that enables them to record the raw video output from GH5S and save it in ProRes RAW. When updated, both recorders from Atomos are capable of recording both supported resolutions from the GH5S:

The Panasonic GH5S now joins other Panasonic cameras that support PoRes RAW with the Ninja V – LUMIX BGH1, S1H, S1, and S5. Atomos says that the ProRes RAW files captured with this combination will come with full metadata support in Final Cut Pro for White Balance and ISO slider adjustments upon release.

Although really capable, the ProRes RAW format is still not available natively for DaVinci Resolve users. ProRes RAW is fully supported in Final Cut Pro, Adobe Premiere Pro and Avid Media Composer, along with a collection of other apps including ASSIMILATE SCRATCH, Colorfront, FilmLight Baselight and Grass Valley Edius.

If you are a DaVinci Resolve user, you might be interested in the Blackmagic RAW format. Although not true compressed RAW, it also offers interesting metadata-based features. Recently, I wrote an article about ProRes RAW and Blackmagic RAW comparison featuring a nicely done video from The DP Journey. Unfortunately, BRAW is still not that widely supported by other camera manufacturers. Let’s hope that changes soon.

Do you use the LUMIX GH5S for your work? What do you think about thie update? Do you have experience working with ProRes RAW material from the Ninja V? Let us know in the comments section underneath the article.