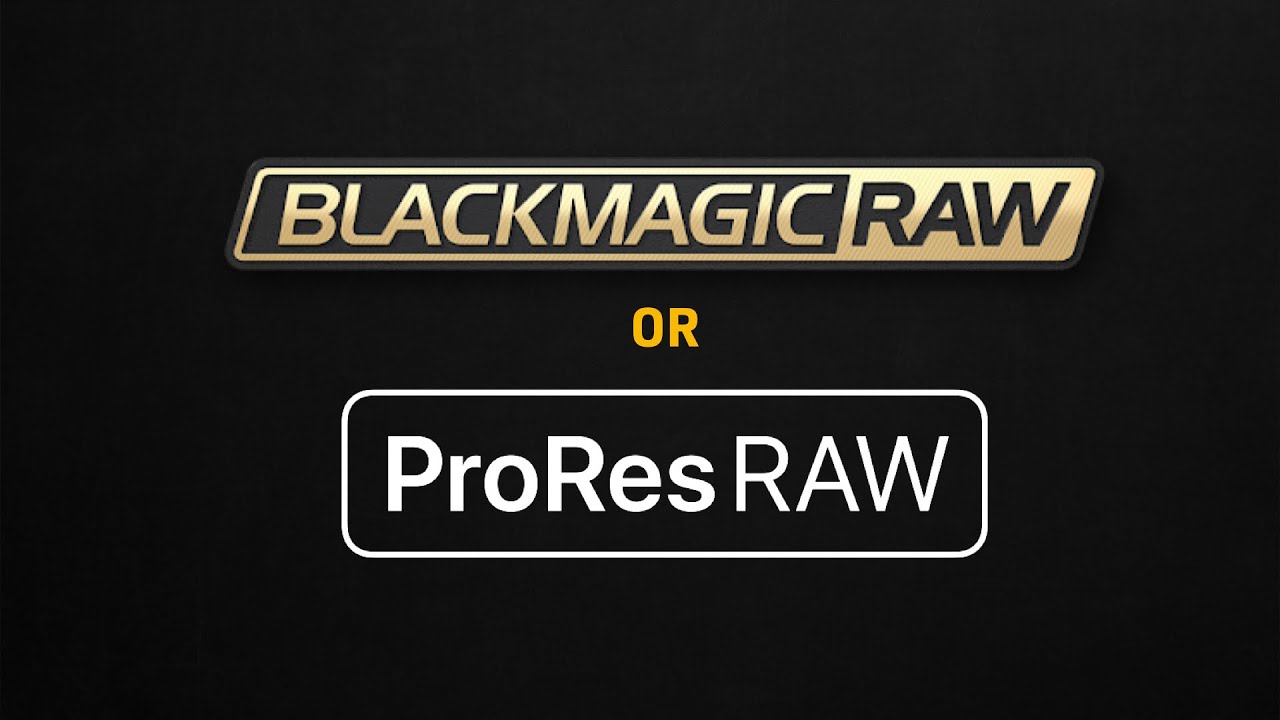 An interesting video made by an NYC-based filmmaker Sherif Mokbel from the Youtube channel The DP Journey compares Blackmagic RAW and ProRes RAW video formats in terms of metadata-based white balance, noise and details, and more aspects.

Both Blackmagic RAW and ProRes RAW are becoming increasingly popular and it is interesting to see them compared head to head. The filmmaker Sherif Mokbel from The DP Journey Youtube channel made an interesting comparison video. Before taking a look at it, however, I would like to briefly offer an introduction to the different video formats as some basic information.

Please keep in mind that for the purpose of this article I will not dive too deep into the technical side of video codecs.

When shooting video, aside from choosing the desired resolution and framerate, filmmakers also need to choose the codec the video will be recorded in. This will affect the size of the file as well as its flexibility in post-production, most of all color grading. Generally, there are interframe (only part of each frame is changing, the rest is calculated) or intraframe (every frame contains all the pixels) compressed codecs, and then raw formats (compressed or uncompressed).

Most consumer cameras (including drones, smartphones, and action cameras) usually still have some flavor of LongGOP (for “group of pictures”, or interframe) compressed H.264 or H.265 8-bit 4:2:0 codec, but 10-bit 4:2:0 or 4:2:2 formats are also being introduced in more and more models. These offer better flexibility for color grading by including more color information and they can usually better utilize the benefits of flat (Log) color profiles in getting more dynamic range out of each clip.

When it comes to RAW video, one example of the uncompressed flavor is Adobe’s CinemaDNG (which also, by the way, offers slightly compressed versions). The format offers very high flexibility for grading as each frame is basically a raw photo on its own. One downside of this format is that you need huge storage to work with projects shot in CinemaDNG. Especially the uncompressed flavor takes up A LOT of space and is almost impossible to handle in real-life shooting scenarios.

Finally, compressed raw formats offer the best of both worlds. They aim to combine high flexibility for color grading with reasonable file sizes. Currently, there are more formats out there – one of them is RED’s R3D REDCODE RAW codec which is, obviously, only available in RED cameras. This particular codec is important for understanding the current situation with the availability of compressed raw codecs.

Very briefly said, when introducing their new compressed RAW codec in 2007 along with the RED ONE camera, the company patented the technology – in fact, they patented compressed RAW recording inside a camera in general. One of the outcomes of this patent is that every camera company that wants to include a compressed raw format in its products has to first ask RED for permission which, if granted, brings certain costs (let’s call it a license fee) with it. Therefore, some camera companies avoided including compressed raw codecs in their products altogether (or removed it from their cameras after they were released).

There are two formats in particular that are getting increasingly popular nowadays – ProRes RAW and Blackmagic RAW (further referred to as BRAW). The first one is Apple’s new format introduced in 2018 which builds on older ProRes formats but provides a non-debayered image with metadata for more flexibility in the post-production. Basically, the only company that currently makes products that can record ProRes RAW is Atomos, meaning you can only record it externally using some of their recorders. They have been including the format in their recorders for a few years already and more and more cameras can output RAW signal to the Atomos Ninja V or Atomos Shogun and therefore record externally in ProRes RAW. ProRes RAW is, by definition, a real compressed raw codec. Atomos can include ProRes RAW in its products because they apparently made an agreement with RED, but details are not known to the public.

The latter format, BRAW, was created by Blackmagic Design for use in their cameras and recorders. It is, in fact, not a real compressed raw codec, as it has been partially debayered in the camera (or recorder). It still, however, includes all the useful metadata for changing ISO, white balance, and more later in post production.

Both codecs have been getting really popular lately as they offer better flexibility than traditional compressed video formats, and they are included in affordable cameras and recorders (when compared to most RED or ARRI cameras for example). Sherif Mokbel is a filmmaker and photographer based in New York who runs an interesting Youtube channel called The DP Journey. In one of his recent videos, he decided to compare both BRAW and ProRes RAW formats with his Panasonic LUMIX S1H camera (check our Lab Test here). On a side note, there are currently not many cameras that support both formats – Panasonic S1H, EVA1, SIGMA fp, and select Nikon Z models are the only ones as far as I know.

Sherif’s video is very well made in my opinion and it offers a nice explanation of both formats and lots of technical information about the comparison. It is divided into the following chapters so it is easy to navigate and skip between the different parts:

On top of comparing BRAW and ProRes RAW from the Panasonic S1H, Sherif also compared BRAW from the S1H (and Video Assist 12G) with the BRAW from Blackmagic cameras. There are some differences, for example, the metadata-based white balance does not work properly on the S1H-VA combo, but it does work on Blackmagic cameras in BRAW. It is therefore not that easy to fix the wrong white balance on the S1H in BRAW, but it si still easier to do than with the internal compressed codec. ProRes RAW works well in this regard.

Sherif also “deep-dives” into how each format preserves details in the noise in image. Again, ProRes RAW won over the Blackmagic RAW as it is noisier, but it preserves more details in the noise. There is no noise reduction whatsoever in the case of ProRes RAW. With BRAW, as there is some debayering process going on in the camera/recorder, it also removes part of the noise along with some fine details in the image. In general, taking a noisier image and removing the noise in the post-production using for example Neat Video plugin, produces better results.

Simply put, Sherif’s comparison proves that ProRes RAW is the more superior of these two codecs when it comes to preserving the image quality. One of its greatest issues, however, is that it is not supported in the most popular color grading software – DaVinci Resolve. Blackmagic RAW, on the other hand, offers better results than the internal compressed codec while working very well in Resolve. In the end, it comes down to which software you use for post-production.

Do you use ProRes RAW, Blackmagic RAW or both formats for your work? What do you think abotu the comparison video? Let us know in the comments section underneath the article.