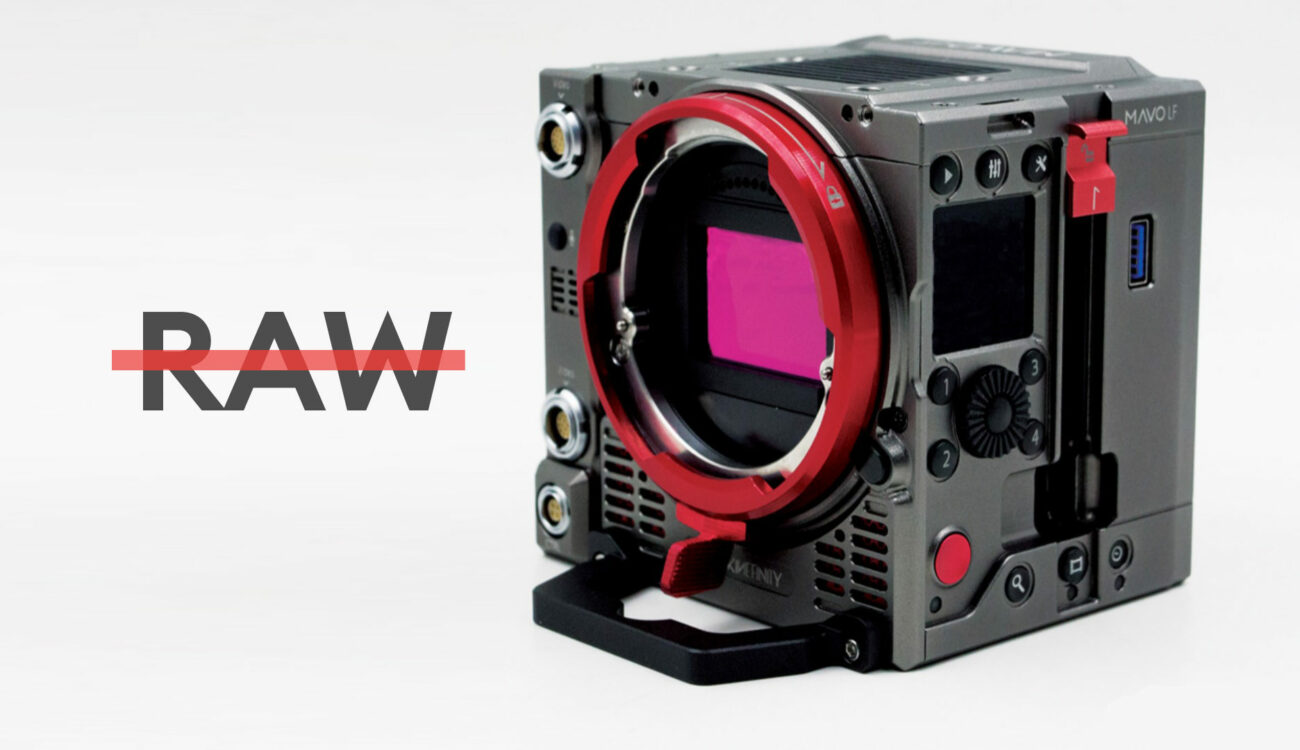 The Chinese camera manufacturer Kinefinity is working on delivering the new MAVO Edge 8K camera. In the meantime, the company announced that they remove the CinemaDNG codec and other compressed raw codecs from its cameras. What happened?

Kinefinity Removes CinemaDNG from Its Cameras

On March 1, 2021, Kinefinity posted the following statement on its social media accounts:

Starting from March 1, 2021, Kinefinity removes CinemaDNG codec from MAVO LF, MAVO 6K, and TERRA 4K on the current camera line, also drops the planned KRW2.0 codec, for the well-known reason in the industry.

While the company does not state why exactly they did this. The “well-known reason” most likely has something to do with RED Digital Cinema and their “REDCODE” patent for compressed raw video recording. Basically, if a camera company wants its cameras to record compressed raw, RED can decide whether or not they will allow it for a license fee. Most companies, like Kinefinity now, decide to remove the option from their firmware.

Blackmagic Design, for example, evaded RED’s patent by modifying the Blackmagic RAW codec a bit. BRAW gets partially de-bayered in-camera already and, therefore, is not by definition a pure compressed raw codec anymore. Another example would be the SIGMA fp with its internal CinemaDNG codec. The camera records an uncompressed version of the codec, so it does not violate RED’s patent. The question is why Kinefinity also did not implement an uncompressed CinemaDNG.

When it comes to the upcoming MAVO Edge 8K camera (announced in April 2020 in our Virtual Show), at the beginning of this year, Kinefinity already said that the camera is delayed. It is supposed to start shipping in the next few days, but as Kinefinity stated, the camera will not implement ProRes RAW at first. It remains to be seen whether or not they will add this codec to the MAVO Edge later.

Kinefinity further announced that they will continue to focus on the optimization of Apple ProRes, especially the ProRes444/XQ on the current and future product line. According to Kinefinity, Their debayer algorithm has been optimized to offer better image quality when not shooting raw. The full dynamic range of footage should be preserved by the built-in KineLOG3 curve in ProRes.

It is important to say, that current Kinefinity cameras will stop supporting the CinemaDNG codec only after a firmware update, so if you really do not want to lose that functionality, simply do not update the firmware in your camera.

Did you pre-order the Kinefinity MAVO Edge? What do you think about the recent move to remove raw recording formats? Let us know in the comments section underneath the article.