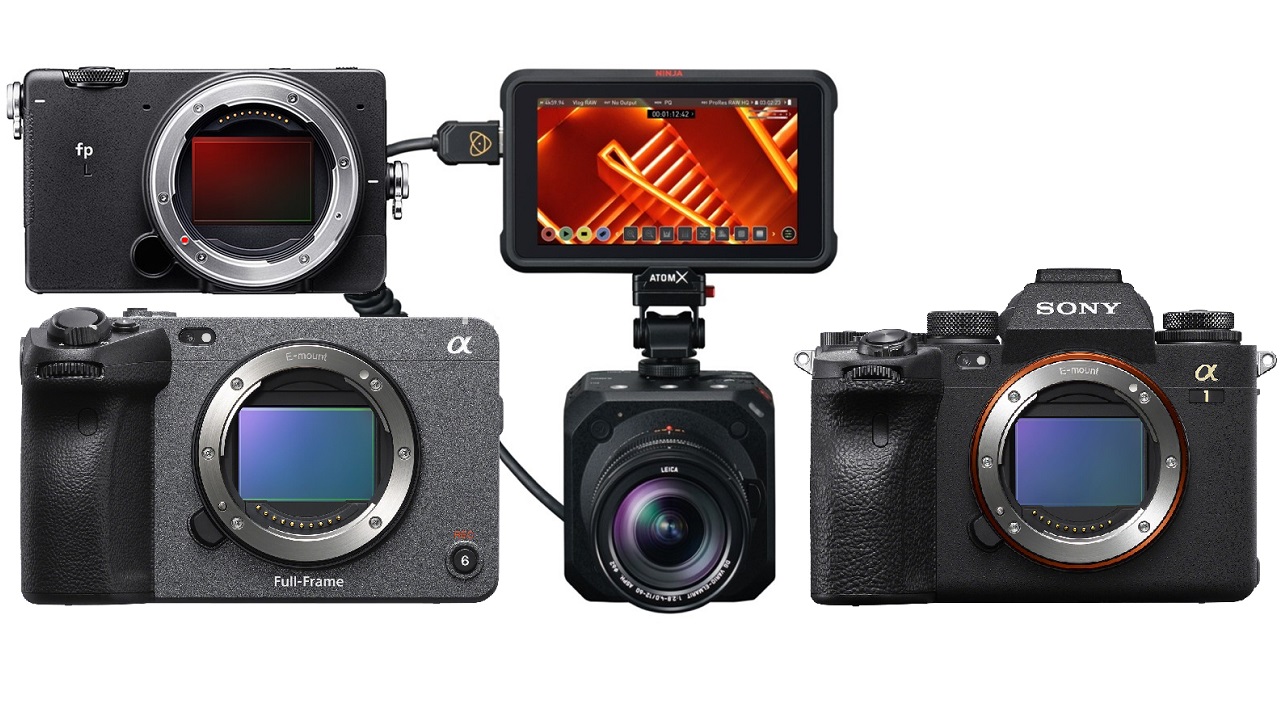 It is quite clear that the Australian company Atomos focuses a big chunk of its attention on the Ninja V – compact 5″ monitor/recorder. Since the Nikon Z6 and Panasonic LUMIX S1H pioneered the raw output over HDMI, we have seen many updates of the Ninja V bringing ProRes RAW support to more and more mirrorless cameras. With the latest version AtomOS 10.63, the company is introducing ProRes RAW support for Panasonic LUMIX BGH1, Sony Alpha 1, Sony FX3, and SIGMA fp L. Let’s take a look at the details.

The BGH1 is Panasonic’s latest Micro Four Thirds camera and it features the company’s first box-style body. Sharing the same dual native ISO image sensor with the GH5S, the Netflix-approved camera introduced some new connectivity options for the LUMIX series. Make sure to check Johnnie’s review and Gunther’s Lab Test to learn more about the BGH1.

After the AtomOS 10.63 update, Ninja V will be able to record the raw video signal from LUMIX BGH1 in 4K DCI and 3.7K Anamorphic ProRes RAW. Please note that this will work only after the camera body has been updated with the firmware v2.0. The available recording modes in ProRes RAW are:

The Ninja V and LUMIX BGH1 combination can also work in sync for multicamera productions. This is facilitated by the LTC and Genlock inputs complemented with the Atomos UltraSync ONE wireless sync system. When configuring the UltraSync ONE Genlock mode, you have to set output type to 1080i-PSF mode regardless of camera resolution setting.

The Alpha 1 is Sony’s 8K mirrorless flagship camera that surprised everyone when announced at the end of January 2021. It offers interesting specs such as 8K30 and 4K120 10-bit internal video recording. We are currently working on the review and Lab Test of the camera, so please stay tuned for that.

The FX3 is Sony’s most-compact cinema line camera. It basically features the same internals as the Sony a7S III minus the viewfinder. Make sure to check our our Sony FX3 review to find out more about the camera.

Announced only a few days ago, the SIGMA fp L offers a high-resolution alternative to the original SIGMA fp. From the specs, it is geared more towards photographers, than filmmakers. Take a look at our SIGMA fp L review to know more about it. With the new update, Atomos Ninja V will be able to record 12-bit ProRes RAW up to 4K30 from the SIGMA fp L.

Other Fixes and Availability

Last but not least, Atomos also introduces some bug fixes with the new AtomOS 10.63 update. Panasonic Type 3 trigger should now work for all recordings from supported SDI Panasonic Cameras (AU-EVA1 and VariCam LT) in ProRes RAW, ProRes and DNx.

Known limitations of the new firmware according to Atomos are:

Do you use Atomos Ninja V for your work? How do you like working with ProRes RAW? Let us know in the comments section underneath the article.