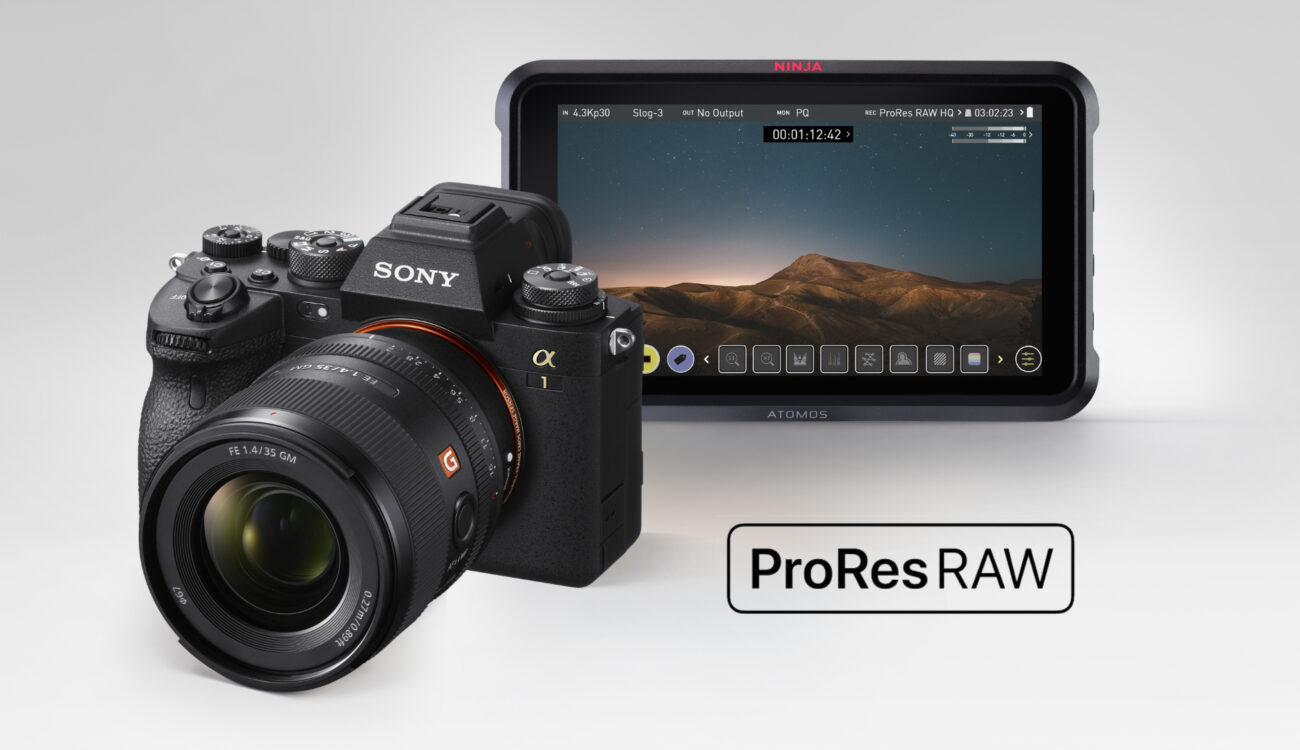 Atomos just announced that their Atomos Ninja V monitor/recorder will soontm be able to capture ProRes RAW images from the Sony Alpha 1 RAW output at up to 4.3Kp60 (note: no 8K!). This is still in development, but at least we have something to look forward to!

The Alpha 1 is Sony’s flagship mirrorless hypbrid camera. It is capable of recording a whopping 8K30 and can also output a 16-bit RAW signal via its full-size HDMI port. This particular feature has put Atomos on the map, who are now announcing the development of ProRes RAW recording via their Atomos Ninja V monitor/recorder… this little fella just keeps getting better and better!

Adding the ability to capture ProRes RAW directly from the Sony Alpha 1 is a pretty big deal for a device as affordable and lightweight as the Atomos Ninja V. Over the years this thing has gotten updates upon updates to support a growing number of cameras. I think that’s pretty remarkable, the company could have just released a Ninja V II or Ninja VI or whatever, but they’re staying true to the original and improving it via software, which is great of course! As Jeromy Young, Atomos CEO, puts it:

I’m thrilled to be continuously bringing to life ProRes RAW support for Sony cameras. Having such a groundbreaking camera with the additional benefits and flexibility of ProRes RAW, the Alpha 1 and Ninja V combination offers content creators an array of features to fulfil their creative vision.

The process of recording a 16-bit RAW signal from the Sony Alpha 1 is as follows: The incoming stream is compressed and recorded in the Ninja V as 12-bit ProRes RAW from the camera’s sensor at up to 4.3Kp60. Since the camera is capable of recording up to 8Kp30, this 4.3Kp60 may seem like a drawback, but I suspect this is due to hardware limitations. Still, a clean 4K RAW signal can be very beneficial in post (and you can benefit from the ability to record directly to SSD via the Ninja V).

Another quote from the press text: “Users will benefit from the full flexibility offered by the ProRes RAW format as Atomos ensures that all the camera White Balance and ISO/Exposure Offset adjustments will be available within Final Cut Pro to the user.” So there will be full white balance control in post, at least for the Alpha 1 in conjunction with the Ninja V.

A nice property of ProRes RAW is that a 12-bit RAW stream comes in at roughly the same file sizes as 10-bit 422 standard ProRes.

All this sounds nice (if you’re one of the lucky Sony Alpha 1 owners), but one question remains: When will this be available to the public? Well, we don’t know. Atomos has yet to announce a launch schedule. At least it’s encouraging that 1) it will happen, and 2) it probably won’t take too much longer. Time will tell, I guess.

What do you think? Can the Ninja V be found your gear bag already? Share your thoughts int he comments below!