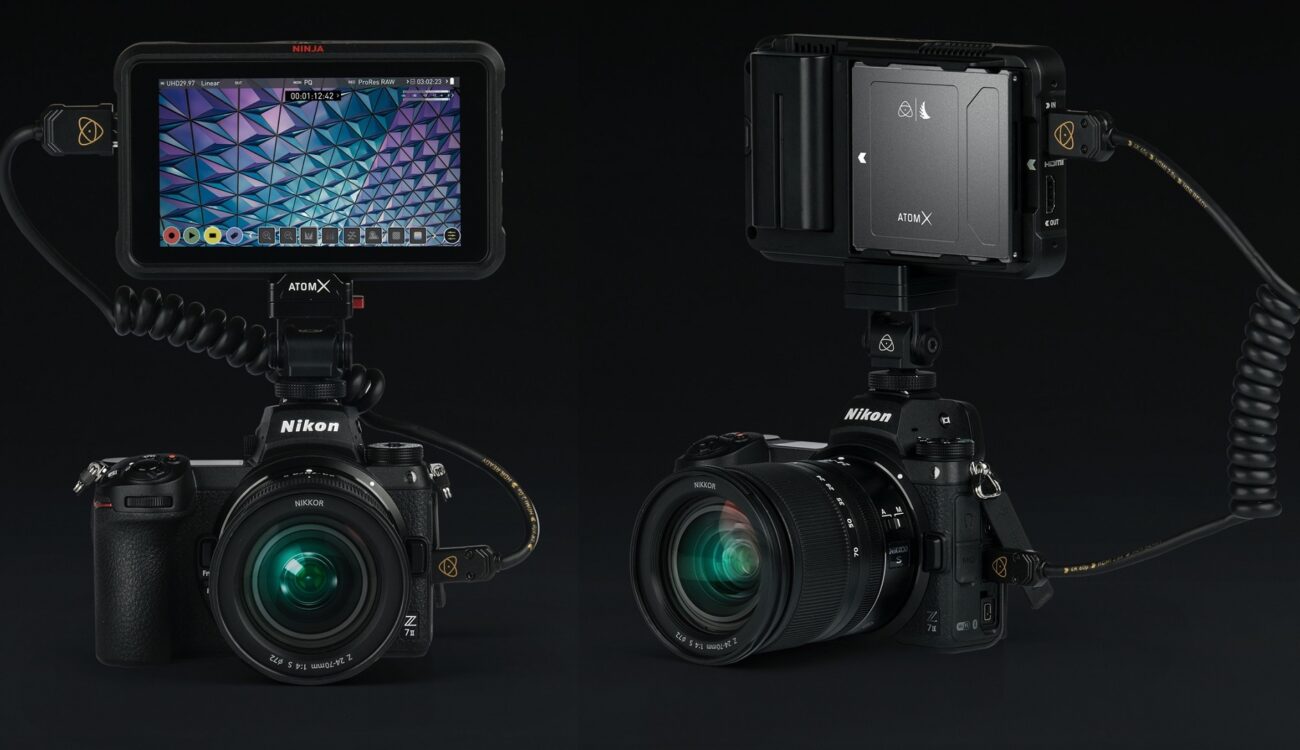 Atomos announced the Ninja V monitor/recorder is now compatible with Nikon’s latest full-frame mirrorless camera. The Nikon Z 7II ProRes RAW workflow is currently available in up to 4K UHD 30fps. N-Log is fully supported. The Atomos Ninja V update is available free of charge, but as it seems the camera needs to be updated in certified Nikon service centers for a fee to unlock the RAW output.

Nikon’s second generation of full-frame mirrorless cameras – the Nikon Z 6II and the Z 7II were announced back in October 2020. Rather than bringing any revolutionary new video features, the cameras improve slightly over the first generation. Few of the most significant upgrades are dual EXPEED 6 image processors, better AF, and the ability to record 4K UHD video at up to 60fps internally. This is, however, currently only available on the Z 7II, the more affordable Z 6II will get the 4K60 recording with a future firmware update.

In January 2019 during CES, Nikon was the first camera manufacturer to announce that they cooperate with Atomos to enable the Ninja V to capture a RAW video output via HDMI from the Nikon Z mirrorless cameras and save it as ProRes RAW. Since then, the technology came a long way and we currently have numerous cameras (including Olympus, Panasonic, SIGMA, and Sony) that can feed the Ninja V with a RAW video signal for ProRes RAW capture. You can take a look at our ProRes RAW test with the Nikon Z 6.

Atomos seems to work quite quickly on adding new firmware updates to support new cameras. In November, the company announced support for the Nikon Z 6II. A few days ago, the more expensive 45.7MP Nikon Z 7II followed. The Atomos Ninja V recorder can now record the RAW video signal from both cameras and save it as 12-bit ProRes RAW.

The Nikon Z 7II ProRes RAW capture with the Atomos Ninja V currently works in 4K UHD 30fps or Full-HD up to 60fps. It seems, however, that the camera still needs to be sent into an authorized Nikon service center to unlock the RAW output for a fee.

All Nikon Z cameras offer the ability to shoot video in N-Log, which is fully supported in the AtomHDR monitoring pipeline with the ability to add a built-in 709 preview, custom 3D LUTs and LOG to HDR conversion for both monitoring and output. The current Atomos firmware now adds the ability to monitor the RAW output as N-Log, to allow the use of existing N-Log 3D LUTs both on the Ninja but also in NLE applications where N-Log is now available as a RAW to Log conversion.

Nikon has also announced that they will be updating the firmware of the Nikon Z 7II and Z 6II as well as the older Nikon Z 7 and Z 6 in the near future to support the enhanced ISO/exposure compensation metadata for the new Final Cut Pro controls, which are also supposed to be included in an upcoming Adobe Premiere Pro update. Unfortunately, there is still no word about native ProRes RAW support in DaVinci Resolve.

As always, the Atomos Ninja V needs to be updated with the latest firmware to support the Nikon Z 7II camera. The firmware can be downloaded from Atomos Website free of charge.

When it comes to the camera itself, although Atomos says the RAW output is available on the Z 7II from its launch, the official information from Nikon still remains that all Nikon Z cameras need to be sent into an authorized Nikon service center to unlock the RAW output. This also requires a fee (the amount has not been specified yet). We will update the article as soon as we know more.

Do you use ProRes RAW capture with a mirrorless camera and the Atomos Ninja V? How do you like working with this combination? Let us know in the comments section underneath the article.