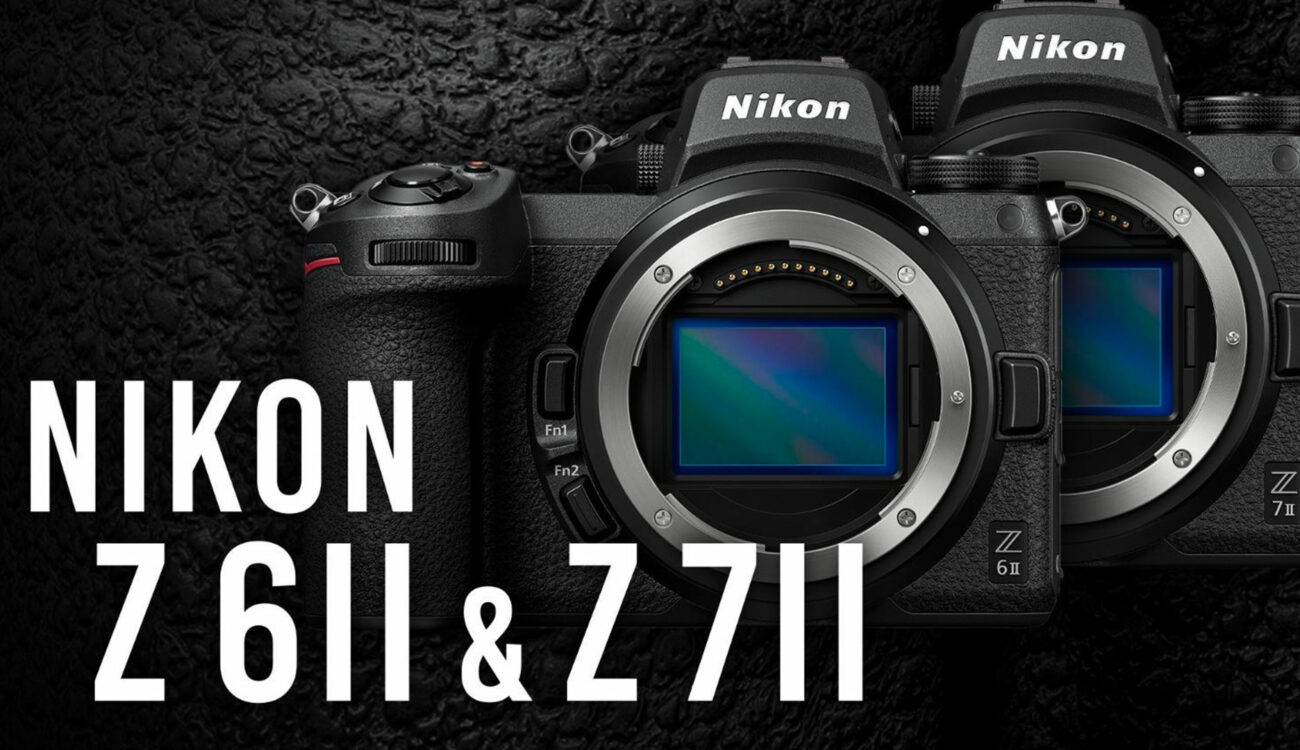 Nikon just released two new full-frame mirrorless cameras to its Z lineup: the Nikon Z 6II and Nikon Z 7II. In a nutshell, these new cameras look similar on the exterior to their predecessors – the Z 6/Z 7; the image sensors are similar, but they now feature two Expeed 6 image processors, you get double memory card slots, you can recharge the new EN-EL 15c batteries via the USB Type-C port, and you can finally record video in 4K at up to 60 frames per second. Let’s take a closer look at these!

The Nikon Z 6II and Z 7II are Nikon’s latest full-frame mirrorless cameras for their Z line of cameras. Both cameras are successors of the original Z 6/Z 7 that were released two years ago.

The Nikon Z lineup now consists of four cameras, including three full-frame models – the Z 6 II, Z 7 II, and Z 5 – and one model with an APS-C sensor, the Nikon Z 50 that was released last year.

The Nikon Z 6II and Z 7II do have many similarities with the original Z 6/Z 7. Looking at the exterior, the first and second generations look nearly identical. The cameras are still well built and made of magnesium alloy, are weather-sealed, with the same 3.2″ tilting LCD touchscreen – with no flip-out capabilities – and a 3.69MP OLED electronic viewfinder.

If you’re a Z 6/Z 7 shooter, you’ll feel at home with these cameras, as all the buttons and dials are at the exact same place.

On the inside, the Z 6II features the same 24.5 megapixels sensor, while the Z 7II does sport a 45.7MP full-frame BSI CMOS sensor with no low-pass filter. In-body image stabilization (IBIS) is available on both models.

Yet of course, there are also a couple of improvements that make these cameras better.

You noticed it, the Nikon Z 6II and Z 7II are not revolutionary cameras compared to their predecessors, but they bring a couple of much-welcomed improvements:

On the inside, both cameras now feature not one, but two dual Expeed 6 image processors. This allows continuous shooting speed at up to 14fps for the Z6 II and 10fps on the Z 7II.

On the battery side, the cameras are now powered via a new Nikon EN-EL 15c battery, which is claimed to be 15% more powerful than the previous batteries. Also, you can power the camera and recharge the batteries via its USB Type-C port.

An improved battery grip, the Nikon MB-N11, is launched alongside the Nikon Z 6II/Z 7II. For stills shooters, this grip now features dials to adjust your exposure/shutter speed, as well as an AF-On button and a joystick to move/select your focus box.

Talking about autofocus, Nikon claims that they improved it a lot, with the addition of a wide-area AF mode to benefit the 493-point and 273-point AF systems of the Z 7 II and Z 6 II. Various AF tracking systems are available in stills and video modes, including Animal, Eye, and Face detection. The autofocus in low-light shooting conditions should also be improved.

The Nikon Z 6II/Z 7II will now be capable of recording video in 4K UHD at up to 60 frames per second. However, this feature will only be available at the launch of the Z 7II, and be available later this year on the Z 6II via a firmware update. At launch, the Z 6II will support 4K UHD video recording at up to 30p and FullHD at 120p. And, both cameras will have N-Log gamma and HLG (HDR) formats.

The original Nikon Z 6/Z 7 were already capable of ProRes RAW external recording onto the Atomos Ninja V that we tested. The Z 6II/Z 7II will still be able to record 12-bit ProRes RAW to the Ninja V via the HDMI output in both FX and DX-based movie formats. However, this feature will not be available for free, and you’ll need to send your camera to a Nikon service facility to get it enabled.

What do you think about these new Nikon full-frame mirrorless cameras? Did you ever shoot ProRes RAW with the Z 6/Z 7? Don’t hesitate to let us know in the comments below!