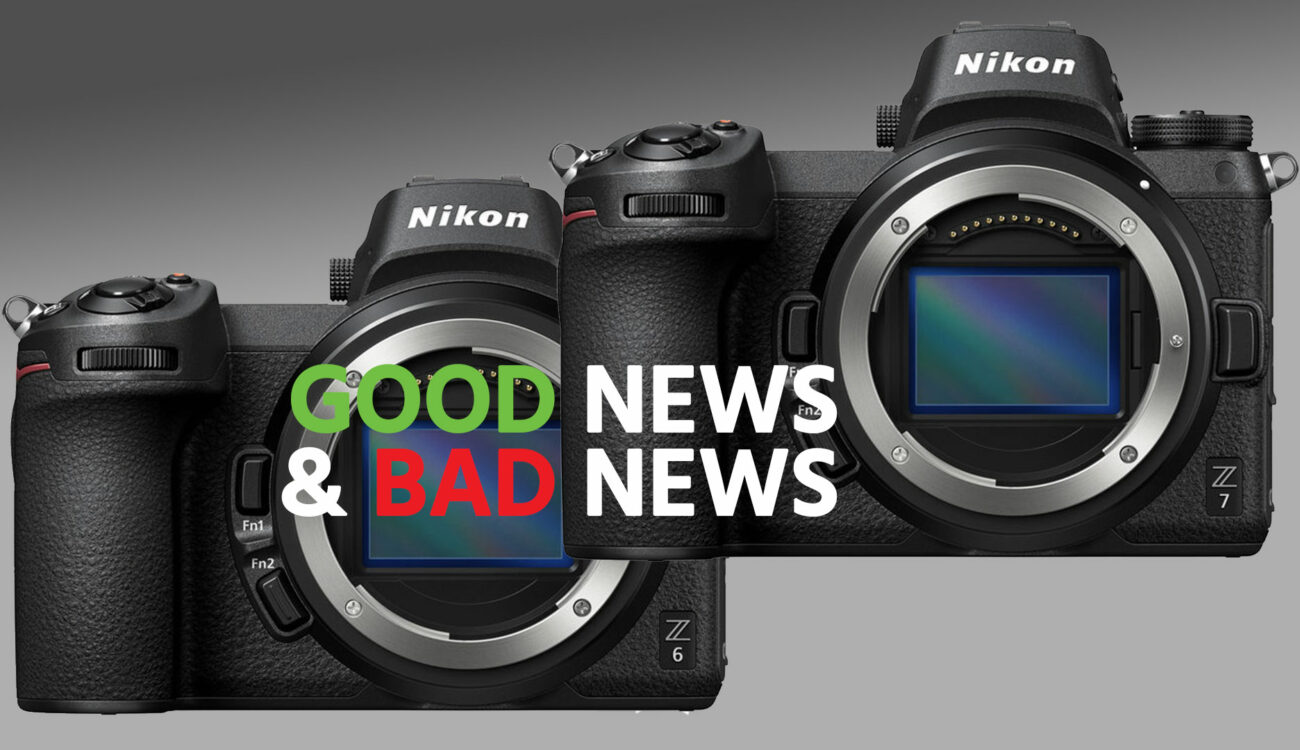 Both Nikon Z 6 and Z 7 mirrorless cameras got a firmware update 2.0, which improves autofocus and fixes some bugs. At the same time, Nikon issued a recall on some Nikon Z 6 and Nikon Z 7 cameras due to an issue with vibration reduction (VR). 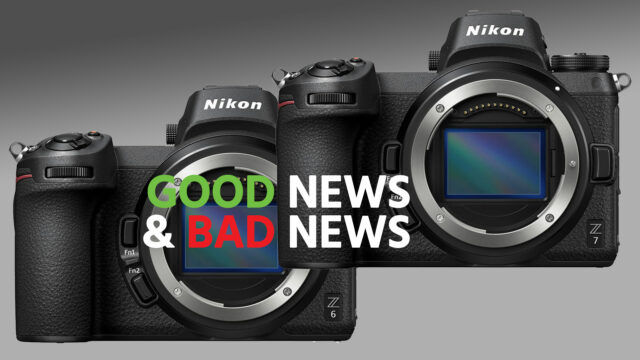 Nikon has both good and bad news regarding their Nikon Z 6 and Z 7 mirrorless cameras.

Nikon Z 6 and Z 7 full-frame mirrorless cameras have both been introduced last summer and they caught attention of many filmmakers. Lately, Nikon assured us that filmmakers are very important customer group for the company by enabling RAW video signal output via HDMI. Both Z 6 and Z 7 are now getting a new firmware update 2.0 which improves autofocus, but some cameras will have to be recalled due to vibration reduction (VR) issue.

The new free firmware update adds Eye-Detection autofocus (AF) for still-image shooting. It works in AF-S and AF-C focus modes. For capturing both photos and videos, the low-light autofocus performance got better.

The update also adds auto-exposure (AE) tracking capability to the continuous high-speed (extended) mode (for photos capture). Now the cameras will be able to track exposure just as they do with focus (AF tracking). This helps to ensure that all images captured with a burst of high-speed continuous shooting are in focus and exhibit optimal exposure, even when the brightness of the scene changes.

For more information about the free firmware update and how to get it, check Nikon’s official page.

Recall Due To Vibration Reduction Issue

On May 16th Nikon has released “Technical service advisory” note on their site, which informs users of the Nikon Z 6 and Z 7 cameras, that there might be an issue with the vibration reduction (VR) feature on those cameras. They are saying that the vibration reduction (VR) feature in some Nikon Z 6 and Z 7 cameras may not function fully.

Location of the serial number on Nikon Z 6. Source: Nikon

To locate your camera’s serial number, open the camera’s monitor on the back and the serial number will be the 7-digit number printed on the label affixed to the camera body, as indicated by the red frame in the image above. You may also contact Nikon Customer Relations for assistance.

Do you own a Nikon Z 6 or Z 7? Did you notice any issues with the vibration reduction feature? Let us know in the comments below the article.