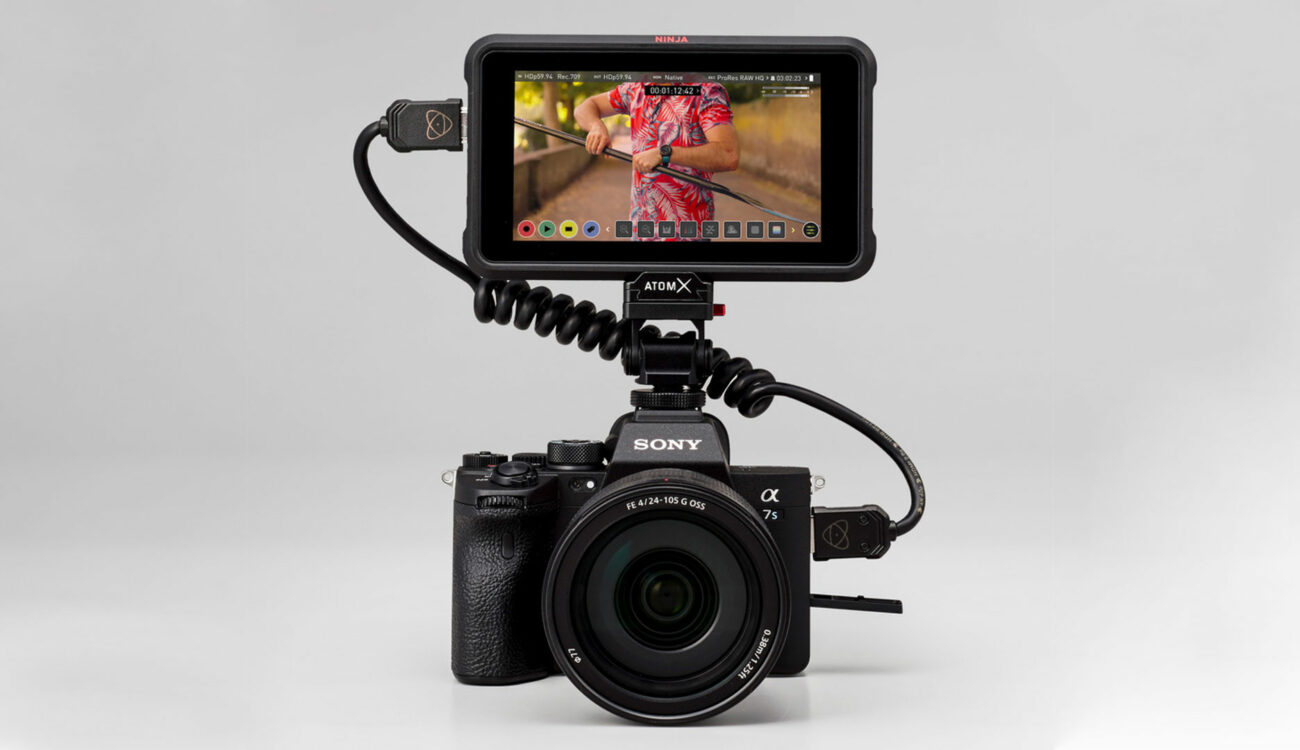 Atomos has announced that the free firmware update for the Atomos Ninja V monitor/recorder that enables Apple ProRes RAW recording over HDMI is now available. With this update, you can capture 12-bit ProRes RAW from the camera’s full-frame sensor at up to 4K60p. Let’s take a closer look at it!

A couple of months ago, along with the launch of the Sony a7S III – you can watch our review here – Atomos announced that they will support Apple ProRes RAW recording over HDMI output.

Our colleague Philip Bloom made a beautiful launch video that you can watch above and that shows the true potential of this Sony a7S III plus Ninja V combo.

In a nutshell, the Sony a7S III can output a 16-bit linear RAW signal from its full-size HDMI port. The Ninja V can record that signal as a 12-bit ProRes RAW file at up to 4K60p. Also, on the Ninja V, you have the choice to record this signal as a 10-bit 422 Log or Rec.709 video at up to 4K60p in either ProRes or DNx “editing-ready” codecs.

According to Atomos’ AtomosOS V10.54 release note, here are all the recording formats and framerates you can get with the Ninja V and Sony a7S III combo:

This is great, but there are some limitations:

Larger recordings on a 2TB SSD may occasionally not play back correctly on the Ninja V. This is related to playback on the Ninja V only and the recorded file is unaffected.

The Ninja V may not recommence recording automatically when momentarily losing video signal lock due to a faulty
cable connection.

While these limitations are “minor,” you better know them if you plan on purchasing this combo.

The free AtomOS update for the Atomos Ninja V monitor/recorder is now available to download directly from the Atomos website here.

Subtitle:
“The good Camera with a bad codec”

Hope there is a raw dng option .. Because I like to color the raw file using adobe raw plugin

Without WB and ISO adjustments in FCPX (or any other…) things are really much much less interesting to me …. is there any chance to implements them?

Hi Luca! No clue at the moment, but it may come later down the road, as WB/ISO adjustments were not available only a couple of months ago. In my opinion, it’s just a matter of time I think.

They are available in Assimilate Scratch with surely the rest to follow. In Scratch it behaves like real raw footage. I’ve been testing it.

The Dude
Member
Reply to  Luca

They just added WB and ISO adjustments to the latest update.

Will Dano
Member
Reply to  Luca

While it would be nice to have these options, it’s good to note that even without them the Prores “Raw” is helpful. It’s not really Raw, but it’s a 12bit Prores codec (similar to Prores 4444); which even without WB/ISO controls is better to work with than 10bit for heavy grades/greenscreen work/etc…

Nice to see yet another camera on the raw-output bandwagon.

Wow. Nobody should even offer this anymore. Someone might accidentally use it.

This allows you to submit work to certain broadcasters. Some will absolutely not accept anything else. So there’s a good reason for keeping this option alive.

Now we have to wait for the A7siii to arrive to see how it works. Will it be necessary to have a special HDMI cable to be able to record 4K 60fps? Or does it work with a normal one ?.

Any high-quality HDMI cable will work (AKA one that can handle 4K). Atomos sells some short ones that would be suitable.

Hi, I guess you’ll have to get an HDMI 2.0 cable, at least for the best possible results. Other than that, you don’t need a special HDMI cable.