Sony just announced the highly-anticipated successor to the a7S II. The Sony a7S III mirrorless camera features a new 12.1MP full-frame sensor with a new Bionz XR image processor. The camera can record uncropped video internally in up to 4K120p in 10-bit 4:2:2 and in Full HD in up to 240fps. There is 16-bit RAW in 4K60 externally via full-size HDMI, 5-axis IBIS, vari-angle touchscreen LCD, reworked menu, and the autofocus works in every recording mode. We talked with Sony representative Yann Salmon-Legagneur about the camera. Make sure to check Johnnie’s a7S III Review and Lowlight Sample Footage article as well. 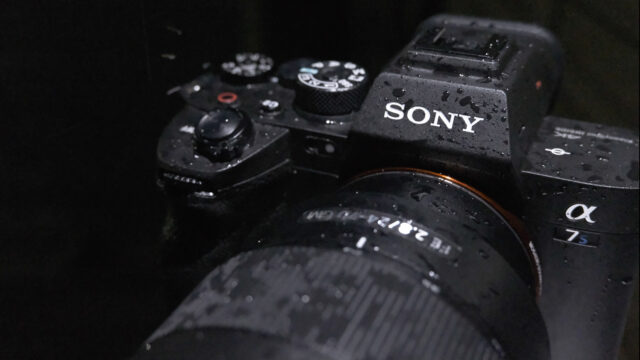 Some filmmakers might have started losing hope whether this day really will come. We asked Sony about this camera multiple times on different tradeshows in recent years. Now it is finally here. It took five long years for the Sony a7S II successor to come.

In Johnnie’s interview with Yann Salmon-Legagneur from Sony, we found out that the long delay of the a7S III announcement was necessary for Sony to gather enough information from their users to develop a product that will not only meet but exceed the expectations.

Anyway, now that the a7S III was announced, I have to admit – its specs and features look indeed quite impressive. Let’s dive right in.

At the heart of the Sony a7S III, we can find a newly designed 12.1MP full-frame Exmor R CMOS (BSI) image sensor that is back-illuminated and it should offer 2x faster readout speed.

Yes, that’s right, the resolution remained the same as with the Sony a7S II. As a result, the highest available video resolution is 4K. Fewer pixels also means each pixel can be larger – and larger is better in this case. Sony really seems to have listened to its customers who wanted better pixels, not more of them. 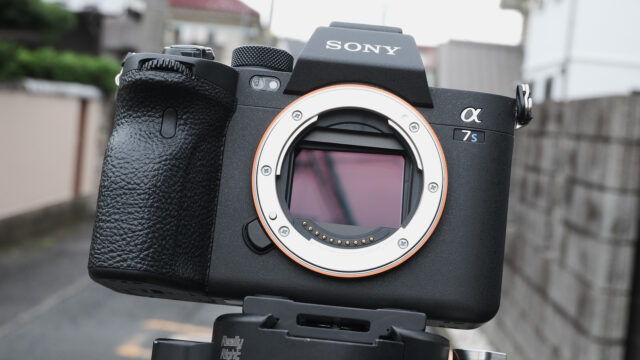 As Yann told us, according to Sony research, 4K still has a long future. Even without higher resolutions, this camera will be future-proof for years to come. Sony thinks 8K adoption in delivery will take a long time. They decided to focus on perfecting the 4K image acquisition.

As you would expect, the sensor will again excel in low light. As with the a7S II, the ISO can be set as high as 409,000. Sony also says they worked on minimizing the rolling shutter. We will, of course, test this in our lab soon. Another thing we will test in our lab is Sony’s claimed 15+ stops of dynamic range in S-Log with the a7S III (the a7S II had 12+ stops according to Sony). 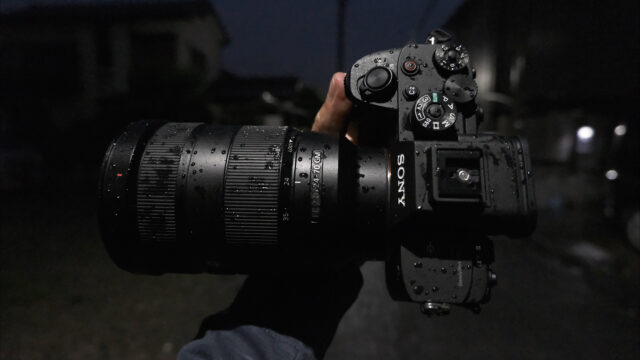 All the uncropped recording modes and the improved rolling shutter would not be possible without the new image processor. Sony introduces the new Bionz XR processor in the a7S III. They claim it has 8x more processing power than the current generation. 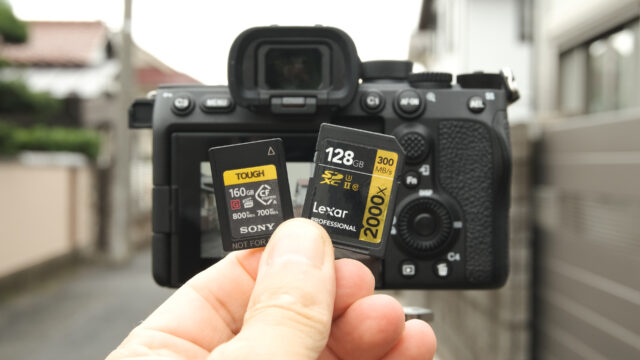 According to Yann, the camera can record to fast UHS-II SD cards (V60 or V90) in all recording modes except the 4K 120p 4:2:2 All-Intra mode. This is only possible with CFexpress. 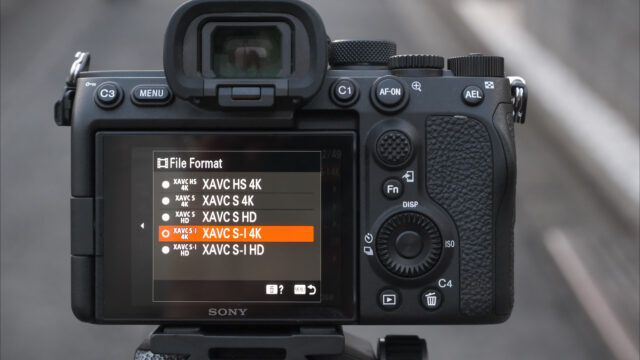 The good news is that Sony paid attention to a good cooling system, so the camera does not overheat. Yann told us a full battery provides around one hour of 4K60p recording. When connected to an external power source, the recording time is only limited by a memory card size. 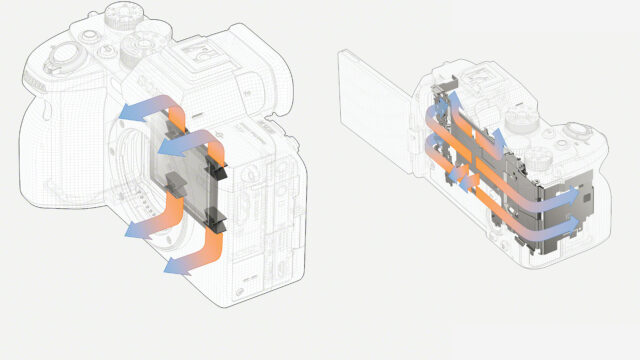 There is also no crop in most of the recording modes. Only in 4K 120p/100p there is a 1.1x crop. Otherwise, the sensor output is a full-pixel readout without binning (full-frame).

Another great improvement with the a7S III is the HDMI external video output. Not only that Sony finally implemented a full-size HDMI port, the camera (as a first Sony Alpha camera ever) can also output a 16-bit RAW video signal in up to 4K60p.

The truth is that there is currently no external recorder that could take advantage of the 16-bit RAW over HDMI, but it makes the camera even more future-proof. Yann told us that Sony decided to prioritize other features over internal RAW recording and so that’s why RAW is only available externally.

I don’t think many people will buy the a7S III as a primary stills camera, but it can, of course, shoot RAW photos. The resolution is low, but thanks to the high sensitivity, the image should be quite clean. The maximum available shutter speed is 1/8000s. Continuous stills shooting is available till 10fps. 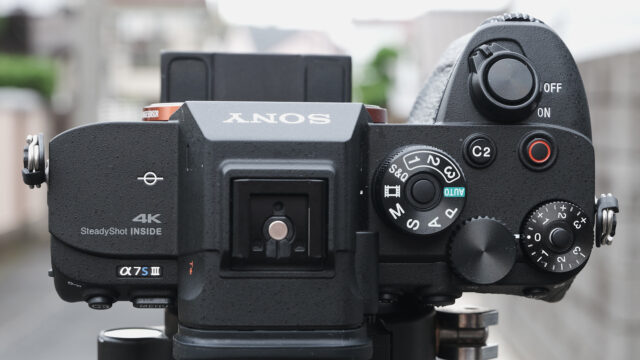 Sony says they reworked the In-Body 5-axis (IBIS) stabilization. Additionally, there is a Digital Stabilization “active mode” which adds a 10% crop, but further stabilizes the image.

The autofocus includes 759 phase-detection AF points (92% coverage). Autofocus functions feature Eye AF for both humans and animals. According to Sony, the AF performance was enhanced by the new Bionz XR processor by 30%. Impressively enough, the autofocus is available in all recording modes and all framerates. 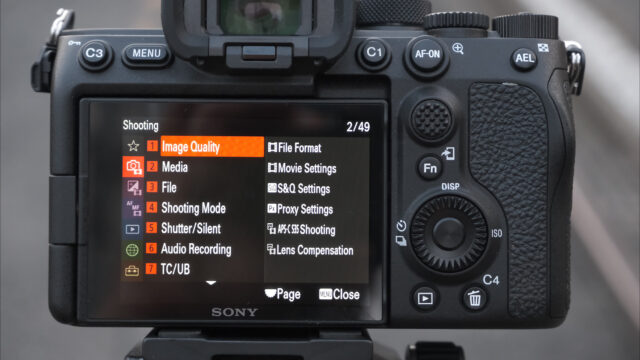 Another proof of Sony listening to its customers is that they finally reworked the camera menu. It should now be much better organized with vertical icons and a specialized menu for filmmakers to ease the settings. 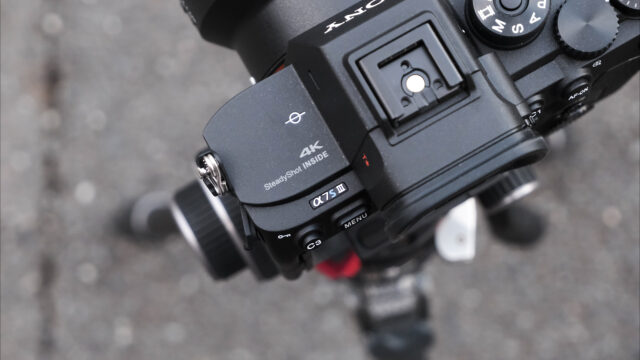 The camera body is made out of magnesium and it has dimensions of (WxHxD) 129 x 97 x 70 mm which is only slightly larger than the a7S II. The camera body (including battery) weighs 699g and it accepts Sony NP-FZ100 batteries which is certainly an improvement over the a7S II. The ergonomics is also supposed to be better – larger buttons, larger grip, easy access to the movie record button.

What do you think about the Sony a7S III? Did Sony really exceed your expectations? Which feature of the a7S III is the most appealing to you? Are you planning on getting the camera for your filmmaking work? Let us know your thoughts in the comments section below.