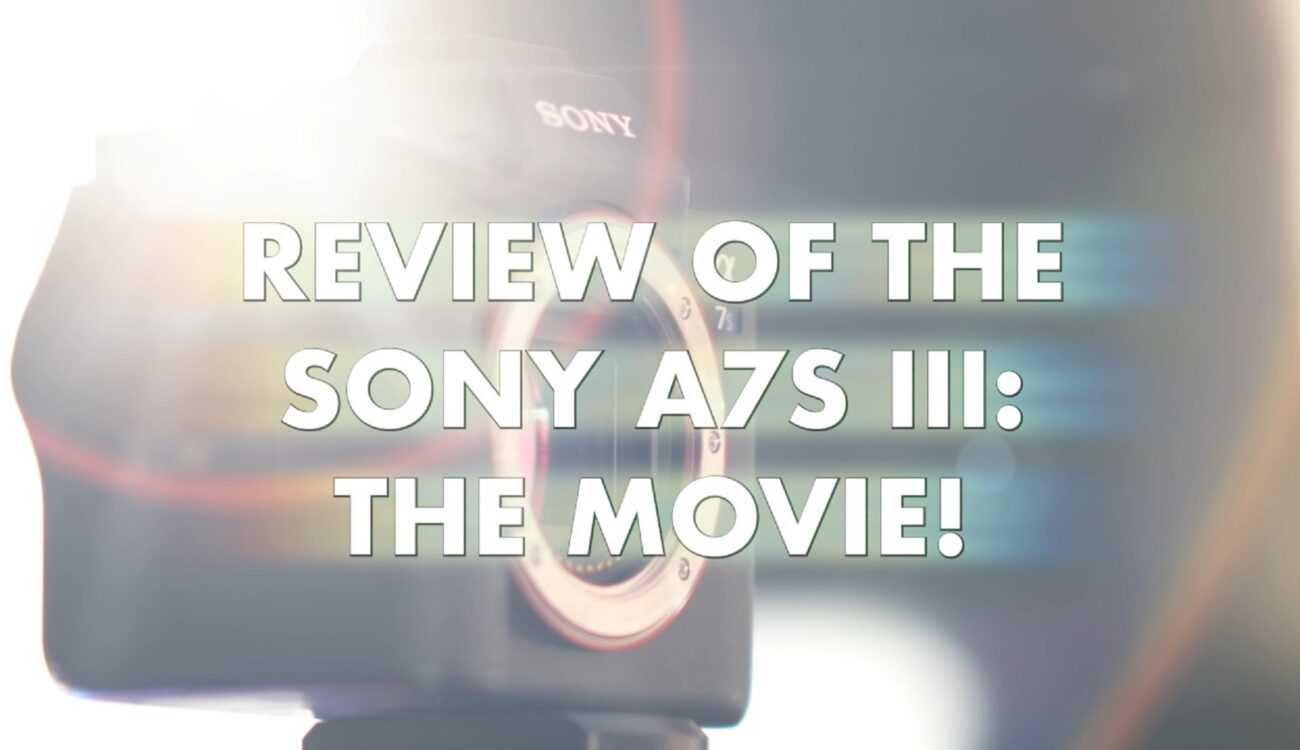 Philip Bloom recently published his Sony a7S III review. At 74 minutes it is quite long, but it is very informative and useful in my opinion. You can watch it on Philip’s Youtube or Vimeo channel.

The long-awaited full-frame mirrorless low light beast Sony a7S III was released about a week ago. Even though the camera can be pre-ordered already, the shipping does not start until September. In the meantime, it might be a good idea to watch a few reviews if you are interested in knowing more about this camera.

You can, of course, watch Johnnie’s a7S III review right here on CineD. Our Lab Test is not yet done, but it will come soon once we receive a production unit at our Vienna headquarters. Other a7S III reviews which are quite interesting can be found on Gerald Undone’s Youtube channel or Potato Jet’s Youtube channel.

Philip Bloom released his a7S III review a bit later because, as he said, he was too busy finishing the other two videos for the a7S III launch (which were done as official launch videos for Sony and Atomos). It is much longer than other reviews out there (although not as long as his Sony FX9 review) and I think it is very informative and useful, so I decided to write a separate article about it.

Philip started his review with a montage of different people saying what they expect from the Sony a7S III. It is interesting to see that Sony actually met majority of those wishes with the new camera.

One of the requests that repeated itself quite often was to improve rolling shutter. Sony claims to have improved it, so Philip tested it against the Sony a7S II and the a7 III. It really did improve noticeably.

The 10-bit color space in the a7S III is available in all recording modes and resolutions which is great. As Philip said, it finally makes Slog3 usable on this camera and therefore matches better with the FX9 or other larger Sony cameras. There is, however, no S-Cinetone color profile.

Cool thing is that the Sony a7S III allows users to switch from PAL to NTSC (or vice versa) and continue to record on the same memory card. Previously, most cameras required to format a memory card before the recording in a different frequency standard was possible. There are probably not many people who will take full advantage of this, but it is nice to see Sony thought about this.

The base ISO of the a7S III is 640 which is surprisingly low compared to the previous a7S models. With expanded ISO it can even be brought down more. That makes this camera more usable in bright daylight as the ND filters do not have to be so strong all the time.

Interestingly enough, the camera starts to produce much cleaner images when the ISO goes from 12,800 up to 16,000. This applies to RAW output as well. It looks as if the sensor had a second native ISO at 16,000, but Sony denied it. My colleague Johnnie and Gerald Undone also noticed this during their testing. I am curious if this will still be the case when the camera is finally released.

The only thing Philip complained about, is that the in-camera noise reduction can’t be turned off when recording internally. That caused some of his high-ISO clips to be unusable. Noise reduction can always be more precisely applied in NLE with Neat Video for example. While it is quite easy to remove noise in the post, it is nearly impossible to remove artifacts from the camera’s internal noise reduction. It would be nice if Sony enabled turning the NR off via a future firmware update.

When recording externally with the a7S III, the RAW video stream, of course, does not have any NR applied and that is a better starting position for post work.

When it comes to Full HD 200/240fps mode (this one does require the S&Q turned on), Philip mentioned how important it is not to underexpose these modes, because there is quite a bit of noise in the shadows.

Philip said he likes the new flip screen, but not the auto mirroring and auto image flipping. It complicates working at non-standard angles. Good thing is that the microphone jack connector does not stand in the way of the flip screen. The headphone jack and all the other ports, however, do stand in the way when the flippy screen is in the facing-forward-vlogging position.

Another good ergonomics improvement is the new menu structure and touchscreen capability.

Very welcomed addition is also the full-size HDMI port which is generally much more sturdy than the smaller HDMI ports. Furthermore, the camera has both Micro USB and USB-C ports. The USB Type-C can be used for charging as well. There is also the Sony MI shoe for accessories like the Sony XLR K3M module for up to four channels of audio.

When it comes to stabilization, the IBIS is not perfect, but it is ok according to Philip. The active mode (which is not available in UHD 100/120) adds a 1.1x crop and it helps to improve the IBIS experience quite a lot.

Interestingly, just like the Sony FX9, the a7S III also records gyroscopic data with the video files. These can help further stabilize the footage in post-production in Catalyst Browse software. The gyroscopic data are, however, not available in UHD 100/120fps and HD 200/240fps.

Philip tested the overheating quite thoroughly in my opinion. While the Auto Power Off Temperature option was set to high, according to Philip’s experience, the camera almost never overheated and turned off. He tested it with warm lamp at home and the camera only ever shut down after one-hour recording in UHD 100fps XAVC HS H.265 mode in an environment with above 40 degrees Celsius.

Fortunately, the recovery time also wasn’t too long. All in all, the camera has a very good heat management and most users will never be limited by overheating.

The autofocus is very good, but sadly the animal autofocus only works in stills mode at the moment. Philip said that Canon managed the animal Eye AF much better with the new Dual Pixel in their recent cameras.

Sony uses a mix of Contrast and Phase Detection Autofocus in the camera and it is very good. Just like the FX9, the a7S III offers fine adjustments of many aspects of the autofocus as well.

Unfortunately, Sony’s touch tracking autofocus does not work when the camera outputs the on-screen monitor over HDMI to an external monitor. As Philip mentioned, it would be nice if Sony fixed this as well.

What do you think about Philip’s Sony a7S III review? Did you pre-order the camera already? Is there something you really don’t like about the a7S III? Let us know in the comments section underneath the article.