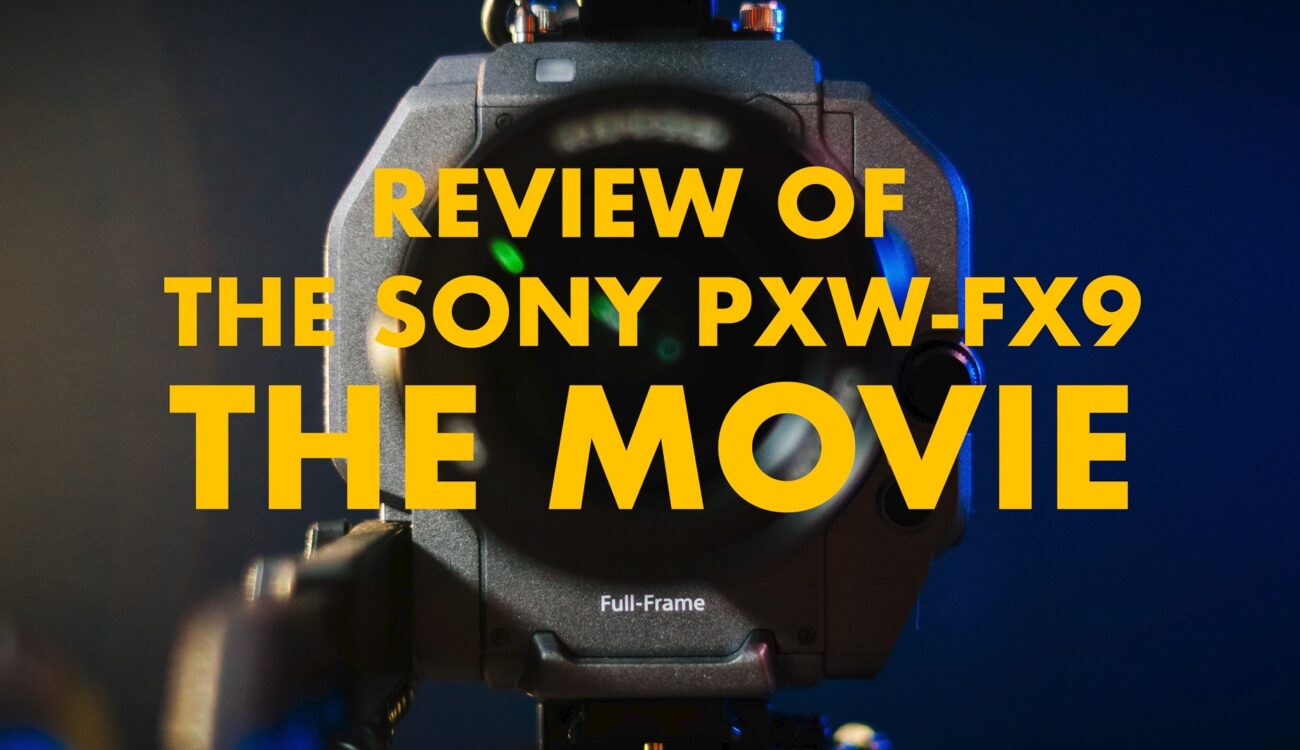 The Sony FX9 camera review by Philip Bloom is a nearly two-hours long in-depth video review, which he shot over the last four months. Finally released, it covers many aspects of the camera – some of them very extensively. One of the most important topics is the camera’s autofocus. This article shortly summarizes his review.

The Sony FX9 full-frame cinema camera has been out on the market for a few months now. Many customers already received their camera and shot projects with it. We are also working with it and are preparing tests on the camera around various aspects of it. It is an innovative professional camera with numerous innovations in multiple fields.

We have already published a few useful articles about the FX9, like the:

Philip Bloom is a filmmaker based in the UK, well known for his contributions to the community over many years. He tested various cameras throughout his career and for the past four months, he has been playing with the Sony FX9. What was initially only supposed to be a short camera review shot in November 2019 with the pre-production firmware 0.5, grew into nearly two hours long in-depth review. 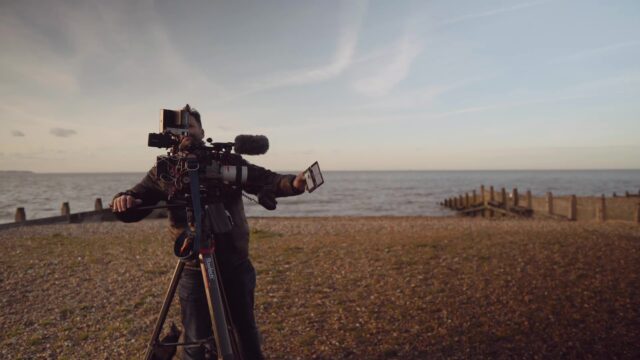 Philip invested a lot of time into the review and we think it could really benefit our readers who own the FX9 or who are thinking of buying the camera. That’s why we decided to publish this article about the review.

Philip compared this review with his old review of the Sony FS7 from 2015, which was nearly 50 minutes long. The FX9 review does not cover as many aspects of the camera as the FS7 review, but it covers these topics much more in-depth.

The Sony FS7 was Philip’s main documentary camera for many years. He praised its reliability. The only two things he missed about the Sony FS7 was its low light capability and the poor autofocus performance. These are exactly the two things that the Sony FX9 aims to fix.

The Sony FX9 has been introduced in September 2019 and selected industry professionals (including Philip Bloom and cinema5D’s Nino Leitner) had a couple of hours to play with the camera. Since then, Philip spent two weeks of filming with the FX9 in November (with the pre-release firmware 0.5) and then on and off for the next three months (release firmware 1.0). Altogether, around eight weeks of work in total.

Currently, the FX9 has a firmware version 1.0, but it is still missing some features like a full-frame slow-motion, 6K resolution recording (not sure if it will ever come), 4K and 2K DCI modes, a 5K crop mode, and some other features, many of which are coming later with future firmware updates, expected in summer 2020. 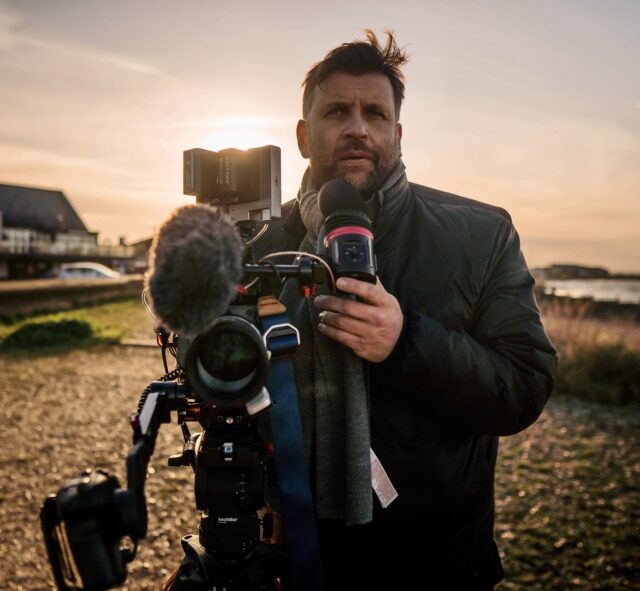 One of the most noticeable things to improve from the FS7 is the color science straight out of the camera. The FX9 offers a new S-Cinetone color profile, which Philip used a lot in the course of his review. It’s based on the improved color science of the Sony VENICE.

Many professionals in the film industry only use manual focus, but since the AF became so capable, it is important to take a look at what it can do and what it can’t do. A big chunk of Philip’s FX9 review, therefore, was dedicated to its autofocus. As mentioned in the video, autofocus in video cameras needs to really be accurate, smooth, and reliable. Only then it makes sense to start using it.

As image sensors get larger and resolutions get higher, it is becoming more difficult to keep things in focus. Better and larger screens and more accurate focus assist tools are necessary to pull the manual focus correctly. Manual focusing gets even more complicated with photographic lenses which have short focus throw and sometimes even non-linear (fly-by-wire) focus wheel.

The autofocus on the FX9 works best with native Sony glass, but it also somewhat works with adapted EF-mount glass with the Sigma MC-11 adapter or the Metabones adapters. The face tracking was not that reliable with adapted glass. Sigma MC-11 with new SIGMA lenses seems to have worked very well – almost like a native glass. For the best autofocus results, however, a native E-mount glass is needed. 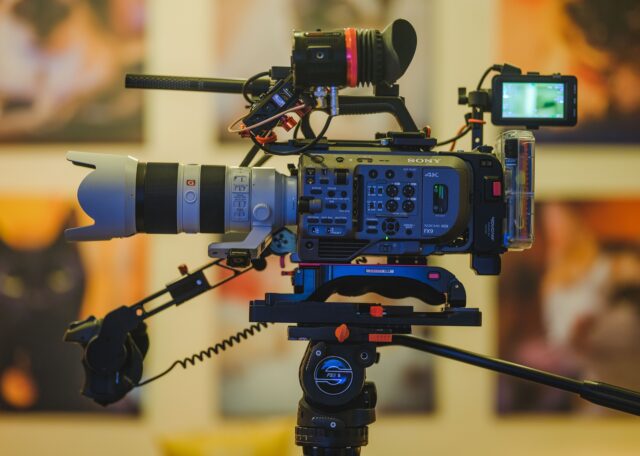 It is possible to tweak various aspects of the AF, like transition speed, sensitivity, and so on. Currently, there is no animal recognition autofocus on the FX9 like there is in the Sony Alpha series. An important note is that the autofocus only works when the camera’s frequency matches the framerate.

The Sony FX9 screen does not have a touchscreen function. There is a rumor that the display actually is a touchscreen, it is just not enabled. Sony, however, did not officially confirm this yet. Philip says that having a touchscreen for the autofocus would certainly be a VERY welcomed feature.

The FX9 offers various modes of face tracking autofocus. Face-Only Mode stays on the subject’s face and when it disappears from the frame, the camera does not refocus to the background. It will keep looking for a face and when that again reappears, it will track it and keep it in focus. Face Priority AF will focus on the subject’s face, but when there are no faces in the frame, it will refocus on the background. 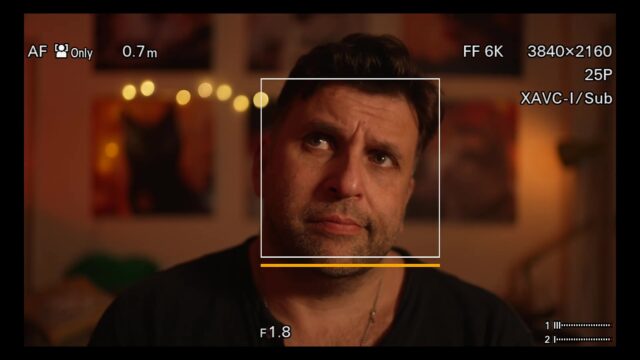 When there are more faces, the camera chooses the dominant one and keeps the focus on it. The white square is then marked with a yellow line. Users can always select a different face using the FX9’s joystick. Focus Hold is a useful function to keep the camera from refocusing when the AF-locked-face exits the frame. Philip recommends mapping Focus Hold to a function button.

The Face Registration function can keep the focus on a particular person and not care about the other faces in the frame. Philip even tried to draw different faces on a whiteboard and he tested when the camera recognizes the drawing as a face. He also tried wearing different masks. 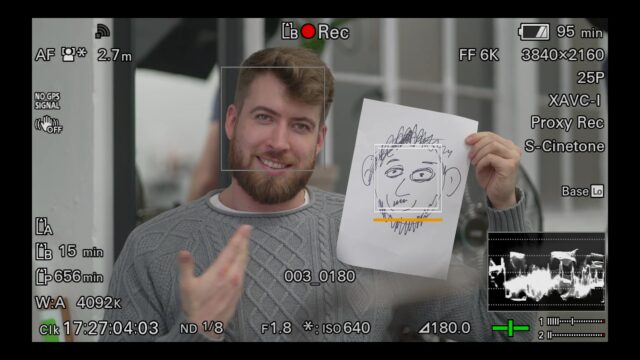 As a conclusion, Philip tried to really push the AF capabilities of the FX9 to their limits and at times it really frustrated him. In many real-world scenarios, however, it was performing very well and the AF was reliable most of the time. The autofocus struggles for instance with a dark face and bright background or when there are many faces in the frame. Philip sent his findings to Sony, so hopefully, they can fine-tune the AF even more with future firmware updates. 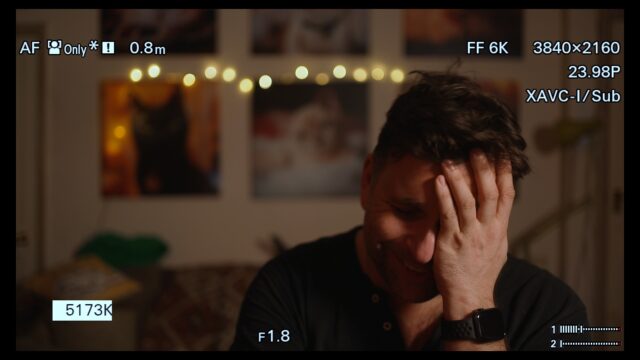 Philip does not think the autofocus is going to replace the manual focus workflow and focus pullers in the near future. It will only become a capable alternative for many shooting scenarios. He also said that “autofocus is not simply a switch to turn on and everything is magically in focus, it takes skill and practice to get the best out of it.”

The FX9 has a dual ISO sensor, the lower native ISO is 800 and the higher native ISO is 4000. For ISO values between 800 and 4000, Philip recommends using the higher base of 4000 and dialing the ISO down as it produces a cleaner image (tested in S-Cinetone). 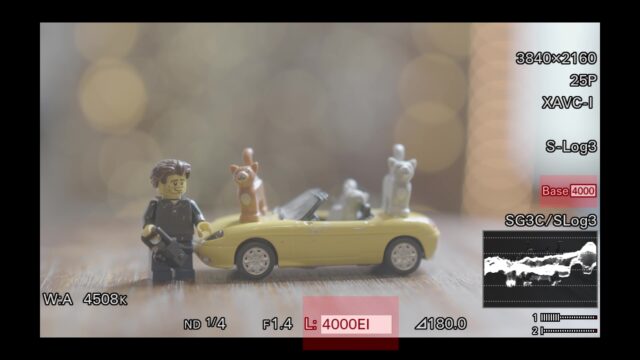 The low light performance is much better than it was with the Sony FS7 and the image seems fine and clean even at ISO 12.800.

The Electronic Variable ND Filter (eND) is implemented better than in the previous Sony cameras according to Philip. 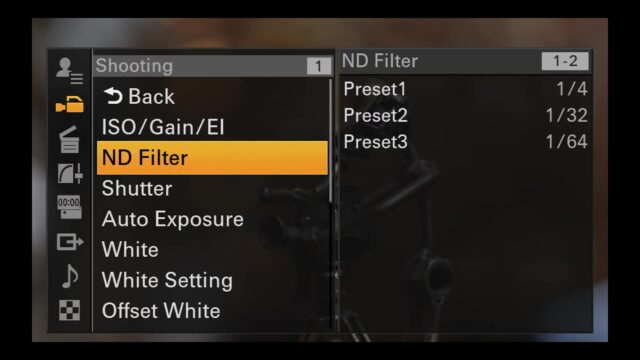 With a lens with smooth IRIS combined with variable eND, it is possible to do a “Depth of field rack”. It changes the bokeh while maintaining the exposure by changing the ND level while opening or closing the IRIS. This offers a different tool than the focus pull – it still keeps the main subject in focus, but slowly reveals or hides everything else in the frame. 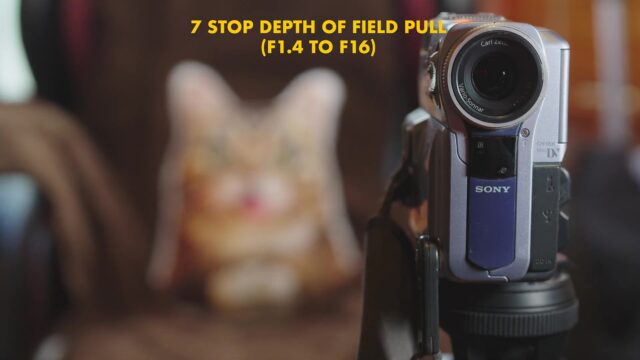 The FX9 uses the lever-lock version of the E-mount, so it is not possible to mount the lens using only one hand. It is always a two-handed operation. The advantage of this is a much more sturdy and secure lens-body connection, but you have to put your camera down to change the lens if you are doing it alone.

There are more crop modes of the 3:2 sensor. Although the sensor resolution is 6K, the camera does not (yet) record 6K video (in fact, the XAVC-I codec does not support a resolution larger than 4K). The video is being downsampled to 4K. Full-frame is now also only available up to 30fps. For higher frame rates it is necessary to switch into a Super35 mode. 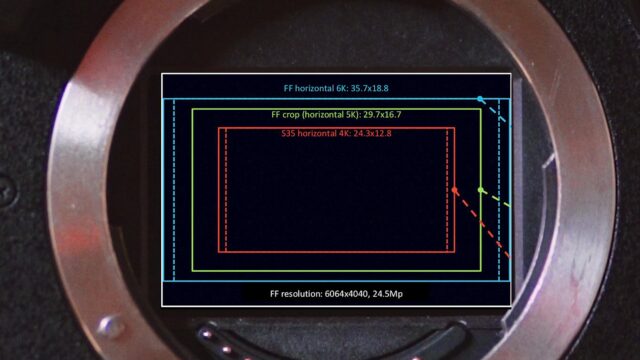 For slow-motion in 1080p (up to 120fps), you need to change the scanning mode to 2K (full-frame), which scans the sensor in a lower resolution so it degrades the image quality a bit. The 1080p 120fps footage still looks quite nice according to Philip. 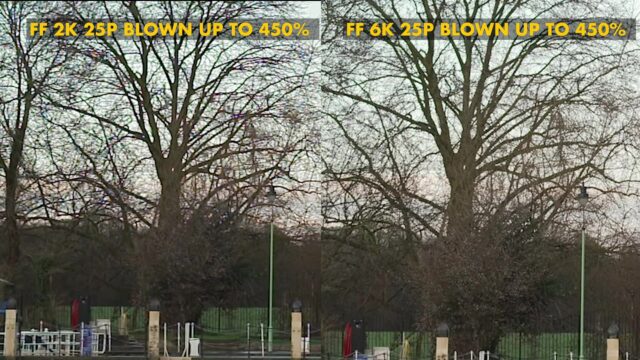 Sony FX9 does not have sensor stabilization, but it records data from its gyroscope. This data can then be used with a Catalyst Browser to stabilize the footage during post-production.

The FX9 uses the same BP-U batteries like the FS7 but it draws power more quickly – about a one third quicker according to Philip. The Sony XDCA-FX9 extension unit offers not only the V-Mount battery plate but some other extra functions like the RAW output. It is quite expensive and bulky though. 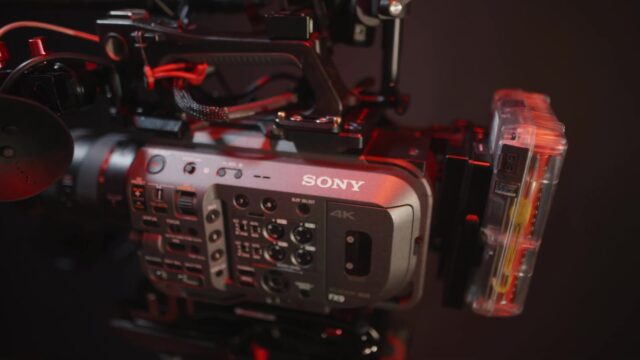 If you don’t need that many extra features, there are also third-party powering solutions (battery plates) for the FX9. many of those also allow a small BP-U battery to be inserted to the camera at the same time to provide for a hot-swap ability. Philip recommends the Wooden Camera battery plate (because it can be simply flipped up to replace the internal BP-U battery) and the Core SWX plate.

Philip dedicated a part of his review to talk about useful FX9 accessories. He said, in terms of ergonomics, the FX9 is much better and more usable out of the box than the FS7 was.

As an essential piece of accessory, he recommends getting a different top plate, because the Sony rod system for the display is not that well designed. Philip uses the Zacuto Top Plate. It offers a nice way to mount and adjust the EVF or monitor without tolls. He does not recommend changing the Sony top handle though.

Other useful, but not essential accessories could be:

What do you think of Philip’s FX9 review? Do you own the camera or are you considering getting one? Let us know in the comments underneath the article.