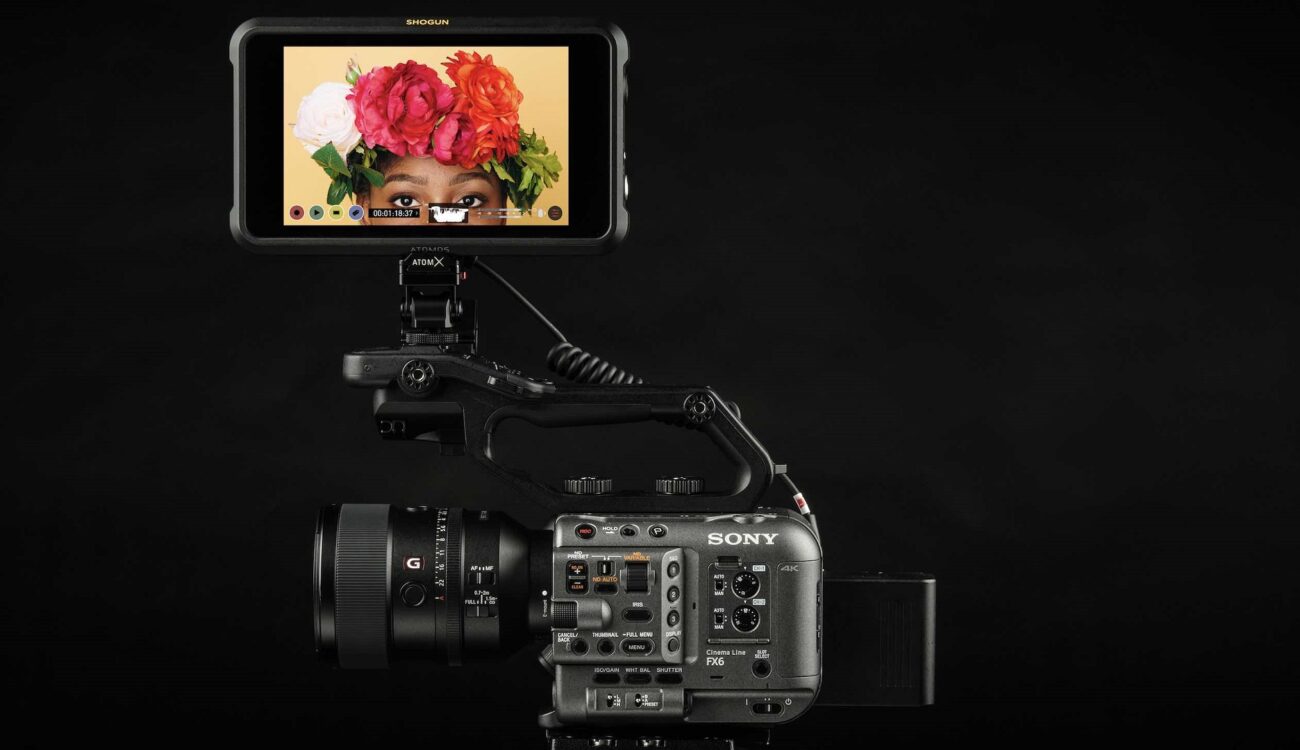 Atomos just announced that its monitor/recorder Shogun 7 supports the RAW output from the brand new Sony FX6 full-frame cinema camera. The Atomos Shogun 7 is able to capture the 16-bit linear RAW video signal coming over SDI as 12-bit ProRes RAW in up to DCI 4K60.

Sony FX6 full-frame cinema camera has just been announced and it looks very interesting. It includes most of the features of the Sony a7S III housed in a Sony Cinema line FX9-like compact body. It also includes Sony’s great electronic VariND filter and some more new features. I recommend checking our video articles on the Sony FX6 if you haven’t already:

Atomos announced that the Shogun 7 supports the 16-bit linear RAW video signal from Sony FX6’s 12G-SDI output. The 7″ monitor/recorder can capture that signal and save it as 12-bit ProRes RAW in up to DCI 4K (4096×2160) with 60 frames per second.

The good news is that, just like with the FS5, this works straight out of the camera body. There is no need to buy any accessories or modules. According to Atomos, it is not even necessary to update the Shogun 7 – it works with the current firmware already. More information about the recorder itself can be found here.

As we informed you last month, the FX6’s larger and older sibling – the Sony FX9 – already received the RAW capture support from Atomos Shogun 7. It is worth noting, however, that outputting RAW from the Sony FX9 requires purchasing the XDCA-FX9 extension unit which adds more bulk to an already quite large camera and it costs around $2,500. To be fair, it also adds some other features such as SDI timecode output, LAN connection, USB outputs, etc.

The Sony FX6, on the other hand, outputs RAW out of the box without any accessory. We have seen this with the FS7 and FS5 in the past. The larger Sony FS7 needed to get even bulkier by adding the extension unit in order to output RAW video signal while the FS5 supported RAW output from the body only (although the FS5 required a paid license for that, the FS5 II didn’t anymore). Anyway, the RAW workflow seems to be much more straightforward and easier with the smaller FX6.

This year we have seen many new additions to the “ProRes RAW compatible cameras list” using either HDMI or SDI connection. Atomos claims to currently have over 20 cameras supporting the Atomos and ProRes RAW combination.

If you, like me, happen to be editing and grading in DaVinci Resolve, this might not be the most exciting news. There is no news about planned ProRes RAW support for Resolve yet. The “RAW wars” between ProRes RAW and Blackmagic RAW are not great for working professionals, as right now, it’s quite hard to combine the two formats.

What do you think about the Sony FX6? Would you use the camera with the Atomos Shogun 7 to capture compressed RAW? How do you like working with ProRes RAW? Let us know in the comments underneath the article.