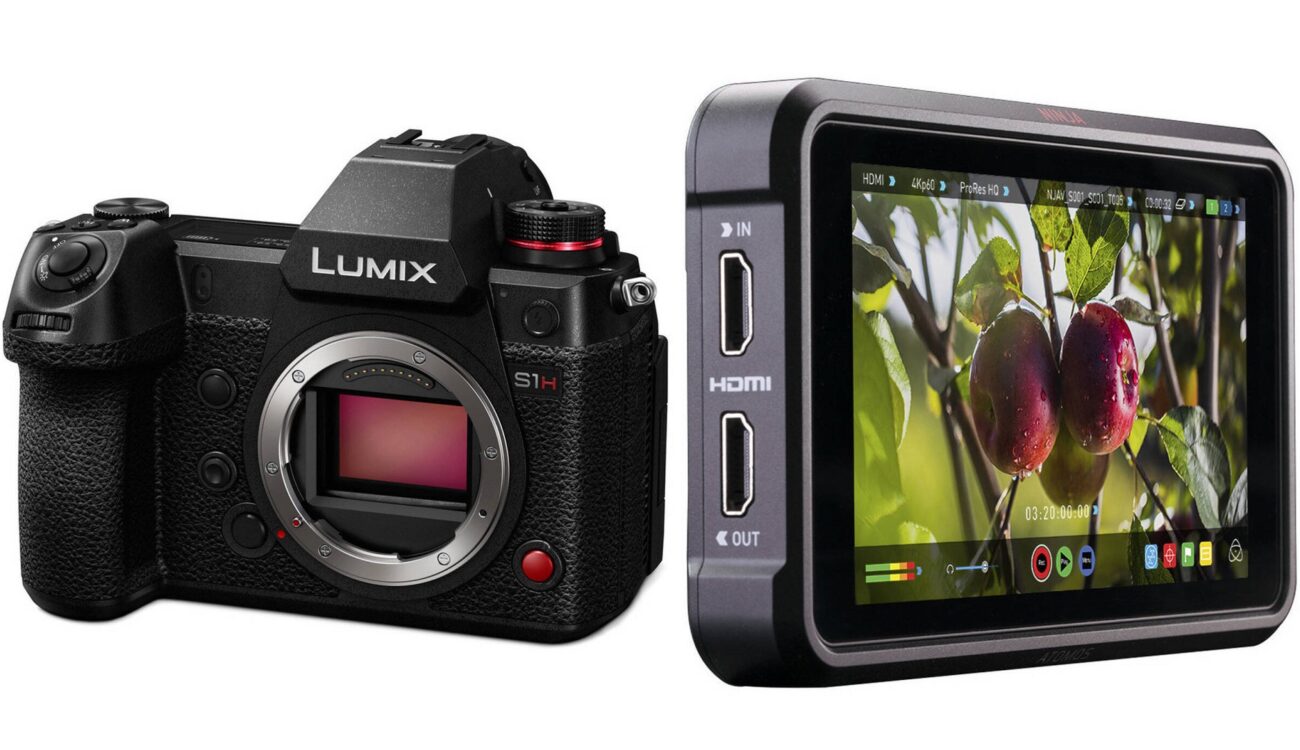 The long-awaited free firmware update for the Atomos Ninja V has finally arrived. Now it is possible to use the Panasonic LUMIX S1H paired with the Ninja V to record 12-bit ProRes RAW material externally. The recording is available at up to 5.9K/29.97p in full-frame or up to 4K/59.94p or 3.5K 4:3 anamorphic in super35 crop mode.

As soon as Panasonic announced the LUMIX S1H (roughly a year ago), Atomos said they are working on enabling the Ninja V to capture ProRes RAW from the camera’s HDMI RAW output.

The update for Ninja V was supposed to be released during May 2020, but at the last moment, it was delayed due to unspecified technical issues. Last week Atomos launched a Pre-Release Beta of the update, now the full AtomOS 10.52 firmware update for the Ninja V is finally out. What exactly will it allow users to do?

With the new free update, Ninja V will capture the unprocessed 12-bit RAW signal files directly from the full-frame sensor of the S1H over HDMI. According to Atomos, the resulting ProRes RAW files allow for greater creativity in post-production for both HDR and SDR (Rec.709) workflows.

Apart from ProRes RAW recording, the Ninja V still acts as a capable monitor with its daylight-viewable 5” 1000nit brightness HDR screen. As Atomos stated, users can view the RAW image accurately in HDR in a choice of HLG and PQ (HDR10) formats. The Ninja V offers touchscreen access to tools like waveforms, 1-1 magnification, and focus-peaking. The Ninja V records the ProRes RAW data onto a removable AtomX SSDmini or other compatible SSD drives.

Almost a month ago we published a short movie shot with this combo. Make sure to check the video and the accompanying article to see the images and read about ProRes RAW workflow in the Adobe Premiere Pro.

Apple ProRes RAW files are smaller than other RAW files and, according to Atomos, even with the 5.9K resolution, the files from the S1H can easily be edited on most modern Macs. While ProRes RAW as a format definitely offers advantages, the editing software (NLE) you use, will determine how much of the advantages you really can enjoy.

ProRes RAW is Apple’s codec, so logically the best workflow for this format is currently available in Final Cut Pro X on Apple computers. Other NLEs that support working with ProRes RAW are Adobe Premiere Pro, ASSIMILATE SCRATCH, Colorfront, FilmLight Baselight, and Grass Valley Edius. As a side note, Adobe Premiere Pro, however, only offers limited image controlling options at the moment.

If your main NLE happens to be DaVinci Resolve (my case), you will end up having to transcode ProRes RAW material to something else like for example ProRes 4444 (while possibly losing some of the flexibility RAW workflow offers). Let’s hope Resolve adds native support for ProRes RAW in the near future.

The free AtomOS firmware update V10.52 can be downloaded from Atomos Support Website.

What do you think about the S1H and Ninja V ProRes RAW recording? Are you going to try it out? Do you have a good ProRes RAW post-production workflow? Let us know in the comments section underneath the article.