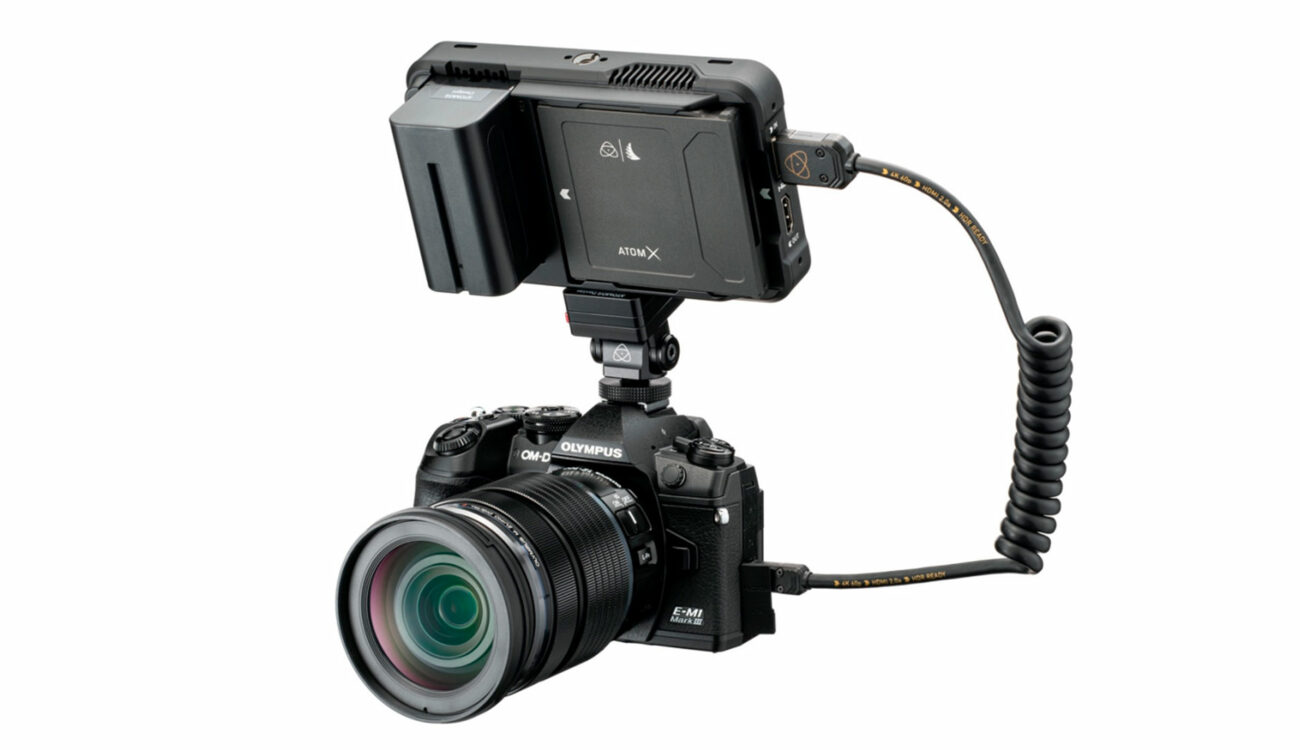 Atomos announced that in co-development with Olympus, the Atomos Ninja V monitor/recorder will support Apple ProRes RAW recording over HDMI from the Olympus OM-D E-M1X and OM-D E-M1 Mark III. This firmware update should be available by the end of the year.

Atomos continues to expand Apple ProRes RAW support to more and more companies and cameras. Recently, Atomos released a firmware update for its Ninja V monitor/recorder that allows ProRes RAW recording from the Panasonic LUMIX S1H, the SIGMA FP, as well as Z CAM E2 cameras and the FUJIFILM GFX100 that we tested here.

Also, numerous other firmware updates for the Atomos Ninja V and cameras are coming to support Apple ProRes RAW, including the Sony a7S III and now the Olympus OM-D E-M1X – that we reviewed here – as well as OM-D E-M1 Mark III.

Both Olympus cameras are capable of recording in 4K DCI and UHD at up to 30 frames per second internally. With the upcoming firmware updates for the cameras and recorder, you will be able to record 12-bit Apple ProRes RAW externally to the Ninja V using the entire camera’s sensors at the maximum resolution possible.

This Atomos firmware update is scheduled for winter 2020.

We’re yet to see other companies and software support Apple ProRes RAW, including DaVinci Resolve and Avid Media Composer.

What do you think about this Olympus OM-D E-M1X and OM-D E-M1 Mark III ProRes RAW support? Are you using Olympus cameras? Do you often use Apple ProRes RAW as a recording format? Don’t hesitate to let us know in the comments below!