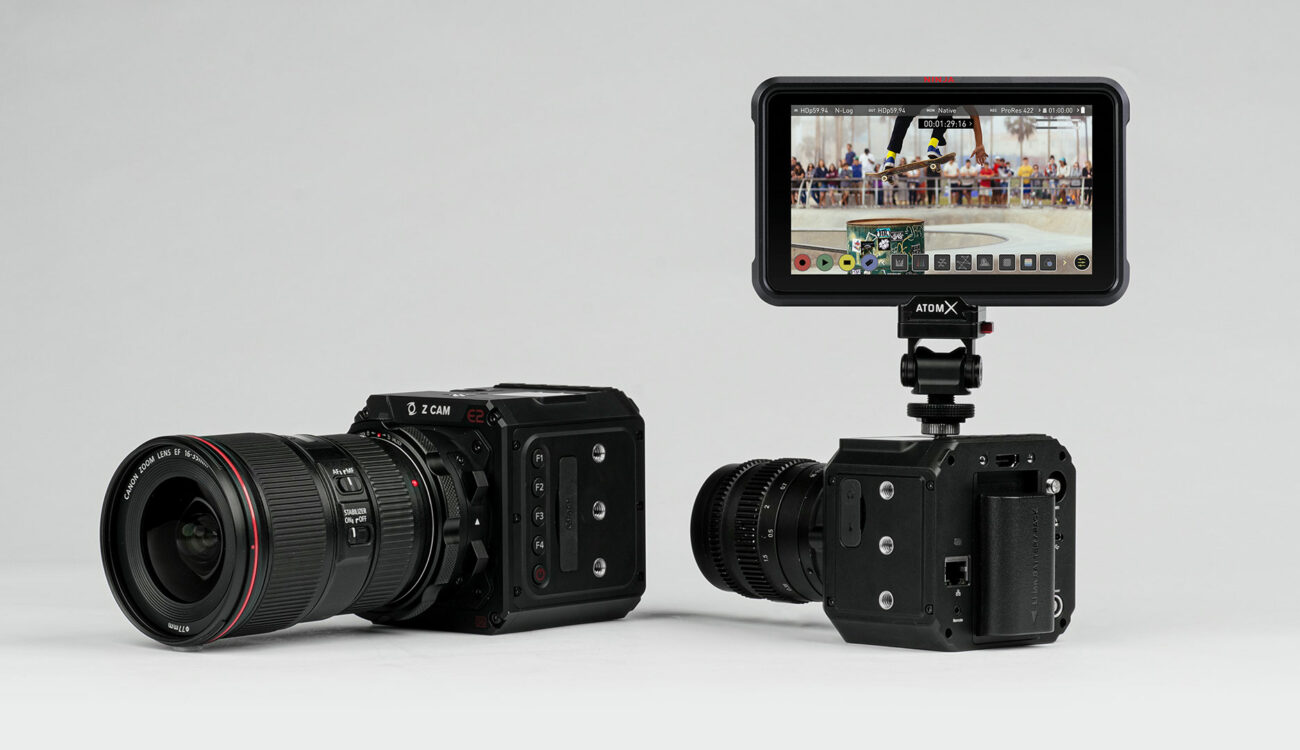 Atomos and Z CAM just released an update that enables 12-bit 5.8K Apple ProRes RAW over HDMI recording on the Atomos Ninja V HDR monitor-recorder for the Z CAM E2-F6, E2-F8, and E2-S6. For the Z CAM E2, E2-M4 and E2 C Micro 4/3 cameras, you can record in 4K ProRes RAW to the Ninja V. Also part of the update, Atomos released new camera control functions for all Z Cam models that allow crucial features to be set from the Ninja V via the monitor’s touchscreen. Let’s take a closer look at it.

Atomos is on fire recently! In less than a week, the company announced Apple ProRes RAW support for the SIGMA fp, the FUJIFILM GFX100, and all Z CAM E2 cameras today. However, during our cinema5D Virtual Show, we already had a conversation with Dan Chung from Atomos to talk about the upcoming ProRes RAW recording capabilities of the “regular” Z CAM E2 camera. 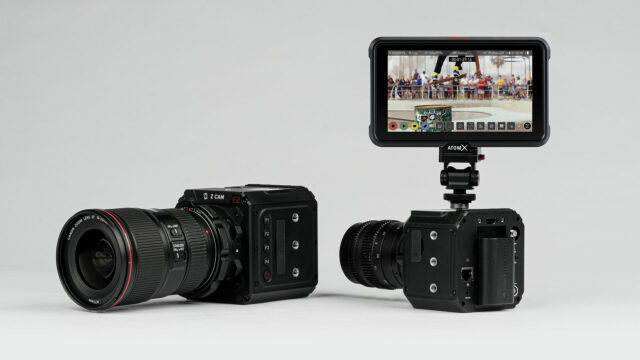 Today, Atomos and Z CAM announced a free AtomOS 10.5 update and firmware update 0.96 for Z CAM cameras that allows ProRes RAW recording to all E2 series cameras. Here is a summary of all the recording options you’ll get from these updates:

This update from Atomos and Z CAM takes all E2 cameras to another level. Being able to record high-quality images from such a small, compact, and affordable camera/recorder combination will be hard to beat. But, the integration between the Ninja V and E2 cameras goes even further with camera control functions. 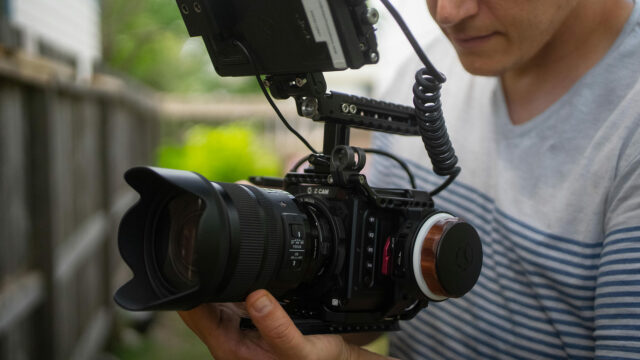 Along with ProRes RAW recording capabilities, the Atomos Ninja V can now control key functions of all Z CAM E2 cameras via the monitor recorder’s touchscreen. The Ninja V connects via USB-C to the camera and allows two-way communication for a range of controls. You’ll be able to start/stop recording, change your aperture/shutter speed/ISO and eND settings directly from the Ninja V. 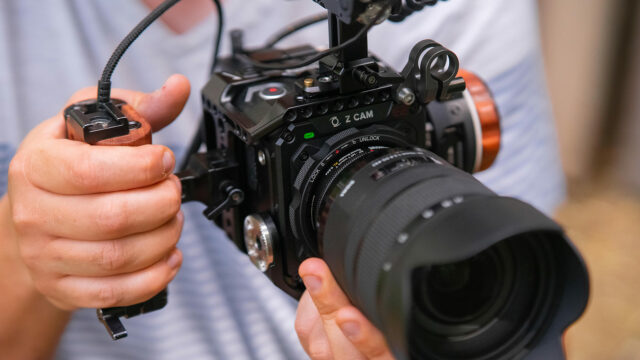 Also, the Control feature works whether recording internally in the camera or externally to the Ninja V, which is excellent. However, you’ll need the right interface cable between the camera and the monitor. You can use the already existing Atomos Serial to USB cable with a USB-A to USB-C type adapter. If you don’t want to deal with an adapter, a dedicated Atomos control cable will be available in Summer 2020 as an optional accessory.

To download the latest AtomOS 10.5 update for the Ninja V, please visit Atomos’ website here. To update your Z CAM E2 camera to the latest firmware, you can go directly to Z CAM’s website.

What do you think about the ProRes RAW recording capabilities of all Z CAM E2 cameras to the Ninja V? Did you already shoot in ProRes RAW? Let us know in the comments below!