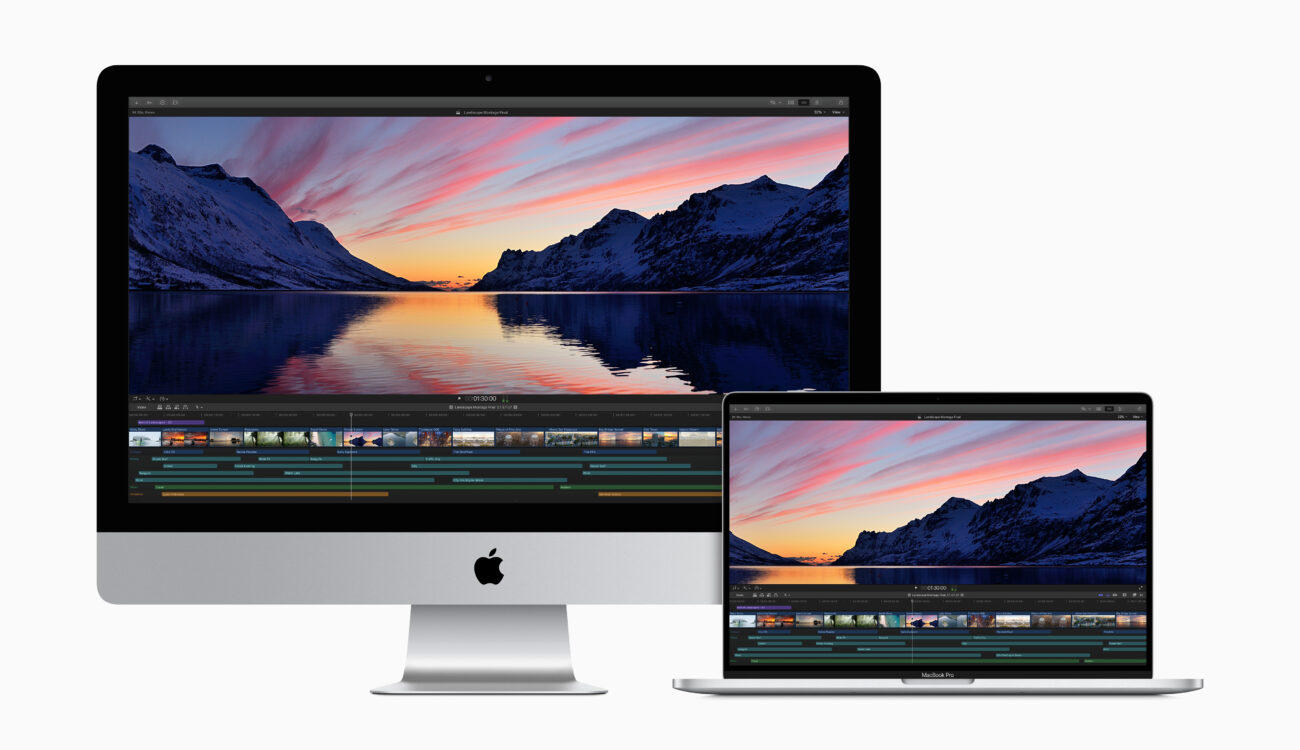 While Apple was steadily improving their NLE, in many ways it’s been even longer since they added new flashy features. I reckon the reason for that might be that the Final Cut team ought to be busy rewriting the app to run on the upcoming Apple Silicon based Macs.

Even though there is still no “make my movie look and sound great” button in this release, the update packs quite interesting enhancements aimed both at professional users with film- and broadcast focus as well as folks working more on the social media side.

Let’s have a quick rundown of the patch notes:

By far the most important changes have been made to Final Cut Pro X‘s proxy workflow. Better connectivity to 3rd party apps and services like frame.io, Key Flow Pro and Post Lab is a big thing, but much of how Final Cut Pro X handled proxies has changed for the better for editors who are not using external services:

Both companion apps of Final Cut Pro X have been updated, too. Compressor gained the ability to support custom LUT effects, the ability to use Camera LUTs to convert log-encoded footage to SDR or HDR outputs, and other workflow enhancements.

Motion — Apples underrated but very powerful motion graphics tool — gained the ability to import third-party 3D models or choose from a built-in library of 3D models in the USDZ format for use in titles, generators, effects, and transitions. Behaviors and keyframes can be used to manipulate the position, rotation, and scale of a model, and take advantage of existing replicators, emitters, lights, and cameras.

If you want the whole shabang, check out Apple’s release notes here.

It took a while, but again it looks like the Final Cut Pro X team delivered a update that will improve peoples workflows considerable in some areas as well as save time and hassle when cooperating with others.

Some of the features — especially the new proxy workflow — and the looming switch of Apples Macs to ARM based processors nourish my hope that someday in the near future I can take a proxy copy of a project with me on my iPad, edit there and finish on a desktop Mac seamlessly.

I am on vacation at the moment, so I can’t try the new update for a week or so, but I will as soon as I get back to work. I’ll have a close look at the new proxy features and I do have the feeling there will be a CineD Quick Tip Video or two on the topic.

Do you use Final Cut Pro X in your edit bay or do you consider giving it a try if you don’t? Share your thoughts, comments, questions, or ideas about Final Cut Pro X in general and the recent update in particular in the comments.