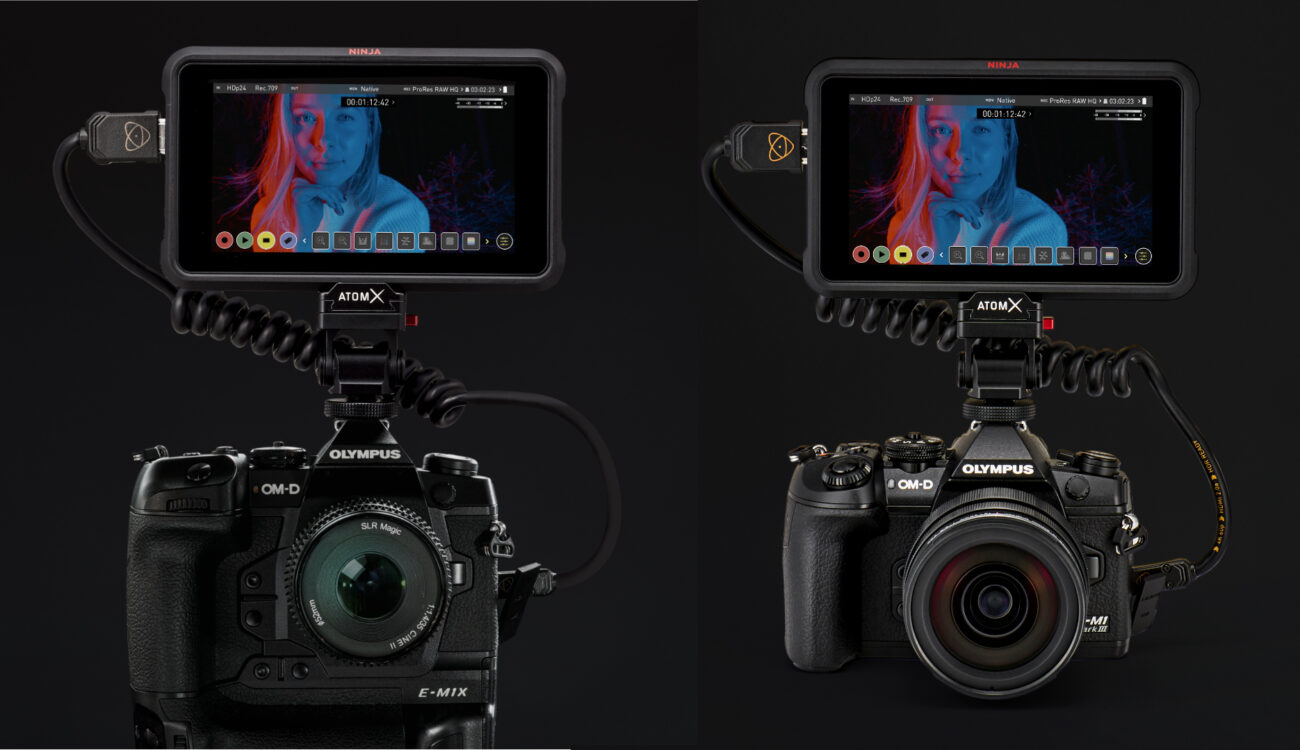 The Atomos Ninja V monitor / recorder just got better, again. If you’re a proud owner of one of the latest Olympus mirrorless flagship cameras, the OM-D E-M1X or OM-D E-M1 Mark III (what a name!), you’re lucky! You can now record a clean HDMI signal from the camera directly in ProRes RAW format on the Atomos Ninja V.

The Atomos Ninja V came out for NAB 2018, almost 2 1/2 yaers ago. Over time it constantly received firmware updates to support more and more cameras out there. No planned obsolescence to be found here, which is indeed very nice to see. In September, Atomos announced the developement of ProRes RAW support for Olympus cameras and now it’s finally here. Watch a short film shot on that combo below:

Two of Olympus most popular mirrorless cameras receive the ProRes RAW treatment from Atomos: The OM-D E-M1X and the OM-D E-M1. Both models sport ProRes RAW recording over HDMI directly from the sensor to the Atomos Ninja V, no in-camera processing is taking place.

We’re thrilled to work with Olympus and their stunning mirrorless cameras to bring the power of Apple’s ProRes RAW to OM-D users. We can’t wait to see the creativity that results from this partnership.

Both cameras are build around a 20.4MP Micro4/3 sensor, although to me the E-M1X defeats the purpose of having a smaller sensor and therefore more compact lenses a little bit – it’s huge! Olympus markets it as an uncompromised M4/3 flagship camera.

and another “behind the scenes” clip in which filmmaker Janne Amunét talks about shooting with the Olympus x Olympus combo in a little bit more detail:

Since both Olympus camera are “only” capable of outputting 4:2:2 8-Bit for external recording, the addition of 12-Bit ProRes RAW straight from the sensor is a nice addition, especially since these cameras sport pretty capable 5-axis in-body image stabilization.

Are you a Olympus Shooter? What do you think about this ProRes RAW update? Sahare you thtoughts in the comments below!