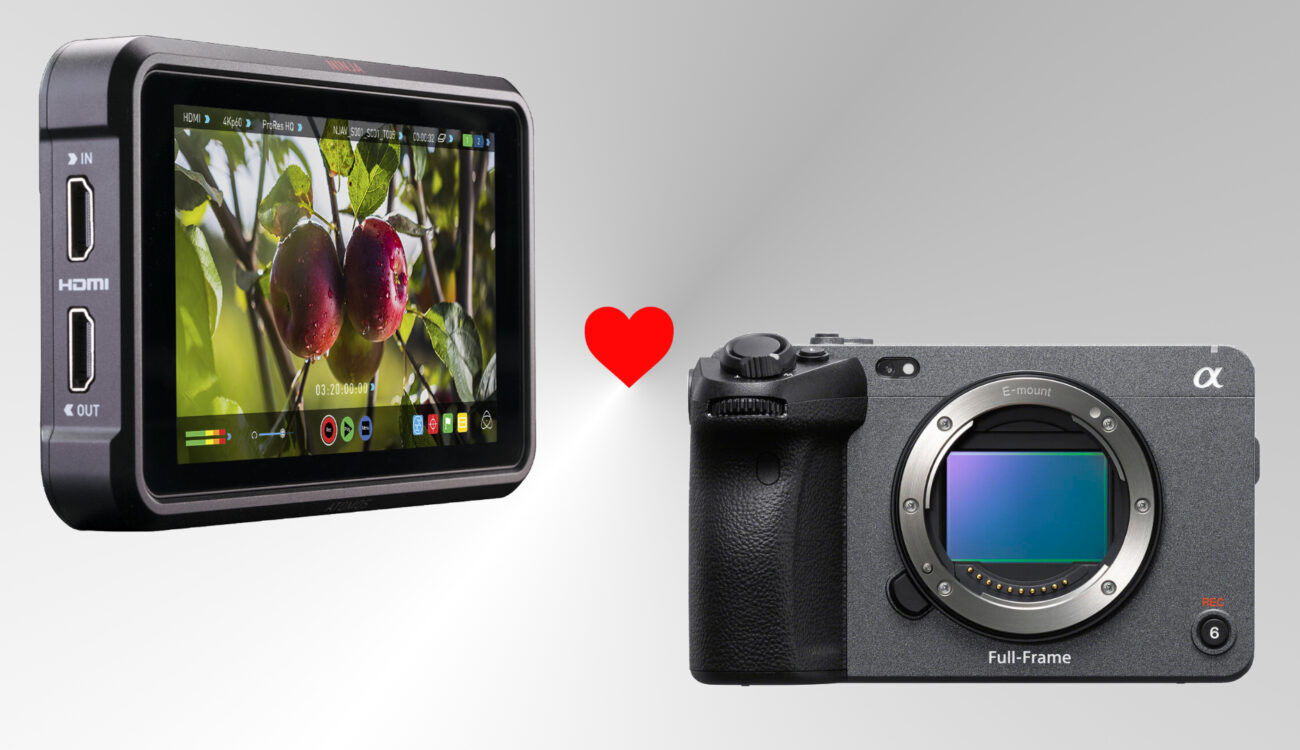 Atomos has just announced that the Atomos Ninja V will soon be able to record the Sony FX3’s 16-bit RAW output at up to 4K60P. ProRes RAW recording on the Ninja V for the FX3 will be available later this year via a firmware update.

Atomos is working hard to expand the range of cameras supporting ProRes RAW external recording in 2021. Indeed, only a couple of days ago, Atomos announced that the Sony Alpha 1 will support ProRes RAW recording onto the Ninja V.

The Sony FX3 is the company’s latest addition to its “Sony Cinema Line.” If you missed it, you could watch our full review of the camera here. Even if the FX3 is a new camera, it has many similarities with the Sony a7S III that already supports ProRes RAW external recording on the Ninja V.

Without big surprise, Atomos announced that their Ninja V would also be able to record the 16-bit RAW output coming from the Sony FX3.

This year, a firmware update will come for the Atomos Ninja V, allowing it to record data-rich 16-bit RAW from the Sony FX3. As you know, the FX3 doesn’t have a built-in viewfinder, so the Ninja V will also double up as a great on-camera monitor with all the monitoring tools you expect from it.

If your editing software fully supports Apple ProRes RAW – like Final Cut Pro – you’ll be able to adjust settings such as your white balance, and ISO/Exposure Offset in post.

ProRes RAW is fully supported within Adobe Premiere Pro and Avid Media Composer along with a collection of other apps, including ASSIMILATE SCRATCH, Colorfront, FilmLight Baselight, and Grass Valley Edius, but you have less room for adjustments like in FCPX.

Finally, according to Atomos:

The Ninja V and RAW recording also open the camera to the wider Atomos eco-system for enhanced on-set HDR and SDR monitoring. A video signal can be output from the Ninja V to the Atomos Sumo19, or the recently released NEON line of production monitors, for perfect HDR viewing by directors, clients, focus-pullers, or any crew member who needs access to an accurate view on-set.

At the moment, we have no information about the availability of this firmware update, except that it should be available later this year. It’ll be a free firmware update for all Atomos Ninja V users.

What do you think about this ProRes RAW recording on the Ninja V for the Sony FX3? Do you often shoot projects in ProRes RAW? Don’t hesitate to let us know in the comments below!