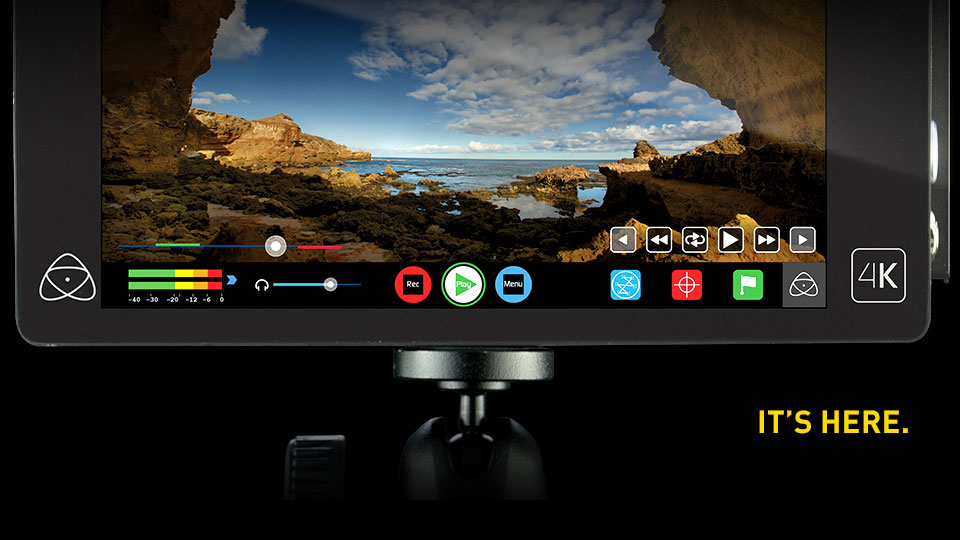 They have stuck to their promise and have kept releasing several firmware updates, now finally also introducing this much-awaited essential feature. Check out Atomos CEO Jeromy Young showing the new playback functionality in the video below.

The update (firmware version 6.11) can be downloaded on the Atomos site by clicking here.

I’m extremely impressed with the extend of the playback functionality, giving you features like peaking and vectorscopes even in playback mode, which is rather unusual for on-set playback devices. It’s great because it allows you to judge shots in detail right after you shot them, for example together with the client or agency. The fact that you can even pan around the recorded image to judge focus and detail at the 1:1 pixel scale is brilliant.

Among some other improvements, Jeromy also mentions that they realized the included battery was too small for the unit, so they are replacing it with a bigger (twice the size) battery in future shipments. If you are an existing customer, they will even replace your battery with the new one after you register the device on their website – that’s really brilliant customer service. We have a unit of the Atomos Shogun here in our cinema5D offices for testing and I have to say that I am thoroughly impressed with the performance of the device on so many levels. The monitor is brilliant, extremely sharp and works at many viewing angles. The responsiveness of the touch screen couldn’t be much better, unlike some older devices from Atomos. In general the whole unit feels like Atomos have really stepped up their game, build quality is leaps and bounds better than on any product they have shipped before (not saying that it was bad before, but it really is much better now). We will review our test unit soon, and use the 4K recording functionality with our A7s cameras, so stay tuned for a full review in the near future.