In this episode of cinema5D ON THE GO we talk to sound designer & re-recording mixer Cheryl Ottenritter about all things audio! 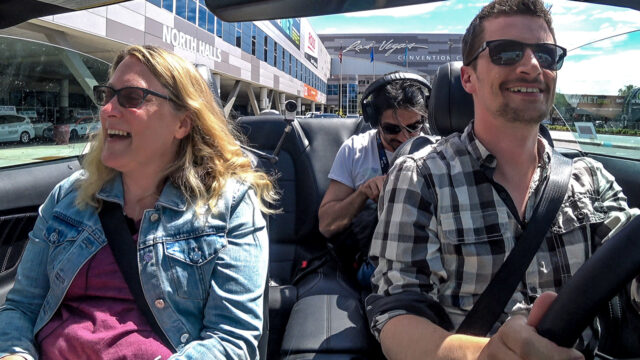 Ah, audio… Although many would think that good filmmaking is primarily down to the images, the truth is that this is in fact an audiovisual medium – and note that the “audio” comes before the “visual”. You are a lot more likely to forgive footage that’s a little shaky or a little noisy and chalk it up to style. Dodgy audio, though? That’s bound to sitck out like a sore thumb.

For this reason, every shooter needs at least a basic understanding of audio, especially those of you multitasking in small or one-person productions. But what about post? While many out there are capable of adequately placing a lav, booming a shotgun or even decent gain staging, it is when sitting down after the edit is picture-locked that a multi-tasker’s sound skills are often exhausted. This is when you want to get your film over to someone like Cheryl.

Cheryl Ottenritter is a sound engineer and re-recording mixer with over 20 years of experience in the industry. She runs Ott Haus Audio, a sound post studio in Silver Spring, Maryland, where her day-to-day work includes anything from mixing indie films, scripted television, radio spots or sound work for museums. We caught up with her at NAB 2017, where she was giving a number of talks and panels on topics such as audio for editing in Premiere, 360 VR audio, and narration.

She also tells us about the latest groundbreaking tools and techniques that have revolutionised the audio work in recent times, such as the latest version of the noise–reduction software Isotope RX.

While you may be familiar with the capabilities of the latest and greatest cameras, gimbals and NLEs, hearing about the most recent advancements in the audio world certainly is food for thought!

Stay tuned for the next part of our convertible ride with Cheryl, where she tells us about how the advent of 360 video and VR has impacted her work in audio.