First things first: There is no new camera from Blackmagic Design at this years NAB. But, if you happen to own a Pocket Cinema Camera 4k, you might be happy about this: They introduced a new BMPCC4K Battery Pack which enables shooting for 2 hours straight. 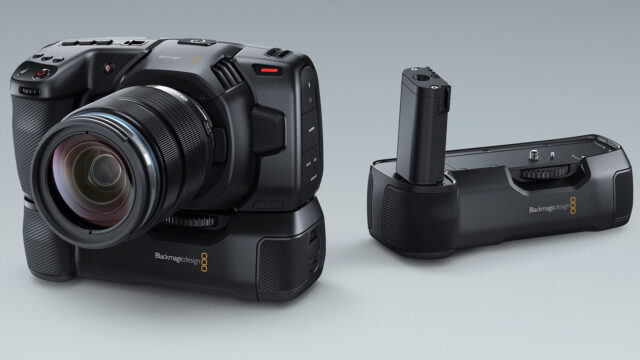 This new BMPCC4K battery pack is really pretty straightforward: Remove the little battery cover from the camera, mount the battery pack to the Pocket Cinema Camera 4k, replacing the Canon LP-E6 style battery inside the camera and put two Sony L-series batteries into the pack. Wait, what?

So this device takes two Sony L-series batteries. That’s good because these hold much more power in comparison to the Canon LP-E6 style batteries you had to carry in order to power the BMPCC4K before. But Blackmagics decision to swap battery sytsems is still a bit odd, I think. Why not using L-series batteries for the camera in the first place? 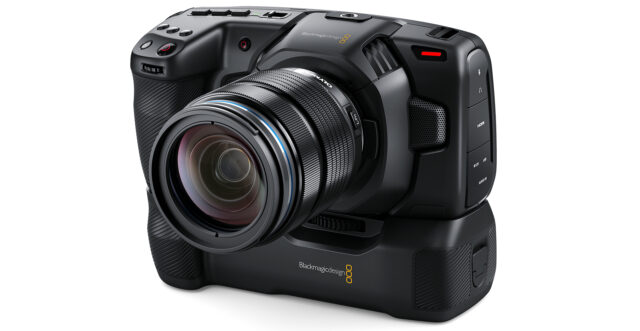 Plus, this battery pack will make the term Cinema Pocket Camera sound even more laughable than before. But, and that’s a good thing, you’ll be able to shoot longer with less batteries. You even can swap batteries without having to remove the camera from your tripod because the actual battery sled is accessible from the side. The L-series batteries also can be charged through the 12V DC connector build into the camera.

And as a nice touch you can store the removed battery cover from the camera in the unit itself so you won’t loose it.

The BMPCC4K battery pack will be available for purchase from August 2019 on and it will be $245.

Are you a BMPCC4K shooter? What do you think about this new battery pack? Is it good? Is it odd? Let us know in the comment section below!