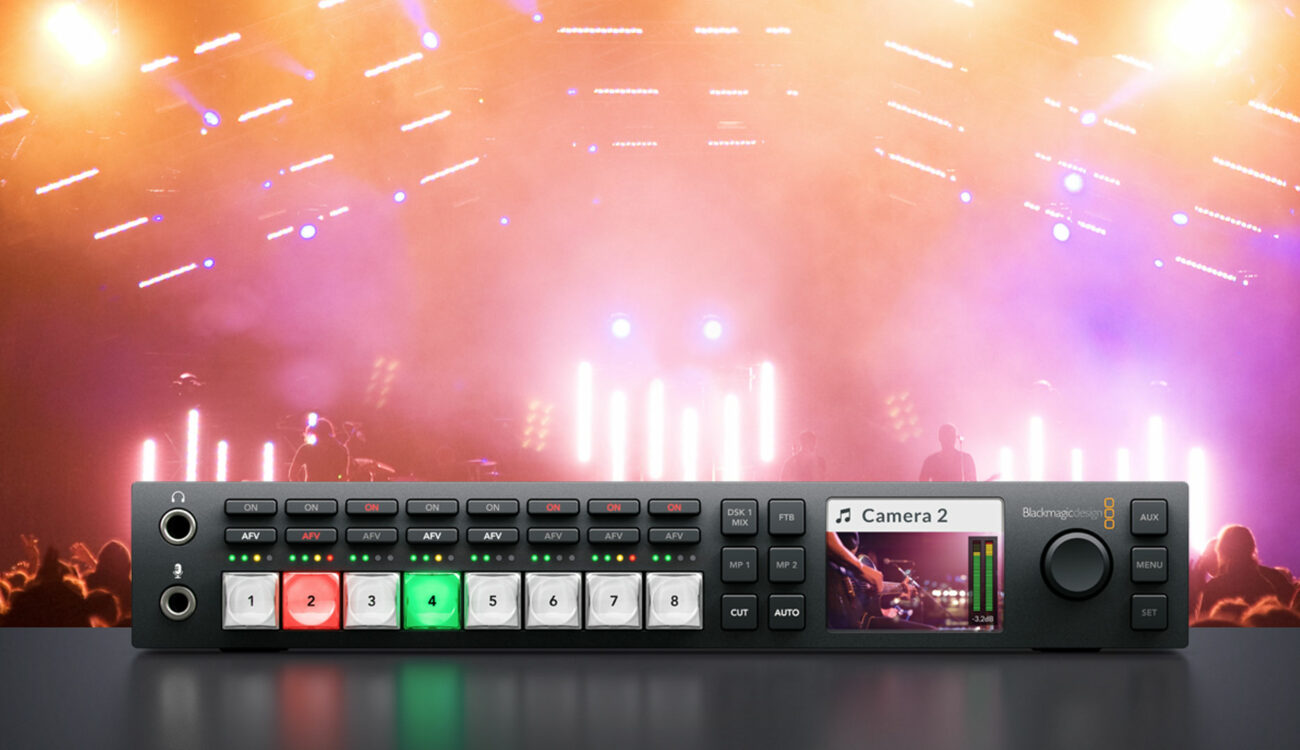 Blackmagic Design have updated their range of broadcast products, overhauling the studio and live production line to a friendlier and more compatible setup, including the new Blackmagic Studio Cameras in HD and 4K.

Blackmagic Design’s live-switching hardware is a staple in mid-range and broadcast standard applications, but the first generation Television Studio had a number of shortfalls including only 6 channels of switchable HDMI/SDI inputs, no analogue audio inputs, and limited program outputs. A number of years since the first product release, we now have a new, smaller and feature-packed vision switcher.

The new ATEM Television Studio HD has 8 video inputs, with a physical button control interface. There are 4 HDMI and 4 3G-SDI inputs for connecting both consumer camcorders or DSLRs as well as video cameras or playback devices with an SDI output. It’s compatible with formats up to 1080i and 1080/60p, with re-sync.

Analogue audio inputs via XLR have also been included, which is a great step forward from the previous EBU (SDI) audio input, which results in direct connection from audio mixers.

Now, vision mixers and producers have more inputs and outputs, a hardware-based control interface and a bunch of other live production features built into a tiny device that is also low cost. It certainly overshadows the Netwek Tricaster Mini, both in features and specs.

Here is a breakdown of the new Blackmagic ATEM Television Studio HD features:

The new ATEM Television Studio HD retails for $945 and is available for pre-order now:
US: LINK
EU: LINK 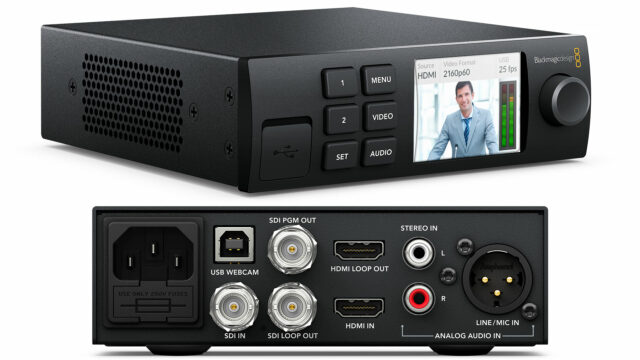 With a surge in popularity for web streaming, Blackmagic has also introduced the Blackmagic Web Presenter, a video to USB interface that accepts formats up to 2160/60p via 12G-SDI or HDMI, downconverting to 720p ready to be streamed like any webcam onto platforms like YouTube, Facebook Live and Twitch through commonly-used streaming software like OBS or XSplit.

It also features an HDMI loop output for monitoring or sending the program output to a recording device, as well as analogue audio inputs via stereo phono and balanced XLR, ideal for musicians, audio mixing desks or directly connecting microphones.

Laptops and computers will recognize the Blackmagic Web Presenter as a standard webcam device, allowing content creators or streamers to use professional cameras without standards conversion, in a web-friendly way. What is interesting about Web Presenter is that it overlaps with other Blackmagic capture card/video interfaces like the Intensity Shuttle, but with a lean towards pro users. In the current Intensity Shuttle, no format or data rate conversion takes place meaning the input video signal has a very large bandwidth, and requires heavy encoding before streaming. The Web Presenter appears to handle this conversion and encoding in the device, meaning less powerful computers or laptops can handle the video data stream.

The new Blackmagic Web Presenter retails for $470 and is available for pre-order now:
US: LINK
EU: LINK 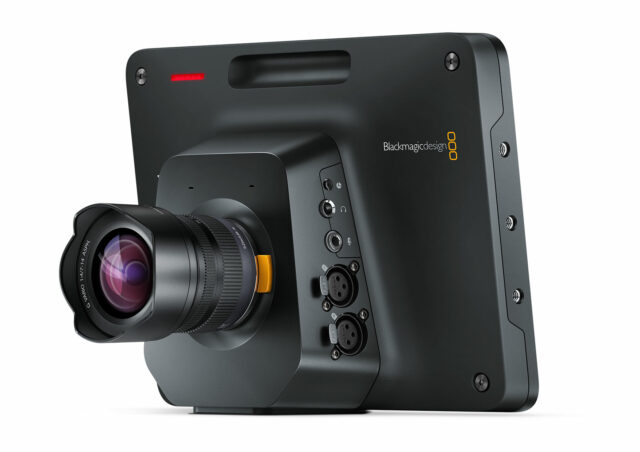 The updated Blackmagic Studio Camera HD and Blackmagic Studio Camera 4K have had the internal battery removed, which significantly reduces the retail price by up to $800 in the 4K model. The reason for this is that most customers were using the plug-in AC power (typical for longer shooting times), as well as the logistical problems faced when transporting the cameras in planes.

Both the Studio Camera HD and 4K models have the same features including Micro 4/3 sensor with 13 stops of dynamic range, SDI input/output, tally, talkback, remote camera control, just with no internal battery.

The updated Studio Camera’s are expected to be available in mid February, with their new retail prices in the links below.

The updated Blackmagic Studio Cameras 4K retail for $1495 and is available for pre-order now:
US: LINK
EU: LINK

The new HyperDeck Studio Mini moves away from SSD playback and recording to SD card-based media, making the device inherently cheaper. It’s also smaller, and can accept formats up to 2160/60p via 1 x 6G-SDI.

Like previous models, the device can be connected to Blackmagic switchers to act as both a playback device for video files, as well as graphics playback in ProRes 4444 format with an alpha channel, or as a recording device either for ISO camera feeds or a program output in 10-bit YUV or 10-bit RGB ProRes and DNx formats.

This is certainly a major overhaul of previously successful technologies, advancing on the first generation of studio and live production hardware, that new and existing users will be happy to see. Reduced pricing and thoroughly considered new features make the hardware more usable in existing setups, too.