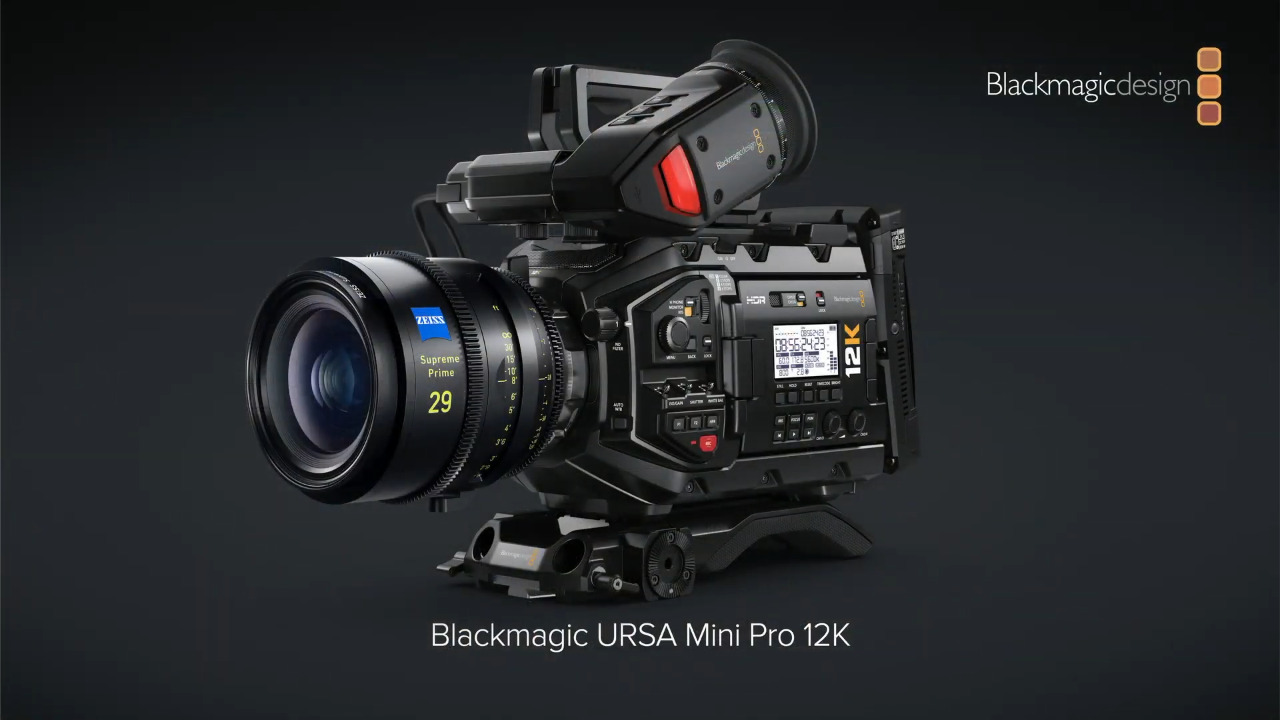 Blackmagic Design has just announced a new production camera – Blackmagic URSA Mini Pro 12K. It has a super35 sensor and shoots BRAW full-sensor readout in 12K up to 60fps, 8K up to 110fps, or 4K in super16 crop mode up to 220fps. Apart from internal dual CFast and SD UHS-II card slots, there is a USB-C connector for recording on external drives. The camera comes with a PL lens mount which is interchangeable to EF or F mount. There is internal ND filter as well. The URSA Mini Pro 12K will be available in July 2020 for $9,995.

After announcing “only” the new ATEM Mini Pro in their live stream in April, Blackmagic Design disappointed some of their customers waiting for a new camera. This time the company really announced a new camera – so let’s take a short look at it.

In the live stream, Grant Petty first announced two new Video Assist 3G and new Ultra Studio Recorders 3G. Then he proceeded to a new camera and I have to say that I was surprised. He announced a new production camera – URSA Mini Pro with 12K video resolution. 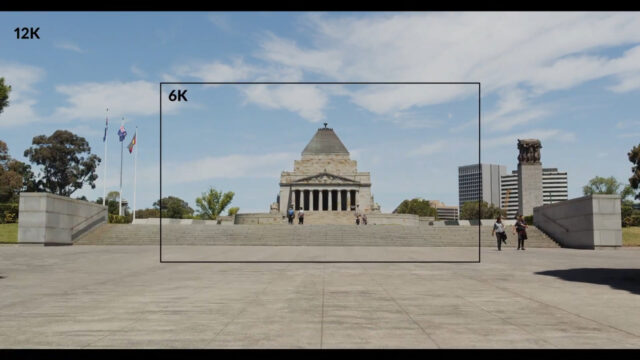 The camera has a super35 sensor with 12,288 x 6,480 resolution and DCI 17:9 ratio. That is a ridiculous 80 megapixels in each frame. Grant Petty explained Blackmagic went for 12K so that filmmakers can easily reframe shots for 8K or 4K delivery. The ultra-high-resolution should also be useful for VFX and high-end green screen work. The sensor is brand new, it has a new color science, and according to Blackmagic Design, it is the first sensor designed especially for BRAW. BMD says the sensor has up to 14 stops of dynamic range. 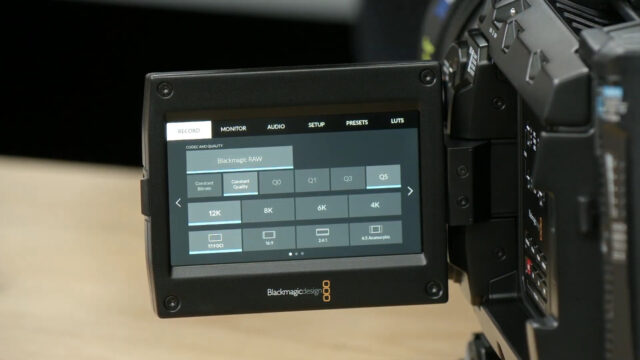 From outside, the camera looks the same as older URSA models, but the internals is brand new according to Blackmagic Design. The camera comes with PL-mount but offers an interchangeable lens mount to Canon EF mount or Nikon F mount.

The sensor’s native resolution is 12K but it can record in lower resolution without crop and without binning as well. The supported full-sensor recording modes in Blackmagic RAW are as follows: 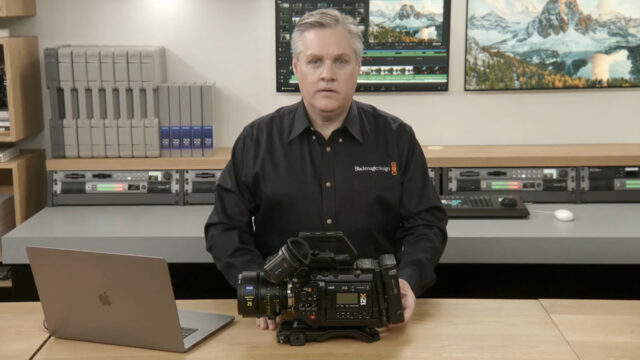 The camera has internal ND filters, Dual CFast card slots, Dual UHS-II SD card slots, 12G SDI output, and USB-C port for recording on external SSDs. An interesting feature is that the camera can record on two CFast or SD cards at the same time which offers up to 900MBps (500MBps for SD) recording speed. Dual card recording (called “Record RAW on 2 Cards”) means that every second frame gets saved on each card. If you lose one card, you still get a usable file, but with only half the frame rate.

Blackmagic RAW 12-bit format has been updated as well. There is a new film curve for BRAW – generation 5. BMD says it should offer better highlight roll-off, better skin tones, and more flexibility in post. Grant Petty also demonstrated how he edits the 12K footage on a laptop and in multi-cam mode on a Mac Pro. There are new Q1 and Q3 quality level settings and the new 18:1 constant bitrate setting. 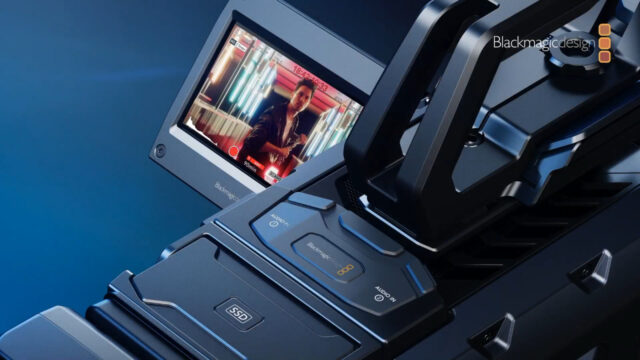 The new Blackmagic URSA Mini Recorder lets users record 12-bit Blackmagic RAW files onto 2.5″ SSDs, including the latest U.2 NVMe Enterprise SSDs for data transfer speeds of up to 900 MBps. The recorder is designed to attach directly to the back of the URSA Mini Pro between the camera and the battery and it is controlled via the USB-C.

BMD says they will first ship the camera to selected high-end DPs to get feedback from them and then it gets shipped to all other customers in few weeks. The price for the camera body will be $9,995. The URSA Mini Recorder will cost $395. The updates for DaVinci Resolve to work with 12K are coming soon. The camera, of course, includes a full version of the DaVinci Resolve Studio.

What do you think about the new Blackmagic URSA Mini Pro 12K? Let us know in the comments underneath the article.