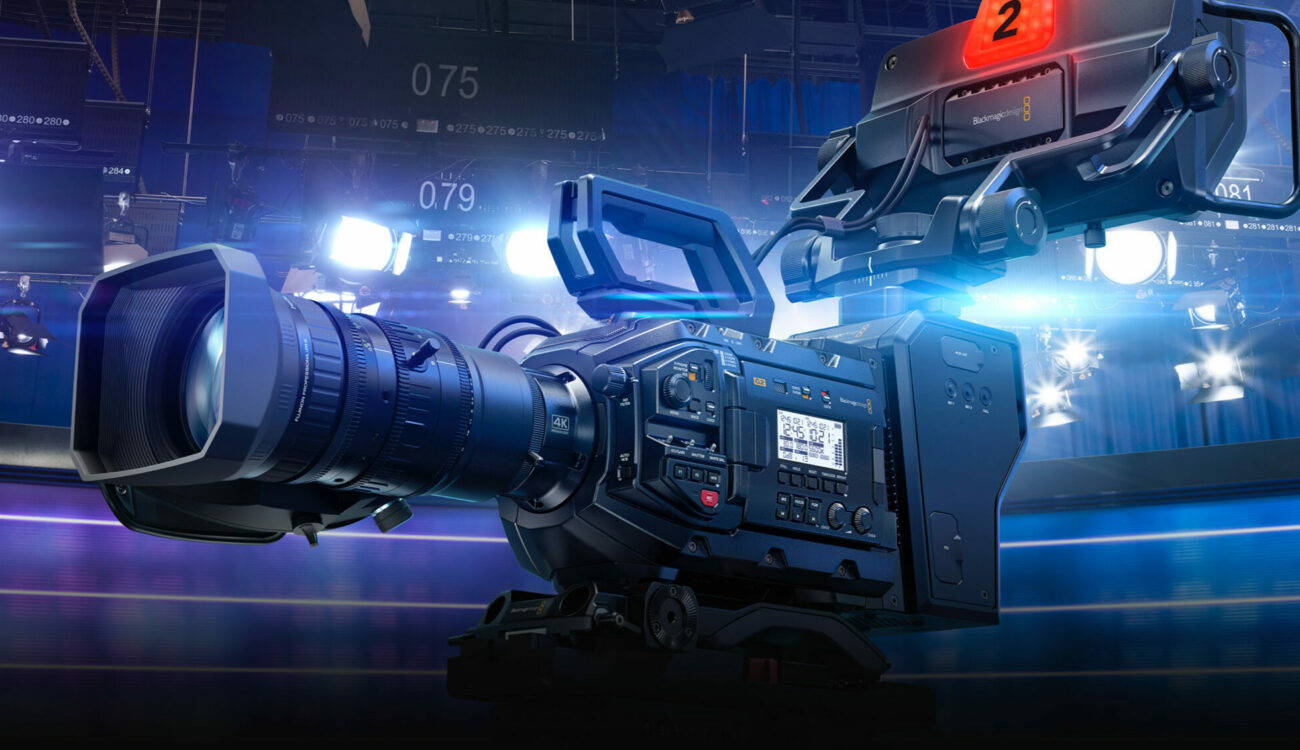 The previous URSA Broadcast probably wasn’t as popular as the main URSA Mini Pro series, but now Blackmagic Design gave it quite a big upgrade.

The new Blackmagic URSA Broadcast G2 now features a 6K Super 35mm sensor. In combination with 2/3″ B4 lenses it can be used for UHD and HD productions.

I don’t know if that sounds similar to you, but the specs match with the 6K sensor from the Blackmagic Pocket 6K and 6K Pro.

That’s great news, combined with the Gen 5 color science, which is now supported, it delivers a high-resolution image with nice colors.

The previous URSA Broadcast was able to record in flavors of DNxHD, ProRes, and Blackmagic RAW (with an update). The new G2 ditched the DNxHD codec and instead supports 10-bit H.265 codecs, great for keeping file size small. As this camera is made for live production and broadcast workflows, long recording times with highly compressed codecs will save a lot of storage space. Because if you record a 4-hour live stream in ProRes 422 HQ, you will need quite a lot of free gigabytes.

As with the Pocket series and the Ursa Mini Pro 4.6K G2 and 12K, BMD added support for recording on external drives via USB-C.

Speaking of the Viewfinder, Blackmagic Design also released an updated version with a 2000 nits 7-inch display. This allows for outdoor use in bright light conditions. It features a V-Lock quick-mount system for quickly attaching the viewfinder to the camera. Other functions like RGB tally light, SDI, and XLR connectors to the camera have stayed the same. The Viewfinder G2 is available for $1,495.

To top it off, BMD also released a new family of Micro Converter 12G models, which feature 3D LUTs, and more SD, HD, and UHD video formats. Find out more about them on their site.

It’s quite interesting what Blackmagic did here. It features specs already seen before in BMD’s cameras. It feels like a Pocket 6K Pro in a URSA body with additional broadcast features. But as it’s cheaper than the URSA Mini Pro series, it might appeal to broadcast users who want a bigger sensor with the option of using EF lenses.

What’s your opinion about this camera? What do you think Blackmagic will present next? Let us know in the comments.