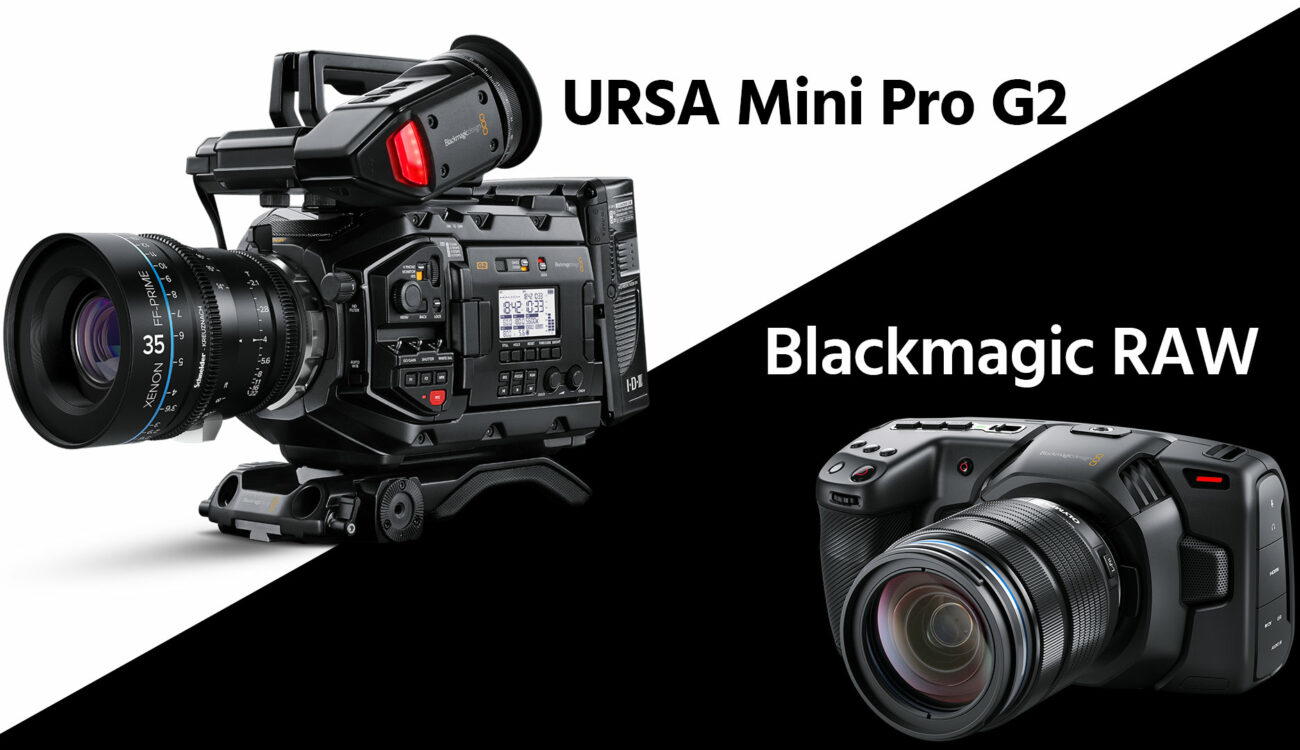 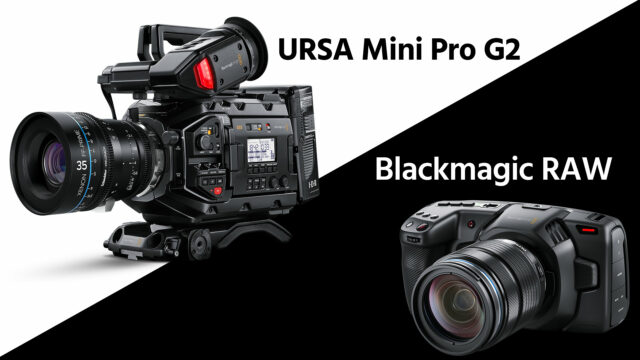 To get an extensive run-down of all the new products and features that Blackmagic Design introduced today, watch CEO Grant Petty in this 35 minute video below:

But if you want to save some time, you can also read my summary here:

This is the new second generation of the popular URSA Mini Pro. It replaces the previous model and while it looks similar, Blackmagic have redesigned all the electronics inside the camera and it includes a new generation 4.6K sensor. Blackmagic claims that this camera has 15 stops of dynamic range. (Here’s our dynamic range test of Blackmagic RAW on the original URSA Mini Pro in case you missed it.)

The new electronics allowed them to ramp up the camera frame rates. They have doubled the frame rate in Blackmagic RAW and in ProRes.

For the higher frame rates, you will need 12:1 compression.

The read-out from the sensor is faster which results in less rolling shutter. Image calibration on the camera was upgraded: new black calibration, improvement to the Version 4 Color Science and 3D LUTs are now integrated.

The camera already runs Blackmagic RAW 1.3. This version integrated 3D LUTs into the Blackmagic RAW footage itself, which can be read out by the latest version of DaVinci Resolve. It’s in the file, but it’s not burned in, it can be switched on and off. This feature can be accessed by any software that uses the Blackmagic RAW SDK 1.3.

Blackmagic have also improved the audio circuitry for quad-XLR audio inputs. I really hope that means that also audio monitoring will be improved with this new camera because I think one of the biggest downsides of the original URSA Mini Pro was the noticeable lag in audio monitoring through the mini jack, which made monitoring audio on this camera (while recording) a quite jarring experience.

With regards to lenses, the EF Mount is interchangeable to PL (optional purchase mount) and even B4 broadcast lenses.

In addition to the improvements above, Blackmagic has enhanced the displayed information on heads-up display (like for example ND status), and it’s now also easier to format media.

Here’s my review of the original Blackmagic URSA Mini Pro, in case you missed it:

When first introduced in September last year, Blackmagic RAW was only made available for the URSA Mini Pro. It’s a compressed 12-bit RAW format that’s easier to use than traditional RAW formats – footage comes in a single file and it uses about as much (constant) data as a ProRes 422 HQ file (which is only 10-bit and a much older format). Of course, everyone wanted to see Blackmagic RAW on the long-anticipated Pocket Cinema Camera 4k as well, and now is the time that Blackmagic is introducing it to that camera.

The Blackmagic RAW update for the Pocket 4K comes as part of the Blackmagic Camera 6.2 update which is freely available from their website. The new format means that you can record the highest available quality and resolution on that camera at a lower data rate – for example, you can fit 2 hours of Blackmagic RAW footage in 4K on one 256GB SD UHS-II card. Blackmagic RAW 12:1 makes it even possible to record 4K DCI images to an SD card, which wasn’t possible before. The RAW compression rates that are available in the camera are 3:1, 5:1, 8:1 and 12:1 in constant bit rates, or alternatively you chose constant quality between “Q0” and “Q5” settings.

That means that you can prioritize either image quality or file size by choosing one of the two options to set your quality – essentially toggling between a constant and a variable bitrate mode, while still remaining in the (supposedly) superior Blackmagic RAW codec.

Here’s our initial video about Blackmagic RAW from IBC 2018:

The update also introduces Blackmagic Design Generation 4 Color Science into the camera, which, according to the company, “is used for superior imaging that results in extremely accurate skin tones and gorgeous, lifelike colors”. We’ll take a look at how it compares to prior versions, but I personally was pretty happy about Blackmagic skin tones all along.

If you haven’t seen our full extensive Blackmagic Pocket Cinema Camera 4k video review before, please watch it below!

What comes as a bit of a surprise is that Blackmagic will no longer offer cinema DNG recording on the new URSA Mini Pro G2, the Pocket 4K or the original URSA Mini Pro, with the new camera update. Grant Petty mentions some patent issues in the video above, but quickly moves on to say that cDNG is an obsolete format anyway, considering the file size of the individual DNG files that are generated. While he might be right (DNG is eating up storage in no time which makes it really hard to shoot even for a lot of professional productions), there certainly will be a considerable disappointment by many users who have had to rely on this feature in the past. After all, the USP of Blackmagic cameras has been their ability to record RAW footage at a very low hardware cost … and while it’s true that now we have Blackmagic RAW as the new codec, some people might still prefer the individual still photo file structure of DNG files for their workflow, especially when we are talking about CGI intense post-production workflows.

We’ll see how the market and the communities react to this announcement.

Are you a Blackmagic camera user? Do you have or plan to own a Pocket 4K or URSA Mini Pro G2 in the future? What do you think about their discontinuation of DNG in their cameras? Let us know in the comments below!