Just 6 weeks ago, Blackmagic Design’s CEO Grant Petty introduced a bunch of updates to their lineup including a new generation of the popular URSA Mini Pro camera, called G2 (read: generation 2). As you can tell from its name this is not a completely new camera but an update to the existing URSA Mini Pro, which will be replaced by the URSA Mini Pro G2. Watch our interview with Blackmagic’s Craig Heffernan for all the details. 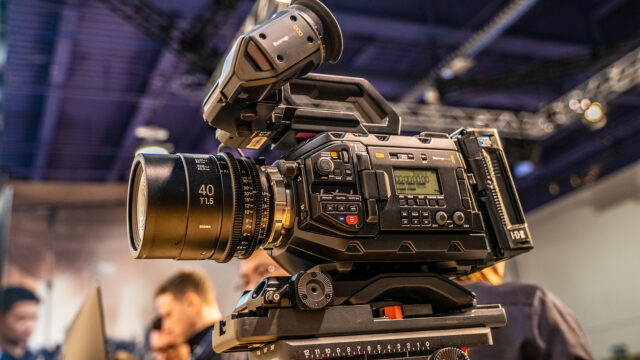 This camera is labeled G2, so what’s new here? Well, sometimes when it’s about updating software features, the hardware needs to be upgraded as well to do justice to these improvements and that’s exactly the case with the URSA Mini Pro G2. In order to enable higher fps recording Blackmagic engineers have deployed an updated 4.6K sensor (a different build of the same sensor, as Craig Heffernan puts it).

It comes with advanced processing and a streamlined image pipeline throughout the camera. This enables for higher frame rates and faster sensor read-out (less rolling shutter). Furthermore the camera now supports Blackmagic Color Science 4 and it also can handle 3D LUTs now.

The new high frame rates include the following modes, depending on which format you’re recording to:

There’s already some sample footage to see for yourself, hop over to our article here.

Blackmagic also worked on the audio section of the camera. The URSA Mini Pro G2 now offers an enhanced audio processing and hopefully the dreaded (and audible) delay when monitoring the audio through the camera is now a thing of the past. 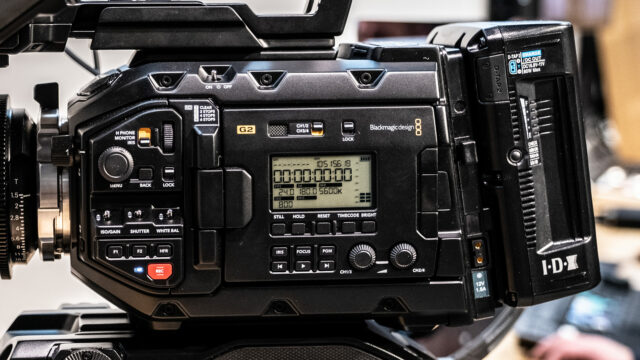 Yes, the URSA Mini Pro can record straight to ProRes. But no, it can’t do ProRes RAW. That’s the way things stand at the moment. Blackmagic are quite happy with their own RAW format since it integrates seamlessly with their cameras and their post production tools, namely DaVinci Resolve 16. So there are no current plans to implement ProRes RAW but of course that could change any minute, who knows what the future holds.

If you’re in the market for a new camera, this might be worth a ver close look. The URSA Mini Pro G2 is a significant update to the original camera and establishes a base for further firmware updates in the future.

What do you think about the URSA Mini Pro G2? Share your thoughts in the comment section below!