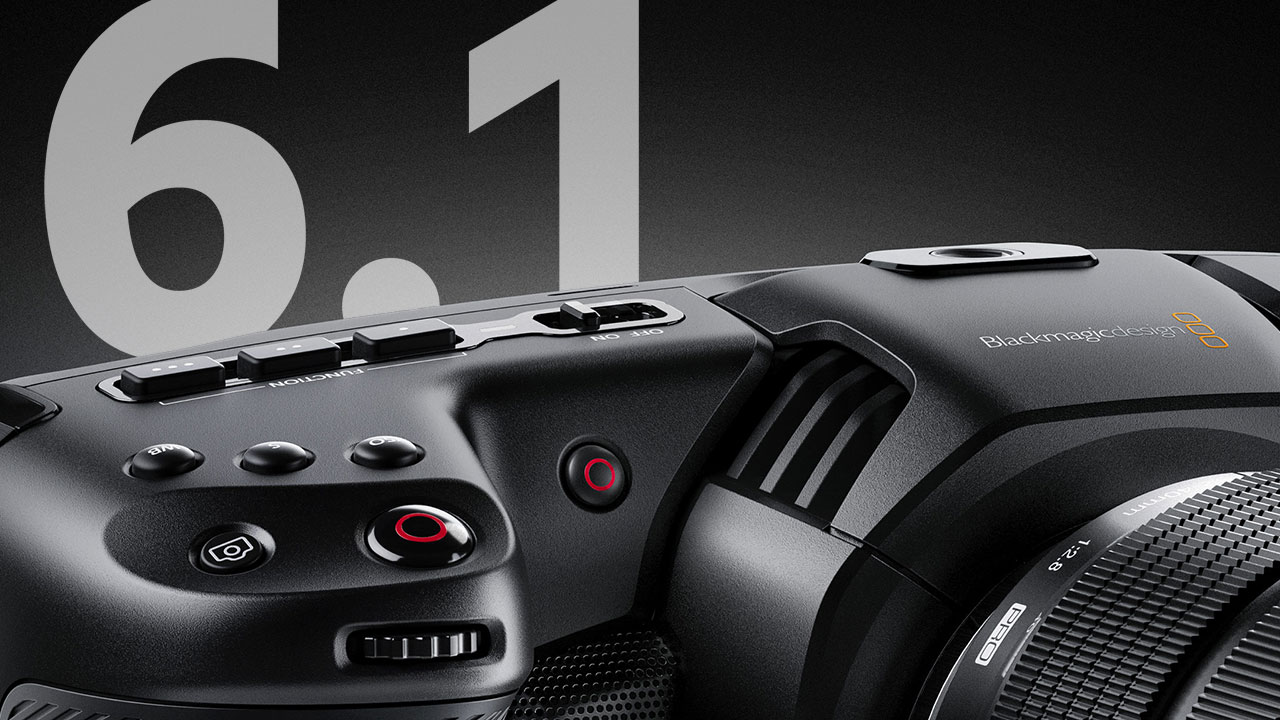 Blackmagic Design has issued Blackmagic Camera 6.1 Update, adding a few features, and lots of improvements and fixes for issues with company’s popular Blackmagic Pocket Cinema Camera 4K. Among the most eagerly awaited fixes in the BMPCC 4K firmware update is the one where the camera shuts down arbitrarily, with the battery around the 20% mark, or even earlier. DaVinci Resolve has also been updated to 15.2.3 bringing some improvements to multicam workflows and performance. Here’s what you need to know.

The BMPCC 4K has been one of Blackmagic’s most coveted cameras and has generally received very positive reviews. Among the less positive aspects of the camera was battery life and with regards to battery life one issue in particular, where the camera shut down with 20% capacity still remaining on the battery. Apparently this issue was more common with 3rd party batteries and some reviewers even reported shutdowns with higher percentages remaining – sometimes as high as 30% or more (see our own review here). This had people questioning the cameras reliability and stability in general, as particulary when recording in ProRes the file that was being recorded when the camera shut down was most commonly lost. The BMPCC 4K firmware update contained in Blackmagic Camera Setup 6.1 seems to address this rather pressing issue and many more.

Another issue that was reported in Blackmagic Forums was the camera containing seemingly dead pixels. As it turns out, those pixels mostly weren’t dead (as in not able to detect light and thus black), but rather programmatically stuck to one color – a software issue. Blackmagic added Pixel remapping to solve this issue.

Here’s a full list of issues that were added to the BMPCC 4K firmware update:

Other cameras were not updated with this release of Blackmagic Camera Update.

DaVinci Resolve has had a very good year. The application, which was already the de-facto king of color grading software has made significant strides as an allround NLE, massively improving the editing interface and capabilities contained in it, as well as adding the Fairlight and Fusion tabs to its repertoire. With a update cycle that steady and heavyweight it was about time to have a release which addresses only smaller issues and focuses on improvements of stability and performance. This is what version 15.2.3 seems to be. Here’s a list of improvements:

What do you think about the updates Blackmagic has released? Can you verify the fixes to the BMPCC 4K’s battery problems on yours? Let us know in the comments!