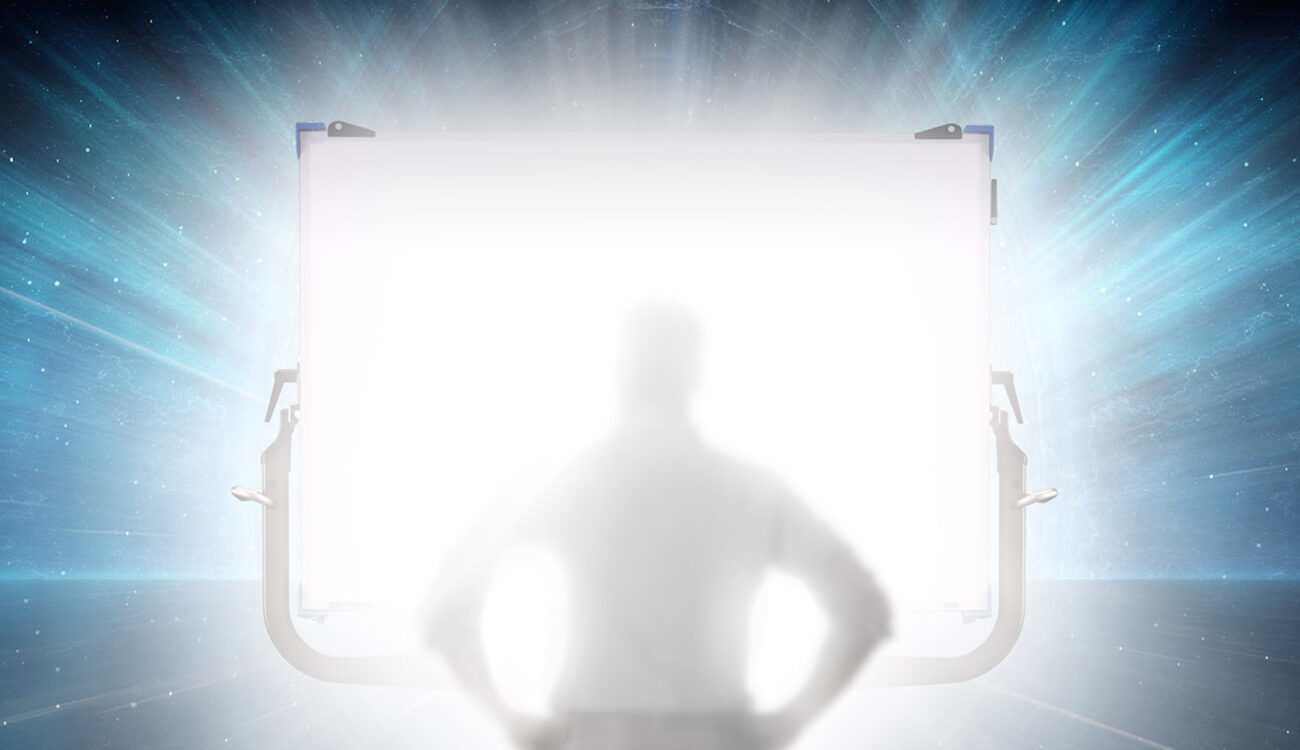 We’re well into 2018, and NAB is around the corner. Let’s take a look at three technologies set to make a big impact to broadcast and production.

If I had to pick three technologies that stand out as most significant to the immediate future of the production and broadcast industry, it would be IP, HDR and full color LED lighting. Let me explain why.

The convergence of high-performance video processing and computer hardware has been a logical technology development path for the past decade as processing power and networking bandwidth have increased. Many of the most powerful devices in a studio television production or outside broadcast pipeline is now effectively a combination of powerful computer processing with video I/O and some internal storage. What differentiates similar products on the market – and what you’re essentially investing in – is software. 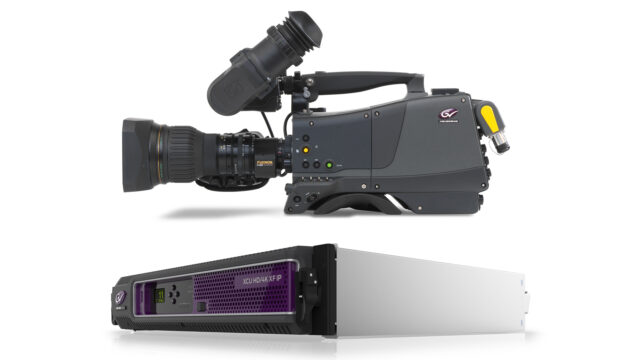 Even today’s cameras are essentially computers with an image sensor and lens mount. Of course, there is still dedicated hardware involved, FPGA’s and ASIC’s are required to power the image processing pipeline, but essentially the capabilities and feature sets are defined in firmware (the built-in software that controls the hardware).

At the consumer end of commercial television, set top boxes (also little computers) are receiving and decoding video streams for us to watch on our TVs, or we are decoding video streams directly on our smartphones and tablets. All of this is quite generic, low cost, common hardware, which is running –  you guessed it – more software.

It’s simply not so much about the hardware anymore. It’s about software, and dealing with large amounts of data as efficiently as possible. This has significantly brought down costs and opened up a vast world of possibilities and flexible workflow scenarios that were impossible before.

Essentially we are dealing with computers talking to other computers at every point in the pipeline from image acquisition all the way to end user devices.

We need to transition from seeing video as video in the traditional baseband sense, and rather see it as what it has essentially become: data. It is far more efficient for computers to be networked and deal with data as it has been in the IT domain for many decades, than to be converting to and from traditional baseband video in and out of all of our devices.

IP simply stands for “Internet Protocol” and defines how computers have been communicating over networks long before our current transition to data-centric video workflows. 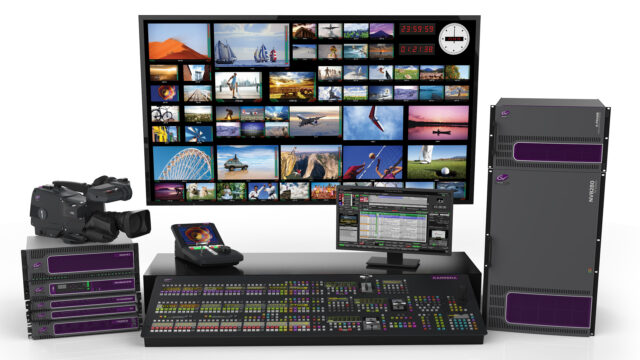 Whether we like it or not, video has become just another type of data. It takes on IT workflows, IT hardware, and IT vocabulary. It’s up to us to understand, accept, and make the transition.

Walk the show floor of any international broadcast trade show and you can’t help but notice everyone’s talking about a few things. These are IP, which I’ve introduced, UHD and HDR. These three technologies are intrinsically interlinked, and often co-enabled, although they are not necessarily co-dependent. You don’t have to have them all, and I would argue the most important of these to talk about next is HDR. 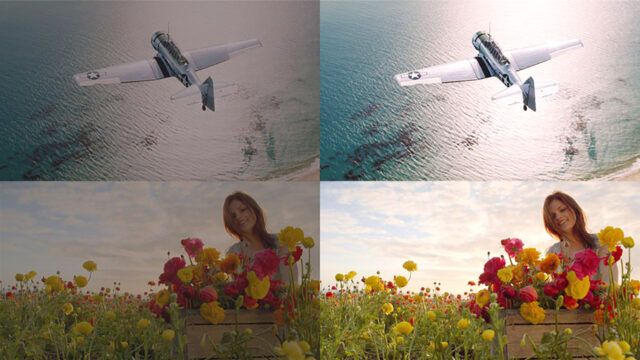 HDR stands for High Dynamic Range, and it has to do with technologies and standards that allow us to capture, process, distribute and view video with a higher, more lifelike contrast ratio, and much brighter highlights than traditional HDTV standards (and television displays) to date have allowed.

HDR does not necessarily have to mean UHD (Ultra High Definition). In fact, to the end viewer, HDR images at HD resolution have far more of an impact than UHD images in SDR (Standard Dynamic Range).

Of course, the combination of HDR at UHD resolution makes the biggest impact of all, but for many broadcasters, the jump to UHD production and broadcast is simply not yet commercially viable.

Thankfully, it is possible to lay the foundations for a UHD (and beyond) future without jumping the whole gap at once. The two technologies that will add the most value and lay this foundation are migrating towards an end-to-end IP infrastructure, and HDR at HD resolution.

Getting into the various HDR standards competing for acceptance and their application is beyond this short explanation, but we have covered some of this in other articles in the past.

More color, more control, brighter and more vibrant images is where we are headed. All of this means greater viewer experience and more creative possibilities for us. It’s often difficult to navigate the landscape of new tech, as some things stick around and some don’t. 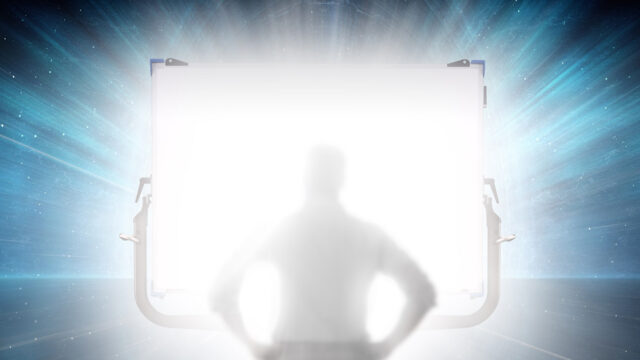 The Arri SkyPanel has become synonymous with the LED softlight, and the S360 is the largest and most powerful LED softlight available.

Production and studio lighting technology is undergoing the most significant transformation in over a century. Relatively low-power, portable LED lighting solutions have of course been on the market for more than a decade, but have been far more of a compromise than any real revolutionary improvement.

LEDs have suffered limited power, limited size, and inaccurate or poor spectral performance. This has all changed with the arrival of truly accurate, and fully color-tunable RGBW and RGBWW LED lights offering significant power output in the form of both large aperture soft lights and Fresnels.

There is a technological theme running through everything I’ve covered, and that is the rise of computers and software in places we never thought we’d find them. Lighting is one surprising place where the integration of a micro-controller and clever control software (a “light engine”) is exactly what has transformed the humble LED light panel from a compromised solution into a creative tool the likes of which we’ve never seen. 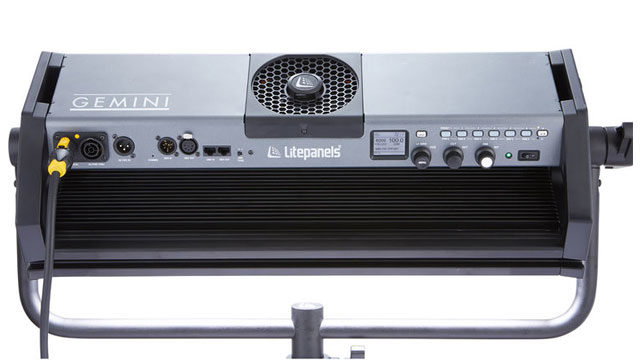 The Litepanels Gemini offers ultimate control of its calibrated RGBWW LEDs and is an example of the latest in LED lighting technology.

Using software to map and control individual red, green, blue and white LED chips, it has become possible to implement truly accurate CCT curves over a wide color temperature range with +/- green in an LED lighting fixture. It is possible to precisely factory-calibrate every light individually to match a target profile, which means that every light performs identically.

It has also become possible to dial in any color within the gamut of the light, and imitate entire gel libraries. Special effects and any number of control protocols can be enabled entirely in software.

This kind of precision and control is the future of lighting whether in studio or on location, and has never been possible before.

What do you think is most significant? Let us know in the comments.