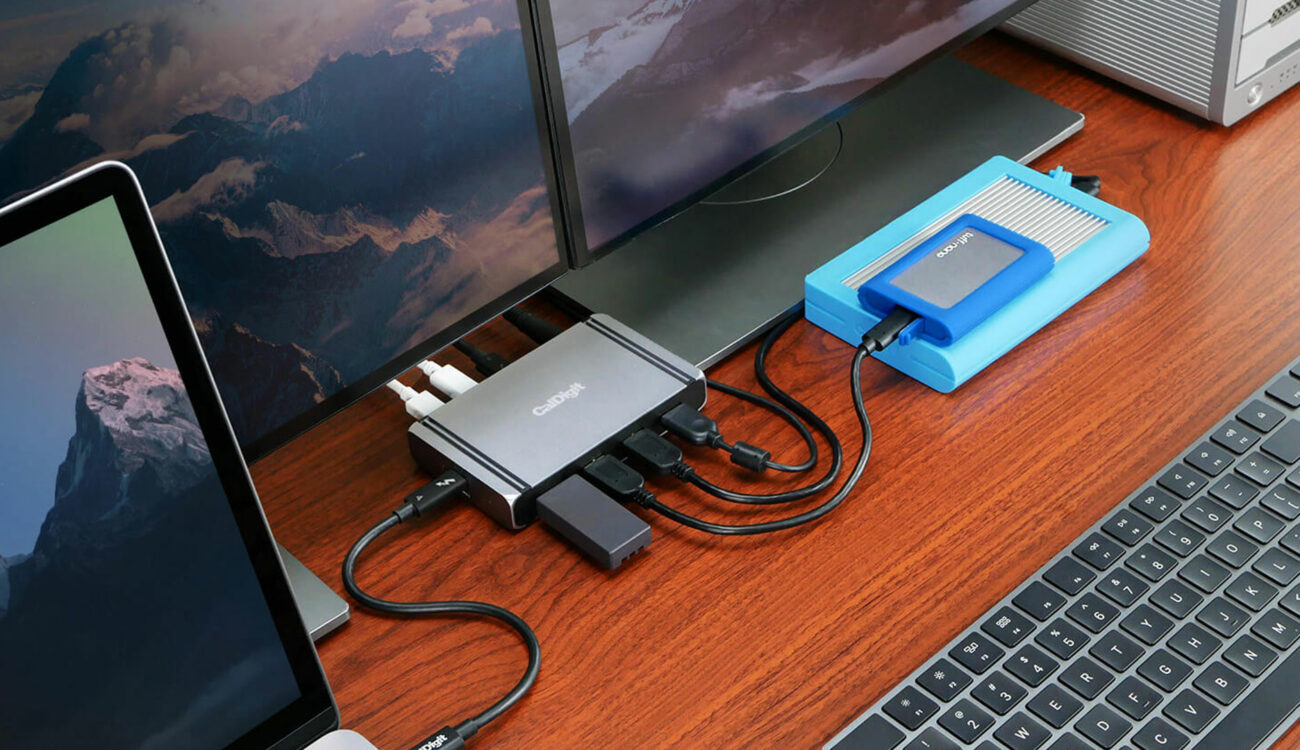 CalDigit recently released an interesting Thunderbolt 4 hub called the Element Hub. This dock is backward compatible with Thunderbolt 3, USB-C, and USB 4 devices, and it can reach 40Gb/s speeds. In short, the Element Hub can drive an 8K display, two 4K60Hz displays, and nearly every other device you can throw at it. Let’s take a closer look at it!

The CalDigit Element Hub is part of the “next-generation” of docks based on the Thunderbolt 4/USB 4 interface. This dock features four Thunderbolt 4 ports: three at the back of the unit and one on the left side next to a power LED.

The port connected to your computer can charge the latter, but up to 60W max, so it could be an issue for 16″ Macbook Pro users that requires 100W, for example.

CalDigit put four USB-A 3.2 Gen.2 (10Gb/s) ports for all your “legacy” devices in front of the Element Hub.

This is a pretty powerful dock, but you’ll need to plug it to mains power via an included power supply (150W). In short, the Element Hub seems like a nice studio dock, but it’s not the best choice if you’re often on the road.

The CalDigit Element Hub is available for pre-order now for $139.99, and it should start shipping in mid-April. It comes with a 0.8m Thunderbolt 4 passive cable, two rubber-foot strips, and a power supply with a power cord.

What do you think about this Element Hub? Have you already made the switch to Thunderbolt 3/USB-C devices in your workflow? Let us know in the comments below.