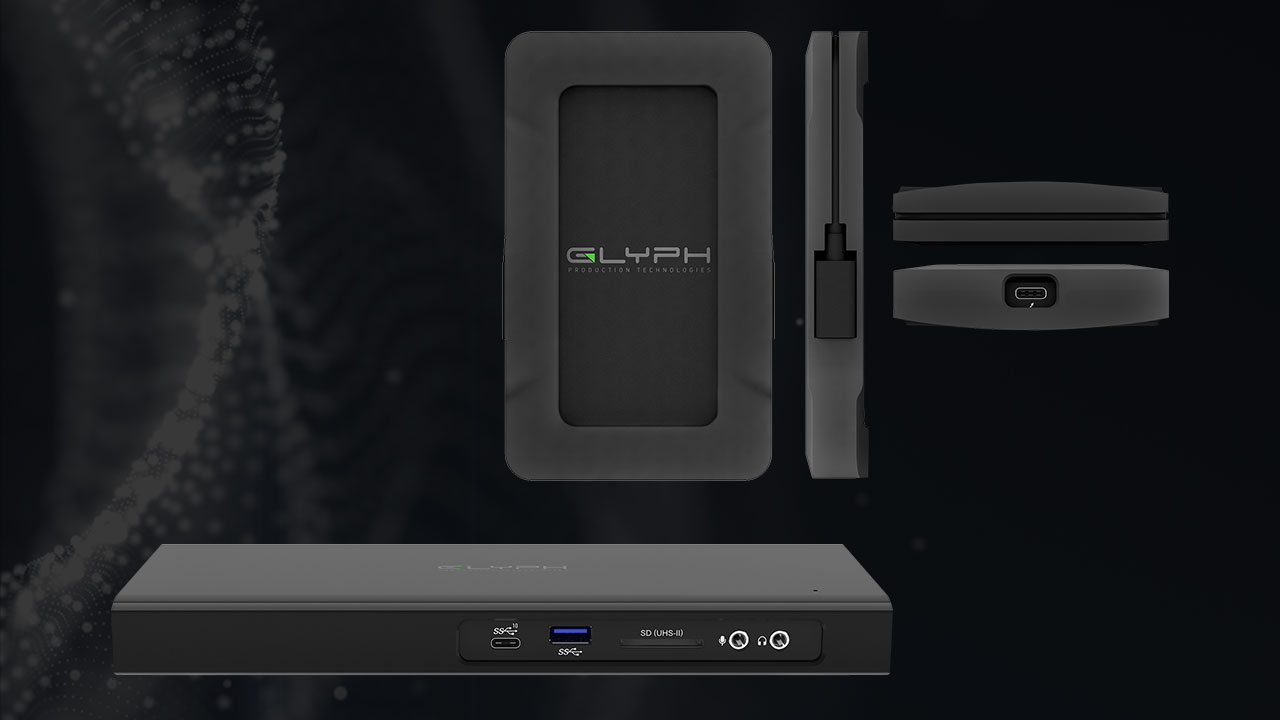 Glyph , manufacturer of premium storage solutions for creative professionals from New York, has launched a new Thunderbolt 3 dock that will power your Macbook Pro, provide support for dual 4k displays, Gigabit ethernet and more, as well as a premium, high-speed, rugged SSD drive that’s very much suited to editing on-the-go. Here’s what you need to know.

After some initial lag following its introduction into Macbooks in 2017, Thunderbolt 3 is finally starting to get some real traction with new accessories coming out left and right, expanding and refining the already impressive range of functionality available for the interface. Now the New York based company Glyph has entered the competition. All Glyph drives are assembled and tested in New York. 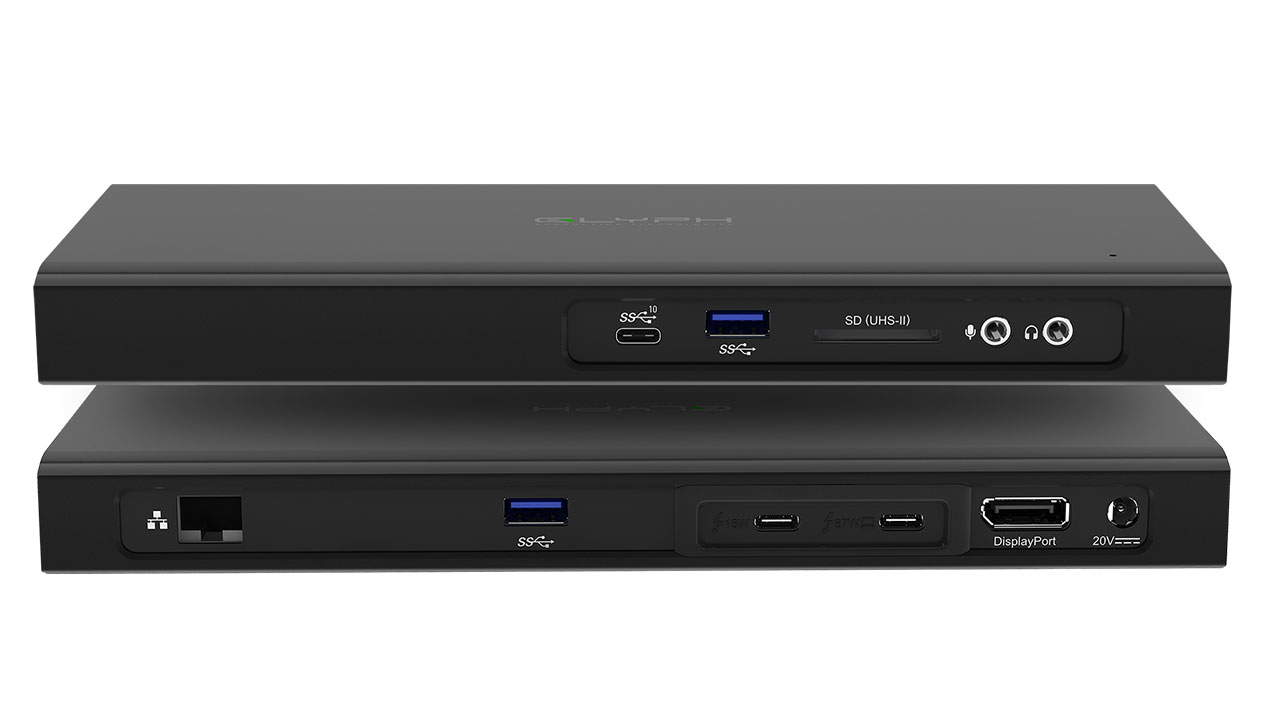 The main purpose of a dock like this one by Glyph usually  is both to make your Thunderbolt 3 enabled laptop more convenient to use, as all peripherals and power supply can be connected to the dock and then plugged into your laptop with (ideally) only one cable. Additionally, due to laptop manufacturers’ prioritization of slimming down, some older ports like full-size display ports or ethernet ports can’t even be incorporated into the industrial design of many modern laptops. Docks offer a more stable, convenient and visually pleasing solution than the #donglelife way of doing things. Here’s what Glyph’s Thunderbolt 3 Dock has to offer spec-wise:

The Glyph Thunderbolt 3 Dock comes in configurations without a user-upgradable SSD already built in, or with 500GB, 1TB or 2TB already built-in and is available now. 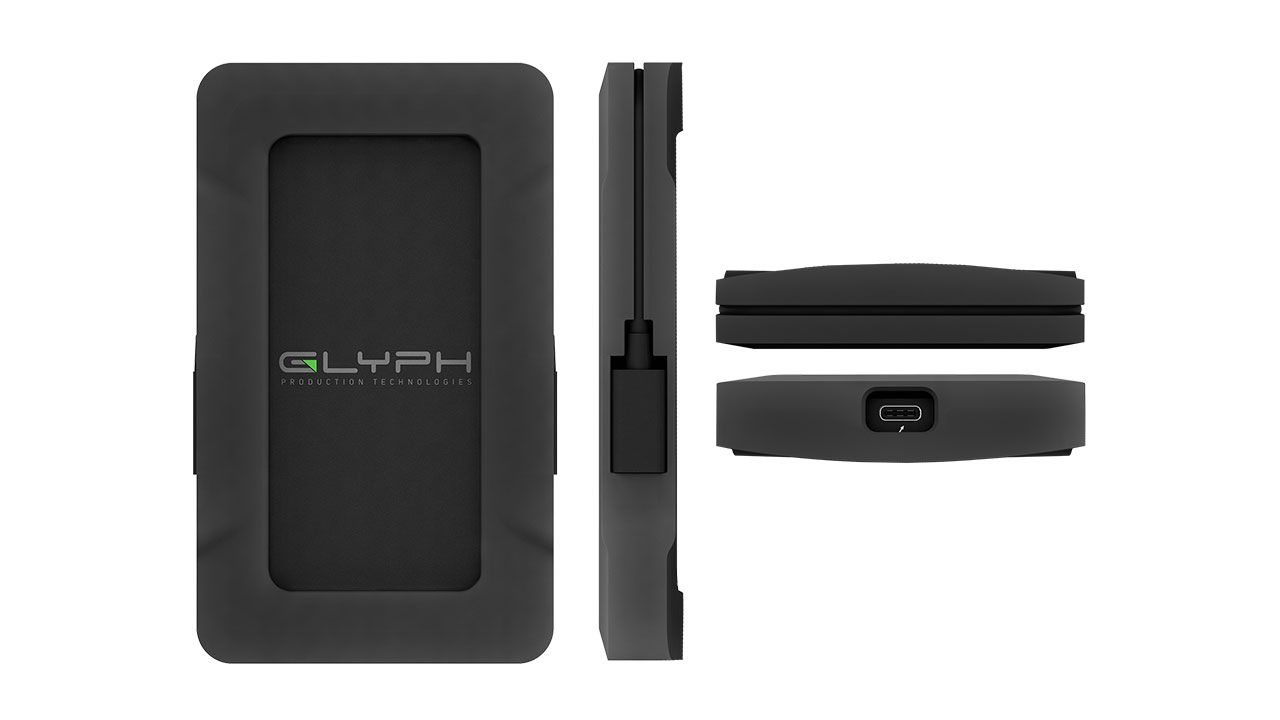 The Glyph Atom Pro NVMe SSD is a rugged high speed SSD, with a rubber protection similar to the Rugged series by LaCie, as well as a built-in and storable Thunderbolt 3 cable. In case you have your desk setup built out perfectly though, there is also a seperate Thunderbolt 3 port to plug in to, on the device’s body. The device conforms to the MIL-810F standard, which means it’s resistant to a multitude of environmental factors, like humidity, rain, shock, dust, vibration, fungus, and many others. Keep in mind that humidity and rain does not mean submersion in water.

We don’t have details on the innards of the drive so we don’t know if the drive uses just one really fast NVMe, or a setup of multiple of these in an internal RAID 0 configuration, to achieve the incredible read and write speeds of 2,800 and 2,600 MB/S respectively. The Glyph Atom Pro NVMe SSD is available in capacities of 500 GB, 1TB and 2TB.

What do you think about Glyph’s Thunderbolt 3 offerings? Were you waiting for peripherals exactly like these to improve your workflow? Let us know in the comments!