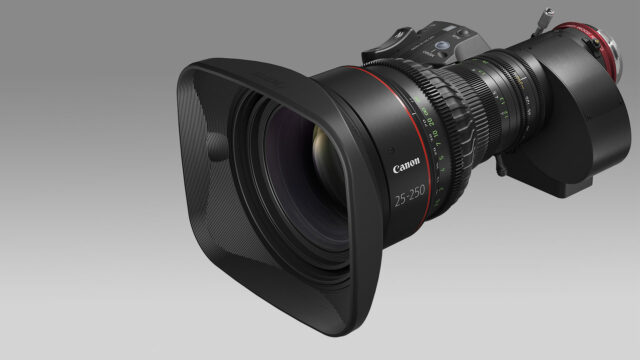 It offers a long 10x zoom range from 25mm wide-angle to 250mm telephoto. This range can even be pushed further to 375mm with the built-in 1.5x optical extender. The extender, however, has one more interesting function. It can optically enlarge the image circle of the lens to make it compatible with Full-Frame sensor cameras – such as the EOS C500 Mark II. The maximum aperture with the optical extender changes to T4.4-T5.9. 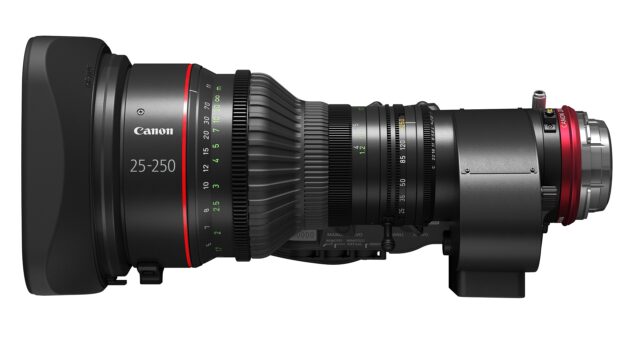 The lens has a user-detachable ergonomic drive unit. When attached, the unit needs to be powered from the right connector. With the new EOS C300 Mark III, for instance, users will need the extension unit to power the servo drive unit.

The lens mount can be interchanged between EF and PL mount. Unlike the user-interchangeable lens mount of the C300 Mark III, however, only Canon authorized service centers can do this and it will be a paid service. 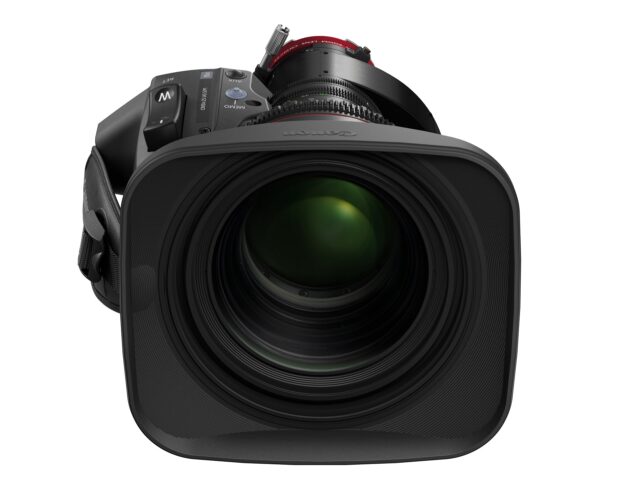 The lens supports communication standards with EF mount and Cooke/i Technology with PL mount. A 12-pin serial communication is also supported for broadcast standards, as well as a 20-pin connector that outputs accurate lens positional data for various virtual systems.

Canon also today announced in total 17 updates for its Cinema EOS System cameras. Among the updates are the following: