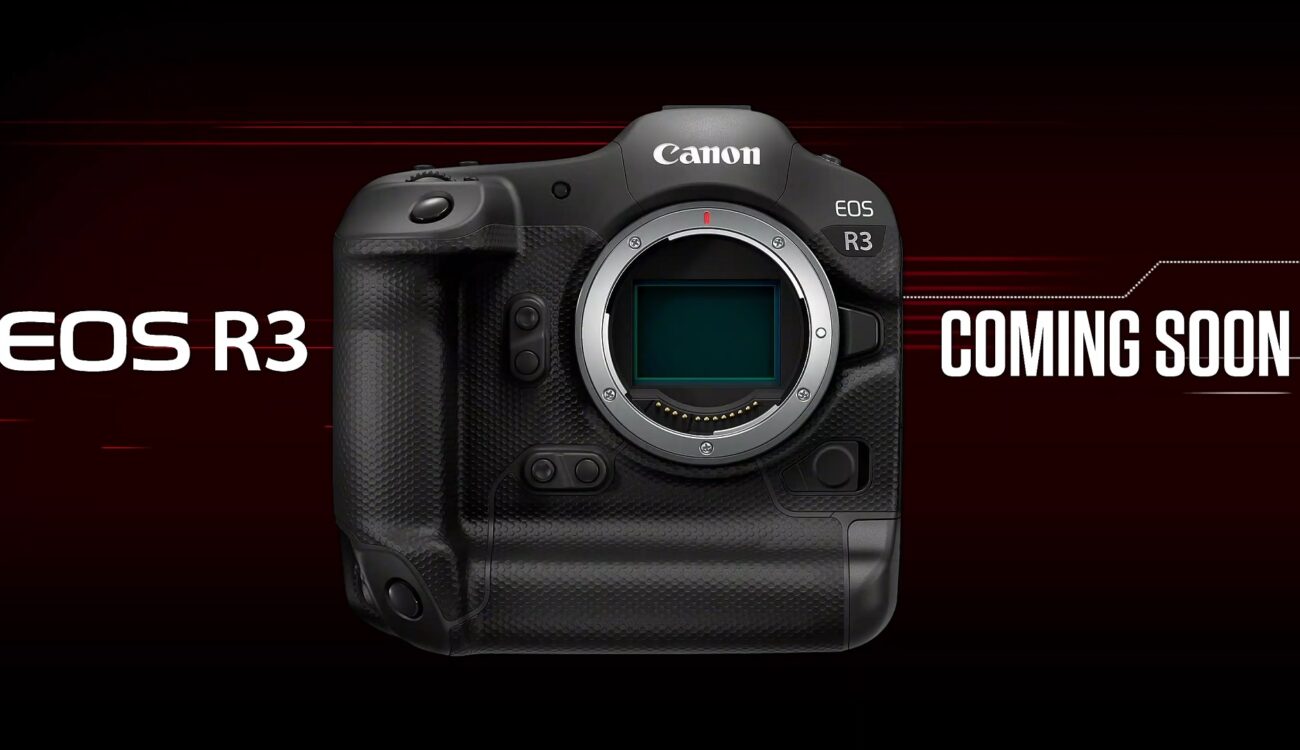 Canon EOS R3 development was announced. The full-frame mirrorless camera will bring the rugged weather-sealed body with an integrated grip to the RF mount system. With the new BSI CMOS sensor, the camera should focus on speed, sensitivity, and reliability with up to 30fps stills with AF/AE. Canon also announced three new RF lenses – the RF 100mm f/2.8 L MACRO IS USM, RF 400mm F2.8L IS USM, and RF 600mm F4L IS USM.

It’s clear that Canon fully focuses on its RF lens mount system. A couple of days ago, Canon officially discontinued a handful of its EF lenses. Does today’s announcement mark the definitive end of the EF SLR era for Canon?

As Canon states, the new EOS R3 will mainly target professional sports and news photographers. Clearly, the company wants to offer a mirrorless alternative for its EOS-1D line. The camera should be all about high speed, high sensitivity, and high reliability.

The EOS R3 will feature a new Canon-developed BSI (back-side illuminated) stacked full-frame CMOS sensor. Along with the DIGIC X imaging processor, the camera promises to shoot up to 30fps stills (with electronic shutter) with AF/AE tracking, eye, head, and body detection. Talking about AF, the EOS R3 will feature Canon’s Dual Pixel CMOS AF and the Autofocus Eye Control Function. First introduced is the analog EOS 5: this feature will come back and allow users to select and move the AF point using their eye via the viewfinder. This will be further improved in the R3 and allow for even faster working autofocus.

The EOS R3 body design is obviously inspired by the EOS-1D series and it first introduces the rugged body with an integrated grip into the RF system. According to Canon, it will also have the same dust and water resistance as the EOS-1D cameras. Canon has currently not released anymore information. The release date and price of the EOS R3 remain a mystery for now as well. As always, we will monitor further announcements and bring you all the information once it gets released.

The two new super-telephoto lenses are based on Canon’s SLR versions – the EF 400mm f/2.8L IS III USM and EF 600mm f/4L III USM. The new RF versions are supposed to retain the optical performance while reducing their weight. According to Canon, the lenses feature 1/8th stop aperture control for video, and enhanced optical IS providing 5.5 stops compensation. They also support a double power drive method for faster AF with future bodies.

Both lenses also feature three manual-focus speeds for precise control and manual focus, plus two focus pre-sets can be stored for quick recall. The focus ring can also be used as a control ring with some EOS R series bodies. Thanks to the Fluorite and Super UD glass plus ASC and Super Spectra coatings, the lenses should produce sharp images even when wide open, according to Canon.

The newly announced RF 100mm Macro lens features a 1.4:1 magnification ratio made possible by the lens’ floating system and short back focusing. Another new feature is the variable and adjustable Spherical Aberration Control ring: users can vary the look of the background and foreground bokeh and create a soft-focus effect on the subject. The f/2.8 maximum aperture with 9-blades gives a shallow depth of field suitable for capturing portraits as well.

The RF 100mm F2.8L MACRO IS USM also features up to 5-stops Optical Image Stabilization and 8-stops Combined IS (using CIPA standards). According to Canon, a Dual Nano USM AF provides a smooth, accurate, and high-speed autofocus. Focus breathing is also suppressed, which is useful for shooting movies and in post-production when Focus Stacking.

What do you think about the upcoming Canon EOS R3? What would you love to see when it comes to the ability of the camera to shoot video ? Let us know your thoughts in the comments section underneath the article.