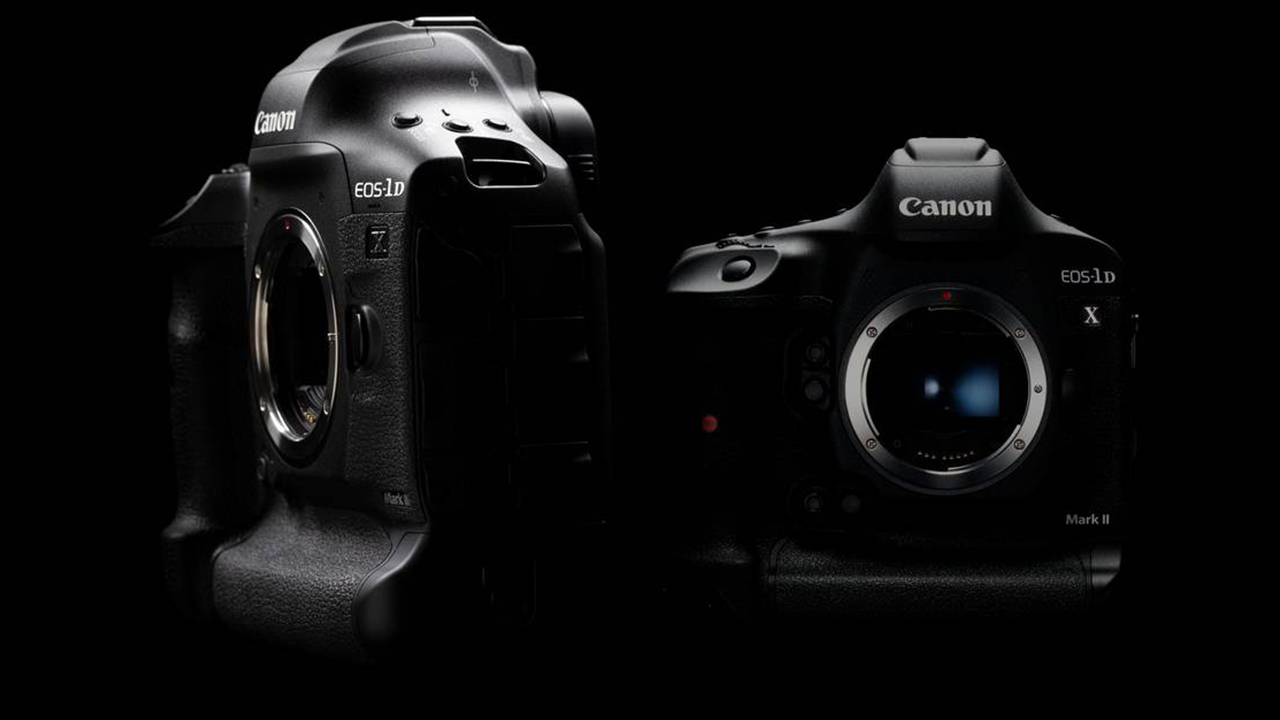 Canon has just released a firmware update version 1.1.0 for its flagship EOS-1D X Mark III camera that fixes an issue that would cause the camera to freeze. For filmmakers, this firmware update adds 23.98P frame rate in 4K UHD and FullHD recording modes. Let’s take a closer look. 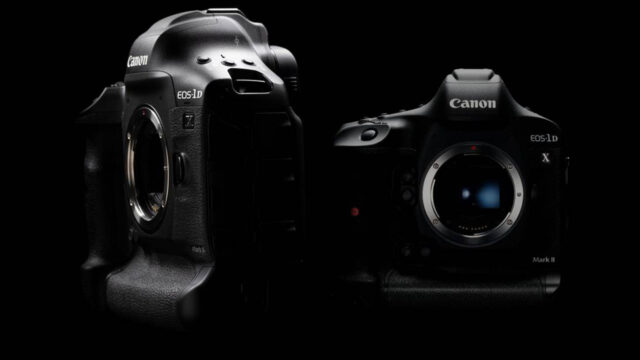 Canon just released a firmware update version 1.1.0 for its Canon EOS-1D X Mark III that fixes an issue users started to report in March 2020. Indeed, the camera could freeze when the electronic level was set to “Show” in the viewfinder display, and you pressed the shutter button or the AF-ON button. The 1D X Mark III is a high-end (and expensive) camera, and the last thing you want to see is a bug that locks it up. Below is a video that explains the issue.

The firmware update version 1.1.0  also adds a couple of features, including:

The firmware update version 1.1.0 for the Canon EOS-1D X Mark III is available now. It is a free update, and you can download it directly on Canon’s website.

What do you think of this firmware update for the 1D X Mark III? Did you face this issue that causes the camera to freeze? Let us know in the comments below!

I just bought a 1dx Mark III to replace my 1dx mark II few weeks ago. I filmed 2 TV projects with it so far as a B-camera with my C700FF and in C-log 4K 10 bits, the footage are amazing. Not as much dynamique range as the RAW neither the C700FF in log 2/3 but still 1/2 stops more than the 1dx mark II I would say. The color are amazing as well and mix very well with the C700FF. The AF is also widely improved and the best that I have used so far. The tracking is mind blowing compared to the mark II or the C500 mark II. The only thing that I miss on this camera would be a timecode input. I have to use one of the input for audio TC and it is not great regarding workflow. The H265 files don’t play back well on FCPX on my MacBook Pro 15. I had to convert them in ProRes 422.

On a Ronin-S it is also a perfect camera to use. Heavy but stable and very convenient to operate (don’t have to remove the camera from the Ronin to change the battery for example). The tracking + Ronin-S is an amazing combo. Only the slow motion capability are not perfect. A slow motion mode at 120p in 4K or HD with good image quality would have been great. Didn’t tried a lot but the HD 120p doesn’t look really better than the mark II which was really average…

Hey Guillaume Bression.
Thank you for sharing your real world experience. Match my observation of the camera. Simply amazing piece of gear for the money.

There is another bug being reported by a photographer. Here is the link. https://youtu.be/KbGrCCS4GXU

I test mine imidiatly after seeing the video you mentioned and I don’t have this issue.

I tested my 1DXmk3 too (that I received two days ago) and do not find this issue either.

I absolutely loved working with the 1D X mk III. The color science, Full Frame width video and fanless design worked perfectly for a very quiet soundstage interview setup. An optional locking CM-V1 EF mount ($2200?!) would be superb but that would be eating into C500 Mk II marketing territory. From experience: With the Xeon 18-Core, Vega 64X 16GB VRAM, 64GB RAM iMac Pro (macOS 10.15.4 public release) – the 5.5K RAW 24p footage only achieves 5fps timeline playback in DaVinci Resolve 16.4 (single node, no adjustments), even when kicking down the timeline resolution to 720p. The same goes for Final Cut Pro 10.4.8 with the Canon RAW plugin 1.3 – only continuous playback achieved with Performance mode (which looked like it was downresed to 480p). Experiencing the Canon RAW codec gave me insight into how efficient BRAW, ProRes RAW and R3D footage is.

Thanks a lot for your comment, Christopher! A locking mount would be an awesome thing on a Canon DSLR/mirrorless camera; I’ve been waiting for it for years! You did not keep the camera, or it was a rental?

You’re the first one that is giving us feedback on RAW playback performances. Johnnie is working on a review that should come out soon. I hope a better way to handle these large RAW files will quickly appear, as the Canon RAW Light is working pretty great from my side. Did you see a significant quality difference between 10-bit files and the RAW ones?

The difference between the video C-RAW and the 10bit files is huge if you have a scene with a big dynamic range and a gradient(or a natural light falloffs) in the shadows.
If your DP know.what is doing with the lighting the C-RAW file produce stunning results.
I the highlight the 10bit file are ok but in the shadow you get ugly compression artifact and banding.
Furthermore the color on the part of the skin tone that are slightly underexposed are much better on the C-RAW file.
If you light the faces of your actors in a dramatic high contrast style with few stops between the key side and the fill side the C-RAW, like any other video raw file, make a huge difference.
Off course the whole production chain must be powerful enough to work in a profitable way.
But remember the saying: “if can’t affordit you don’t need it”

Personally i buy the 1Dx Miii for my personal photographer nwork (is a real beast) if I have to shoot video/movie in professionals way that need the quality that the camera can deliver the whole crew and production chain start to be big and the budget also. In that case the 1Dx MIII Is not enough for ergonomics reason or can be used as a B-cam beside an C500Mii.
I personally deeply tested the 1DxMiii for video on a (personal project) documentary situation and I have to say is the best DSRL/mirrorless video camera I ever tested. Is so good that to be able to enjoy the maximum quality of this camera can deliver you really must know what you are doing, if people think you can expose badly and you can recover in postprodction because you use Raw recording just forget it, is not an ARRI with 14bit raw footage.
As a professional cinema DP I after using few weeks for my personal projects the 1DxMiii, mainly for photography, but also for video my conclusion are that I personally will never use as main camera in a professional production that need Full Frame sensor Format because the renting economy you made don’t cover in any way the time you lose on set for different reasons.
Without saying the limitations you have with cinema lens on this camera.
Personally I find that focus pulling on FF format without using auto compensation focus lenses is just garbage for professional production.
For one man documentary crew I think this is not the right camera either, the insurance cost of this camera is just enormous and the risk you take to loosing or brake a 7000$ camera when you work alone is to high.
For interview? I don’t know i think is a bit overkill.and difficult to justify the total cost for the client but I have no idea of the actual market for this.

What I think about the 1DxMiii??
Is a pure state of art photo camera that can make also incredible video footage, is an incredible technology beast, the price is justified for the photo camera alone, the video capability are an incredible extra, but if you buy only/mainly for video is too expensive and the camera have to go many limitations for high end professionals usage.
Renting price is around +200$/day you have incredible professionals video cameras for this price.
The auto focus is incredible in photo mode and very good in video mode, but I never use professionally auto focus in video because focusing is one creative tool and not only having something “on focus” Al the time.

The 1D X mk III was a rental for a shoot that called for both chroma keying [so ProRes 4444 or RAW was preferable] and an extremely quiet sound stage where a fanless camera was necessary [the fan noise of my BMPCC 6K and Ursa Mini 4K were being picked up when getting the desired look of a wide lens close to the talent and not wanting to do a voice dub]. I did not do a critical comparison of the 10-bit 4:2:2 files because I was looking for 4:4:4/RAW specifically. As for the other’s comments about optimized media – yes Proxy/Optimized workflows are always an option, but once getting used to editing 6K BRAW natively (especially with the release of the Pro Display XDR 6K) a transcoded pipeline with relinking feels like unnecessary steps.

Also to note: The SanDisk 64GB CFexpress card that the camera is bundled with on BH cannot process 60fps 5.5K RAW recording and stops after a few seconds due to ‘low’ 0.8 GB/s write speed. The larger 128-256/512GB SanDisk CFexpress cards have a faster 1.2/1.4 GB/s write speed respectively and may be enough but I did not have them on hand.

As for Canon RAW Light, I do not have footage on hand with that codec (C200 for example) but if you guys can provide a link to downloadable sample footage that would be awesome as I’d enjoy seeing how processor intensive it is.

With your configuration is not suggested to try edit directly c-raw files, 1800 2600 Mbps bitrate for a single.flow is too much for your setup.
CRAW file are very eavy but if you plan to edit a 5.5K file you must any way adopt a “studio” workflow.

Guys, thank you for your playback suggestions. My review is much delayed as I’m still waiting for the new MacBook Pro 16 to arrive. (Useless Apple service in Tokyo). At least I was able to watch the proxies the 1D X MarK III created, and I could already see how amazing the footage looks like. Judging from the look, personally I won’t hesitate using this beast as a A camera for many projects.

With Blackmagic Speed Test 3.2 and macOS 10.15.4 the iMac Pro will sustain 23.2Gb/s Write and 19.2 Gb/s Read for the hour continuously that I tested. Considering the Canon RAW footage was written to the CFexpress card at no faster than 6.4 Gb/s (SanDisk maximum stated write speed for the 64GB model) than read speed in the computer SSD is not the bottle neck. The 12.03 TFLOPS of single precision 32-bit float point processing power in Resolve of the AMD Vega 64X is the culprit as it gets pegged at 99% processing utilization and only 9 of 16GB VRAM used during playback while the Intel Xeon 18-Core W-2191B stays untouched at only 5% use. Would be interesting to know if the 14.1 TFLOPS of the AMD ProVega II or 16.31 TFLOPS NVIDIA Quadra RTX 8000 could process in realtime. As you mentioned, optimized/proxy work flow is an option but it’s not appealing after getting accustomed to the agility of efficient BRAW/ProRes RAW original media.