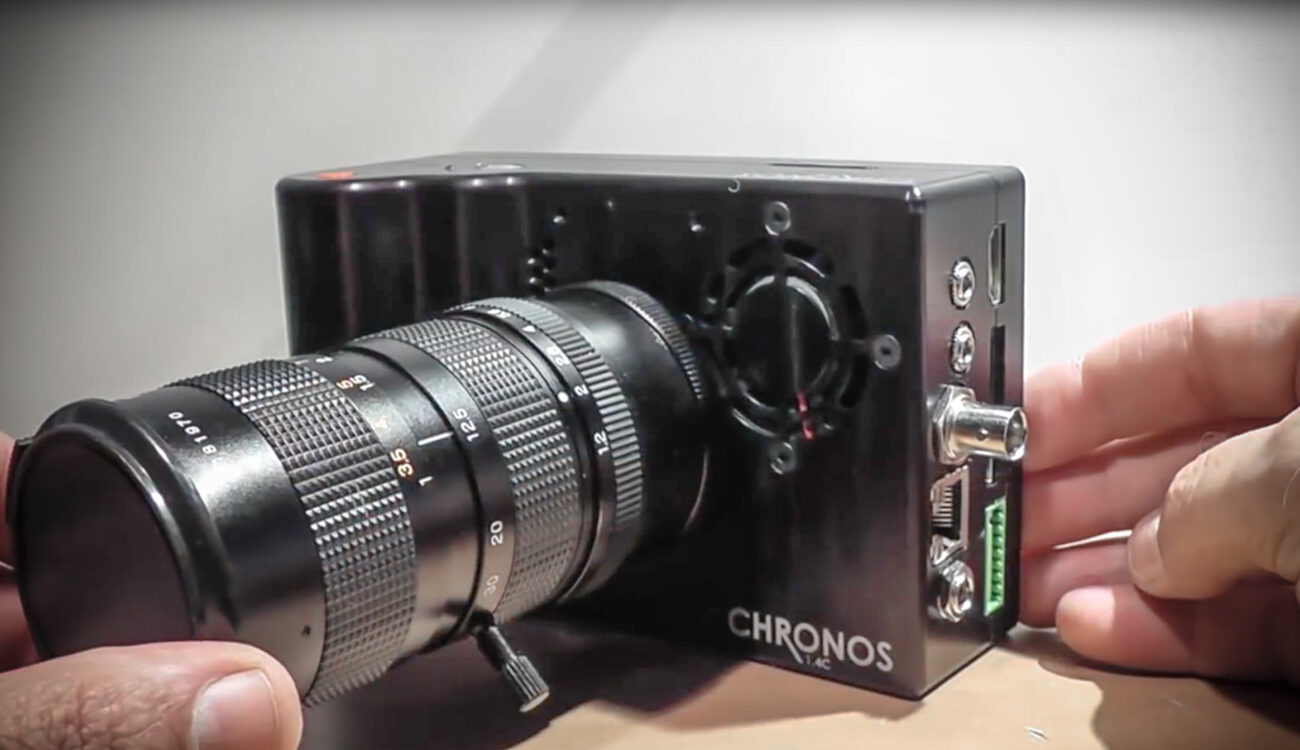 The Chronos 1.4 camera is the result of the efforts of a single engineer, David Kronstein, who is working diligently to bring slow motion to a wider group of filmmakers. The device –  now “production ready” and headed to Kickstarter in the “next few months” for funding – is capable of 1050fps at a resolution of 1280×1024.  Read on for all the details, including footage samples: 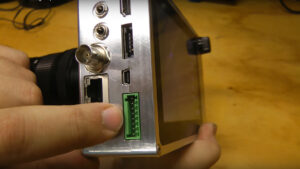 Shooting great-looking slow motion is really, really expensive and usually requires renting a Phantom high-speed camera for the best shots at 300 fps+, or an equally pricey RED Epic Dragon or Weapon for anything below 300 fps. Slow motion, however, is almost always worth it.  Don’t take my word for it –  just look at the trailer for Planet Earth II here, which includes some epic slow motion moments.

The YouTubers over at the “TAOFLEDERMAUS” channel have gotten their hands on a prototype production model of the Chronos 1.4 and have in-camera footage to show as well:

As you can see from the video, there are still a few kinks to work out: there is a 30 second boot up time from the moment the power button is pressed, and saving to SD card takes a considerable amount of time as well, but hopefully we’ll see improvements as the project progresses.

This is very much a speciality tool, especially given the lack of full 1080p resolution, but it is cheap and shows promise at being a no-fuss slow motion solution in the future.

Once fully funded through Kickstarter, the 8GB base model of the Chronos 1.4 is expected to cost a (comparatively speaking) very affordable $2,500.

The below video was created by the engineer behind the design, who shows off some in-camera video while going into more detail on external ports, internal mechanics, as well as a ring near the sensor that adjusts back focus. Skip ahead to 9:27 for in-camera footage:

The Chronos 1.4 project is ambitious, and though I’m hopeful this camera will one day be available for the mass market, we shouldn’t lose sight of the fact that crowd funding has a dubious history and caution is recommended with products like this.  Still, we’ll keep an eye on the project and update as more information comes our way.