Senior Blackmagic Design trainer Simon Hall presents a short workshop covering basics of color grading in DaVinci Resolve 16. He shows all parts of the Color page in Resolve and explains how they should be used. Simon also shows a few practical examples of primary and secondary color correction. 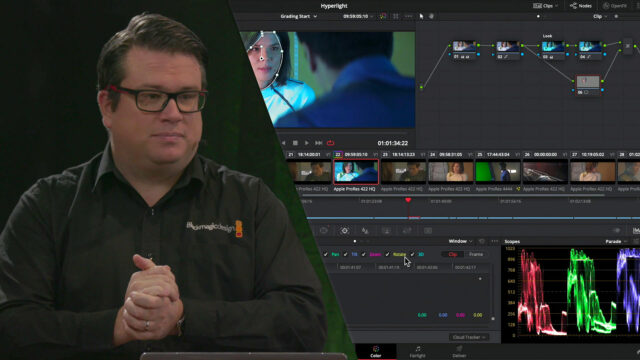 During this year’s Photo & Adventure trade show in Vienna, Austria, the cinema5D team was in charge of the “Cine & Video stage” program at this show. We invited many interesting guests to talk about various topics. You can see the initial post here. We decided to publish the most interesting topics again in separate articles. You can await these to be published in the next weeks. This article is covering Simon Hall’s presentation showing the basics of color grading in Blackmagic Design DaVinci Resolve 16.

DaVinci Resolve used to be known mainly as a color grading software. It still is one of the most powerful software for colorists. In recent years it, however, also became a powerful NLE editing software. Blackmagic Design managed to concentrate lots of functions from various stages of post-production in one application. 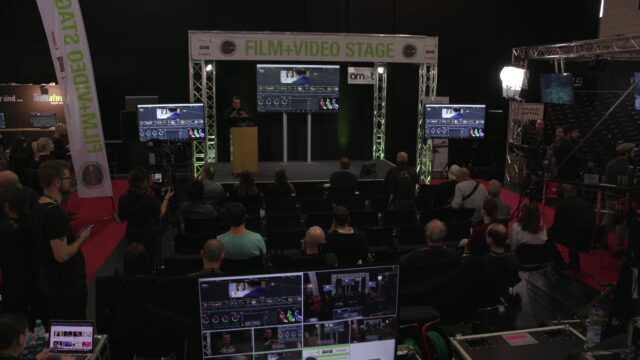 Simon Hall is a senior Blackmagic Design trainer and an experienced editor. In summer, he conducted a short DaVinci Resolve training for cinema5D and we decided to invite him to Photo & Adventure trade show to show basics of color grading in Resolve 16.

The focus of this short workshop is concentrated on the Color page of DaVinci Resolve 16 as that is where the whole color grading process happens. Simon starts the presentation with the description of tall the different windows in the Color page. 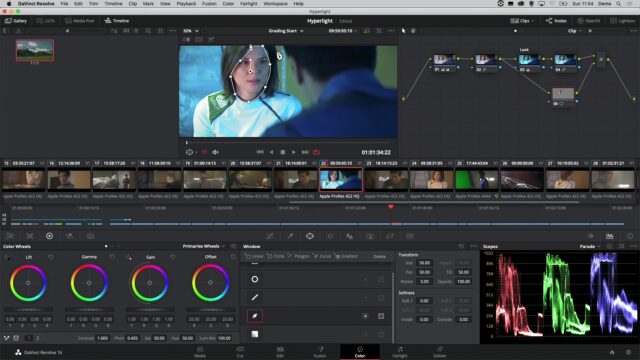 Simon further shows the advantages of working with Blackmagic RAW. Users can work with Camera Raw feature in Resolve 16. With every clip, users can change ISO, color space, gamma, white balance, and more

Resolve also has a couple of OpenFX effects on the Color page. Simon shows a Face refinement as an example of an effect. It recognizes a face in the image and tracks it. Users can then play with different sliders and adjust the look of the face. There is Eye retouching, Eye bag removal, Lip retouching, color corrections and more adjustments available.

Simon also shows a new feature in Resolve called Object removal when he removed an airplane from a clip. 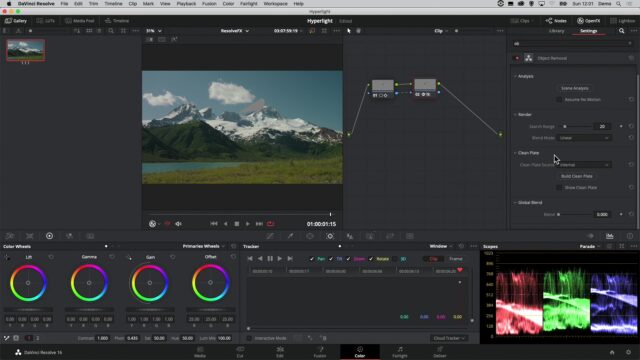 Resolve accepts a wide range of formats and it includes debayer settings for each of them, so users can grade material from virtually any digital camera. Simon also demonstrated how well Resolve 16 is optimized. It should be stable even on mid-range laptops, like Apple’s MacBook, which Simon used.

Simon Hall had of course very limited time on our stage, but Blackmagic Design offers free training manuals and online videos for DaVinci Resolve like we just reported about recently.

Do you use DaVinci Resolve 16 for color grading or do you want to start? Did you find this short workshop useful? Let us know in the comments underneath the article.