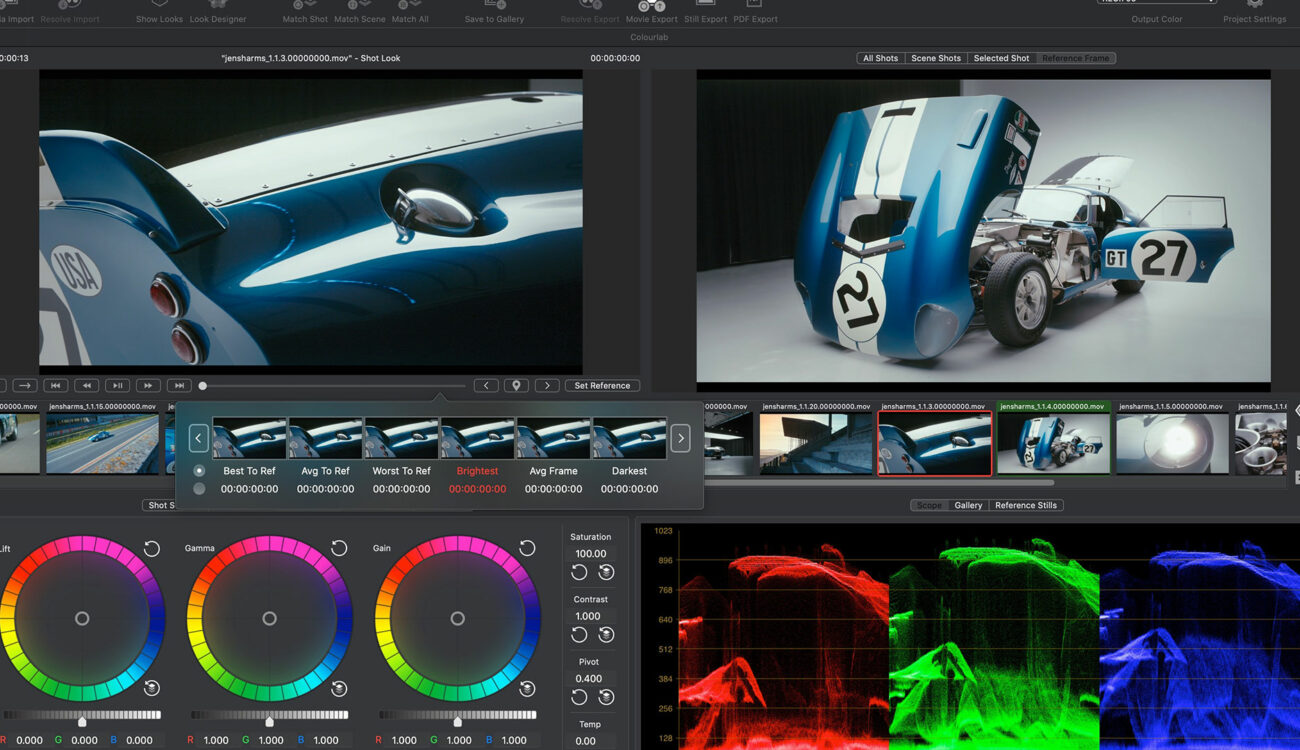 Last September, CineD had the opportunity to conduct an exclusive interview with Dado Valentic. As an award-winning colorist, Valentic is one of the leading developers of color science for digital film cameras. But that’s not why we spoke.

Colourlab Ai – what does the software do?

Essentially, Colourlab Ai’s software uses AI to analyze the composition of your reference photo or clip – including whether it’s a close-up, exterior, or night shot.

Because the AI “understands” the differences between these types of images, it can then use that information to more accurately, quickly and easily match the same look to other footage compared to non-AI color matching tools. On top of that, it can also match between different cameras easily.

What’s important to note is that Colourlab Ai’s software won’t perform your final grade. Instead, it will help colorists get to the point where their footage is essentially ready for secondaries and refinements. Basically, letting colorists quickly get to the more creative part of DI.

Following a v1.1 update that added direct integration of the Look Designer plugin for DaVinci Resolve, a new “Frames of Interest” tool, and support for Apple’s M1 computers, the Colourlab Ai team has now announced version 1.2 of their new software, which adds several other exciting features that were demonstrated in a live stream from Valentic himself:

The first of these new tools is the new Camera Profile manager. This detects media from various sources and applies the appropriate color-managed camera profiles to those clips automatically. Assignment of camera profiles is an essential step in the process of camera matching that is still a manual process with all other color grading applications. In addition, there is an interface to optimize assigning camera profiles to media without metadata as well as the ability to import and manage your own custom camera profiles.

This update also includes “Stage 1” of Colourlab Ai’s integration with Final Cut Pro. Users can drag timelines directly from FCP to Colourlab Ai, grade and match, render and re-link to the newly graded material in FCP. Adobe Premiere users can also leverage the same workflow by importing an XML exported from their Premiere projects.

Also included in this release is Essential Look Pack – Volume 1, a selection of show looks created by Valentic himself. These looks are parametric, which means that they can be further modified and edited in the Look Designer toolset within Colourlab Ai.

Finally, the Colourlab Ai team also announced their new educational initiative which provides a full educational curriculum as well as discounts for students and instructors. The Brooklyn College Barry R. Feirstein Graduate School of Cinema at Steiner Studios was announced as the “official university in the United States to integrate Colourlab Ai into their curriculum.”

What do you think of Colourlab Ai’s 1.2 Release? Let us know in the comments below!