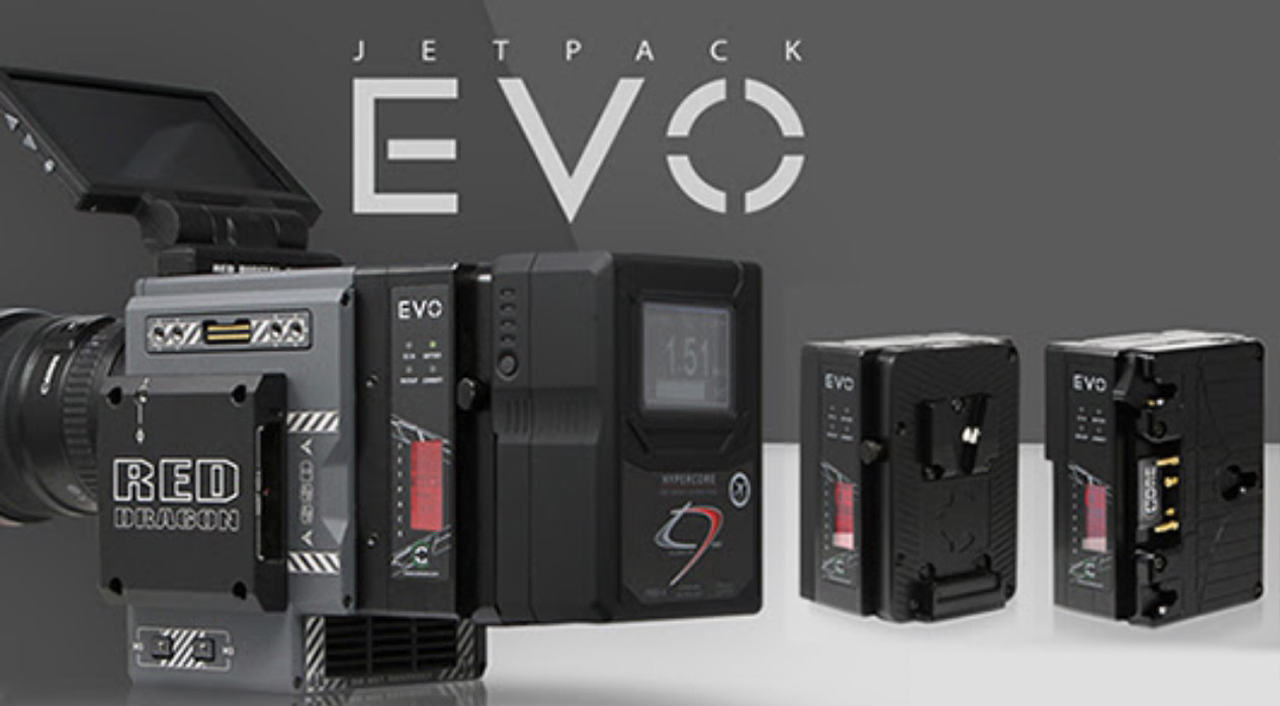 Core SWX has announced an interesting new pass-through mini battery. Primarily designed for RED DSMC2 cameras but compatible for many V-lock/Gold mount configs, the JetPack EVO series gives you enough juice to change battery without powering down your camera. 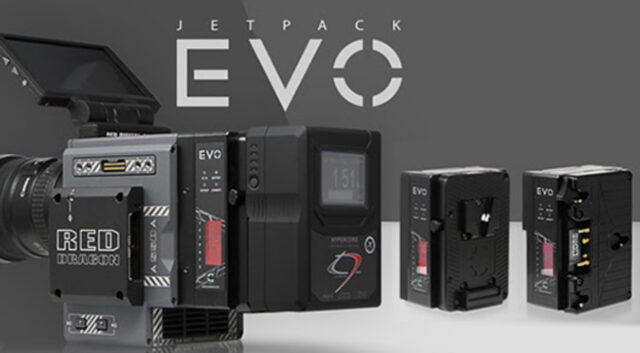 Core SWX already have a couple of brand-specific JetPacks, most notably would be their JetPack for the Sony FS7. But what’s neat about this new line is the integrated battery; it’s not just a battery plate.

So you’re in the field and your RED camera is running out of battery. You switch packs but are faced with a 2-3 minute reboot.
With the Core SWX JetPack EVO you can change batteries whilst maintaining power.

The JetPack EVO contains a 29wh internal battery, and will power up to 15A draw for 5 minutes; plenty of time to change battery packs.

There is a boost/battery assist function should your pack be unable to handle the start-up current necessary. 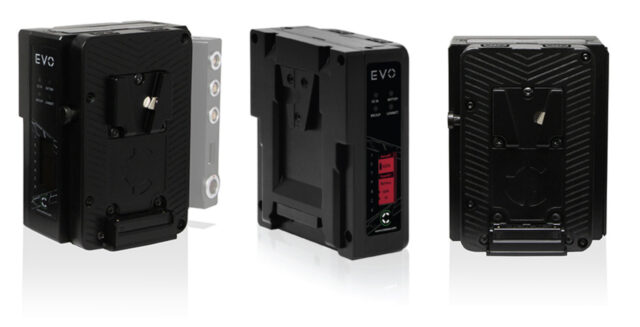 The JetPack works with V-Mount or Gold Mount, and either works as a pass-through plate (v-lock to v-lock for example) or there are versions that mount directly to DSMC2 RED Cameras.

The indicator on the side of JetPack EVO is a backlit LCD and monitors the power source, the internal battery and the current load your camera system is consuming (I’ve asked Core to clarity whether this actually displays in ampage).

There are two D-taps on the top of all JetPack EVOs, and there are also a series of add-on side modules.

“The modules are available in different (configurations) with outputs including two 2-pin LEMO regulated 12v, as well as 3-pin Fischer 24v. The outputs are mechanically engineered to not obstruct connections on a RED DSMC2 Pro I/O module. Modules, depending on type, also have a USB5v and 6-pin LEMO power input should you have available power supply or battery block power accessible.” 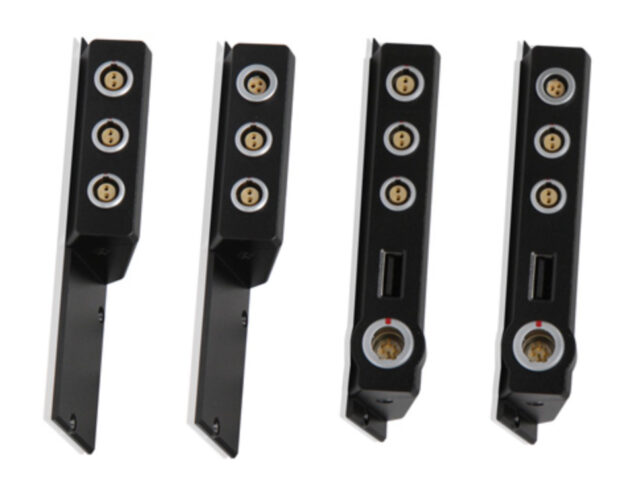 What’s Special About Them?

The side modules have a typical appearance of that of a RED DSMC2 compatible product; all ports are vertically arranged on the dumb side of the camera.

Core SWX state that the modules do not interfere with the RED DSMC2 Pro I/O module, I’ve asked about compatibility with the Base and V-Lock Expander also.

I’ve been looking for a product like this for some time.
It can be quite frustrating when you need to change a battery but doing so means a full 3 minute cycle of the camera powering up and accessories rebooting (such as wireless transmitters).

On traditional sized shoots you’ll have block batteries for continuous power changes, but on the smaller or more mobile ones, the JetPack EVO series could be very handy indeed. 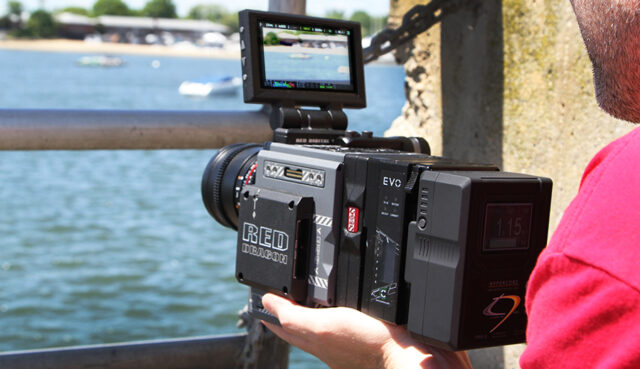 As a regular RED user I have a few questions about pass-through of battery info and how the prioritising of batteries works; we are hoping to get hold of a unit for testing soon.

Pricing for the EVO JetPack V-Lock and EVO JetPack 3 stud (Gold Mount) has been announced at $775.00 each (No word on the specific DSMC2 pricing yet).

The side modules range from $150 to $225, but pre-orders gets you one of these of your choice for FREE.