Core SWX released V-mount and Gold mount (3-stud) battery plates for the Sony FX9. They provide steady 19.5V DC output with LED power indicator. Additionally, there are two D-taps on top and XLR input on the side. They mount directly on the FX9 body with two points of contact. The battery plates can be pre-ordered now for around $499 and they should start shipping in February. 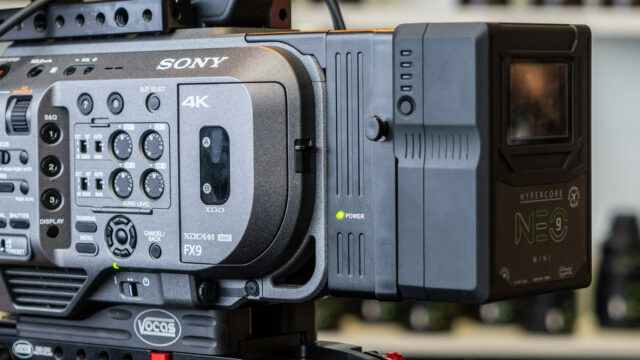 In December 2019 I wrote about the new Core SWX battery plates for Sony FX9 full-frame cinema camera (my article can be found here). At the BSC Expo 2020 show in London, Nino met up with Ross from Core SWX to hear more about these new battery plates. What did we learn about them?

The plates are all-aluminium CNC machined products. They come in both V-Mount and Gold Mount versions and are designed to seamlessly integrate with the camera. They leverage two points of contact with the camera, to provide a sturdy connection. There are two screws on top and a rail guide, which provides another point of contact and prevents any kind of torque. 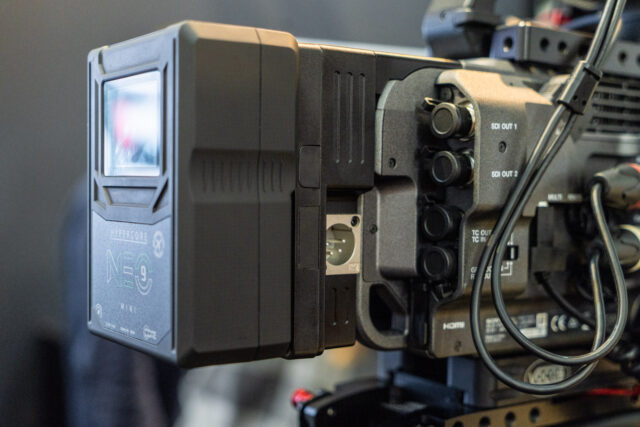 The plates have two D-taps on the front and XLR input on the side. This XLR input can provide hot-swap function for the batteries.

As Ross told us, the unique feature of the Core SWX battery plates, is the LED power indicator on the side. Sony FX9 requires a steady 19.5V voltage to run properly from a DC input connector. Core SWX has a boost converter in the battery plate to keep the 19.5V steady regardless of the level of the battery pack. 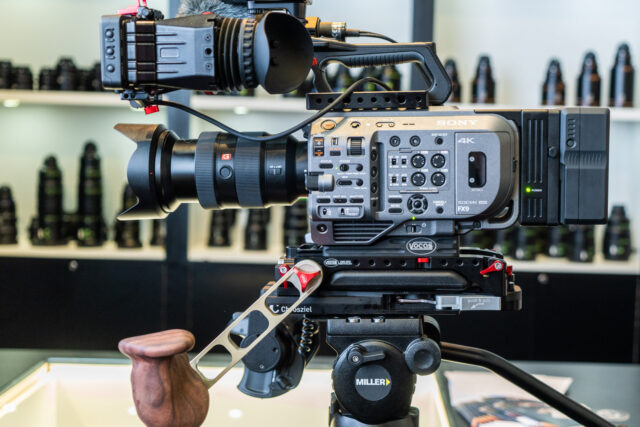 Core SWX battery plates for the Sony FX9 are priced at $499. They can be pre-ordered now already. Ross told us they should be able to start shipping enough battery plates during February 2020.

What do you think about these battery plates from Core SWX? Do you use the Sony FX9 for your work or do you plan to invest in it? Let us know in the comments underneath the article.