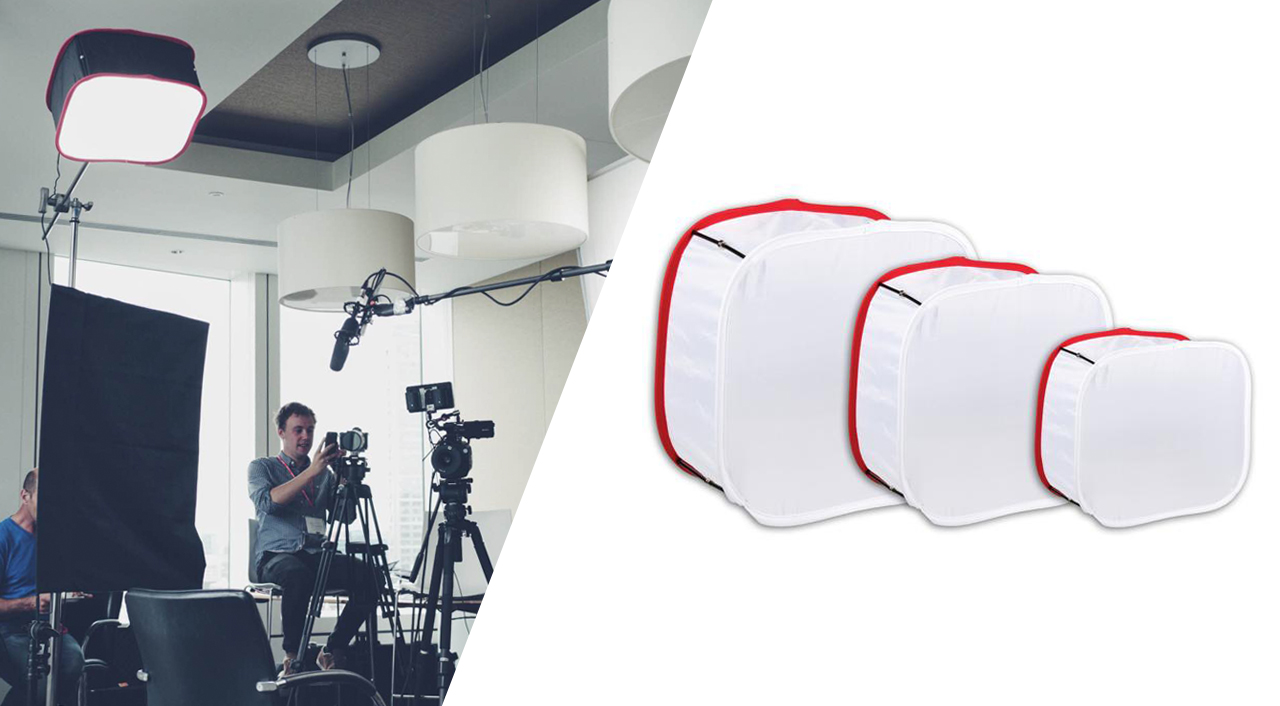 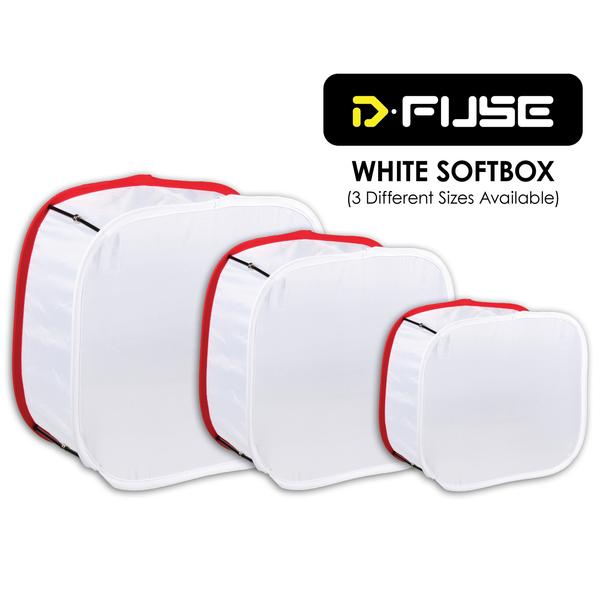 We posted about the original D-Fuse a couple of months ago: it’s a neat little pop-up softbox designed for standard sized 1×1 LED panels.

This release was quickly followed by two others: a larger one for panels like the Litepanels Astra/Aputure Lightstorm, and a smaller one specifically for the popular & affordable Aputure Amaran panel. 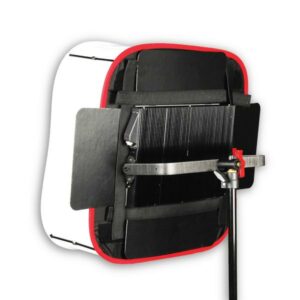 As an owner of all three sizes of the D-Fuse, I’ve been relatively happy with them. Very quick to setup, offering an additional level of softness by diffusing & enlarging the light source, all without the addition of another lighting modifier on another stand.

The new D-Fuse boxes arrive with all white sides as opposed to the black ones found in the originals. This creates spill from the light that travels in multiple directions.

This extra spill can help you with ambient levels in low light environments. Since the light is less focused, you may lose a small amount of stop from the front, but depending on the situation it can be more effective at disguising the direction of the source more. This makes it a great tool for replicating practical lighting, or lighting subjects in dim studio setups. 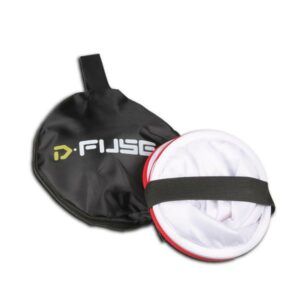 The D-Fuse softboxes are a great alternative to conventional softboxes, much easier to build/pack down and much smaller when travelling. They attach using a set of 4 elasticated velcro tabs, making them fairly universal fitting to a variety of LED panels: just match the front face of your light with the opening of each D-Fuse box.

I would still not pick these over traditional flags, silks and frames, however. The general nature of a softbox is a softer but un-modifiable source. The former options allow you to enlarge in size, pull away or move closer to the light source or subject, and therefore offer much more control over lighting.

However, for compact, run n’ gun situations where another stand and modifier is not possible, these are a great option. 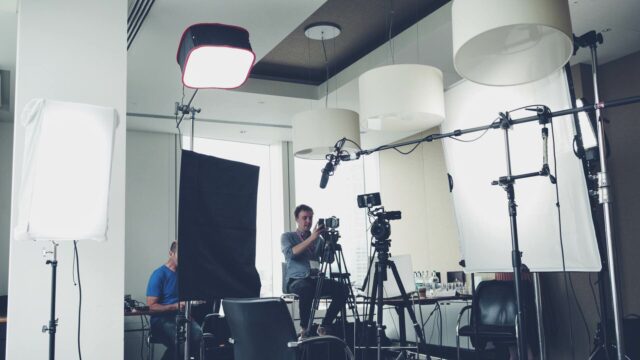 I use the Aputure Amaran D-Fuse box a fair bit for hair light setups. Flying a compact flag in small spaces is not always possible, so it’s nice to have a fuss-free lightweight option to bolt onto the front of the light itself.

The White-Sided D-Fuse boxes come in the same three sizes as the original line.